ERBIL, Iraq– During a visit to the front lines with the Kurdish military forces, Breitbart News witnessed firsthand the lack of modern weapons and equipment the Kurdish forces are using to defeat the Islamic State.

For example, at a furthest point of a Pershmerga advance, overlooking Islamic State strongholds below, the light machine gun used by the Peshmerga was 50 years old.

A senior Peshmerga military officer spoke to Breitbart News about the need for modern weapons, ammunition and equipment: “The weapons that we have now are all old Russian built weapons. As is usually the case for old weapons, they do not work properly. They break down. We don’t have anything else to use, so we have to use them.” Their sniper rifle is from the 60’s and 70’s. The older they get the less reliable they are.”

“If we had the weapons, it would be over,” said the Commander. He added that when the Peshmerga enter villages, the Islamic State fear them despite their superior weapons. While the Peshmerga have received some light weapons, he noted it was not enough to make a difference. 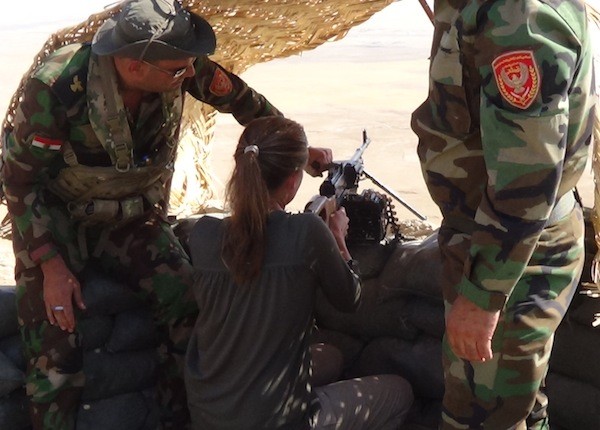 Seven countries have promised to supply weapons to the Kurds to help fight the Islamic State. Several countries have already delivered arms and military equipment, including Britain, France, Germany and Albania. Rudaw news reported that Peshmerga Minister Mustafa Sayid Qadir said that his forces are using foreign-supplied arms in their daily fight against the Islamic State (IS). He told Rudaw “What we have received so far are medium-sized weapons…we have sent it all to the units and command centers.” Before the Peshmerga can use the equipment and supplies out in the field, they have to receive training, so the majority of the foreign supplies still has either not been delivered or used in the field.

The Peshmerga officer said, “if we had the weapons that the U.S. gave to Iraq, we wouldn’t be afraid of any of the countries around us — or Daash (ISIS) — and nobody would be able to take those weapons away from us. Daash is nothing if we had the modern weapons. We are not afraid of Daash at all.” The U.S. has spent billions of dollars on military equipment and supplies for the Iraqi central government.

The international community should implement a strategy of aerial bombings of towns and villages that ISIS has complete control over — including Mosul. The United States needs to use all the necessary force to decimate the Islamic State and use large aerial bombing in certain areas is necessary — and in some situations, the only option.

“We are finding Chechens, Afghanis, Egyptians, Saudis, Syrians, Algerians, and Libyans with the majority being from Iraq and Syria,” said a senior Peshmerga officer.

According to Rudaw news, the Peshmerga are recruiting Christians to join the fight against ISIS. General Aziz told Rudaw news “the Kurdish Peshmerga Ministry has answered a call by Christian leaders to recruit members of the community to “protect themselves and their areas.”

Rudaw reported Aziz stated “We ask the young people of the Chaldean and Assyrian [communities] to register themselves to serve in the ranks of the Peshmerga forces of Kurdistan.” “Whatever people group they are, we know that we have to protect them within our borders, because this is our land and we are all willing to die protecting it,” said the Peshmerga officer.

The Kurds are surrounded by enemies on all sides and have never been accepted by their neighbors; their borders are Syria, Iran, southern Iraq, now controlled by the Islamic State, and Turkey. The Kurds story is a history of persecution and oppression — they have had to fight for their very survival. Some of the Peshmerga have been fighting since they were 13 years old. 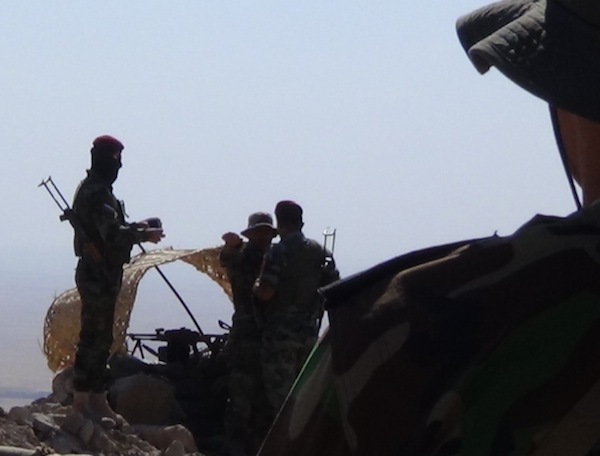 The Kurds are pro-democracy and pro-West. “We would join NATO if we could” said a Peshmerga senior military officer. “Why shouldn’t we be cooperating with America or any Western country? Why wouldn’t any Western country want to cooperate with us? It was America that has been keeping our enemies at bay. If America came and wanted 70% of our land and we only had 30%, we would be happy to have America here and safe.”