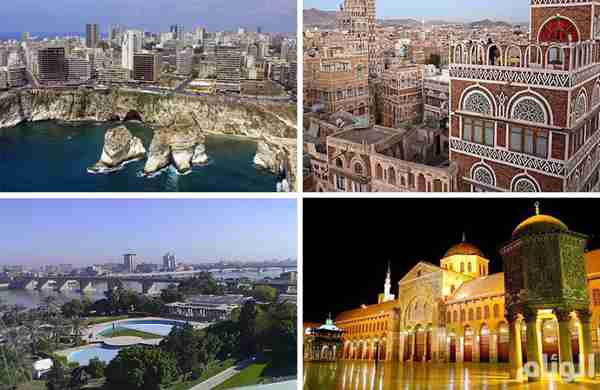 Iran-backed Shia Houthis celebrated with fireworks on Monday aftersigning a UN-brokered “peace agreement” that required the governmentto resign, replacing it with one that gives power to the Houthis.It’s believed that they will follow the same path as Hezbollah inLebanon — using a power-sharing agreement combined with militarypower with weapons and money supplied by Iran to take majority controlof Yemen’s government.

Member of Iran parliament Ali Reza Zakani, who is close to Iran’ssupreme leader Ayatollah Seyed Ali Khamenei, bragged that Sanaa isfourth Arab capital in Iran’s grasp, joining “the three Arab capitalswho are already a subsidiary of the Iranian Islamic revolution,” andpart of “the greater jihad.” He predicted that 14 out of 20 countiesin Yemen would soon be under Houthi control. The other Arab capitalsreferenced by Zakani are Beirut Lebanon, Baghdad Iraq, and DamascusSyria.

Hezbollah gives Iran a presence in the Mediterranean, Iran itself hascontrol of the Strait of Hormuz at the mouth of the Persian Gulf, andcontrol of Yemen gives Iran a stranglehold on the entrance to the RedSea.

Analysts do not believe that the Houthi control of Sanaa is permanent.Sunni ethnic groups are expected to regroup and oppose the Houthismilitarily. BBC andAl Arabiya and AlWeeam (Trans) and Daily Star (Beirut)

Qatar remains reluctant partner in coalition against ISIS in Syria

The barrage of airstrikes announced by President Barack Obama aredirected primarily against the Islamic State / of Iraq and Syria (ISor ISIS) in Syria, without the permission of the Syrian regime, andwith opposition by Russia. Previous airstrikes were directed at ISISin Iraq, with permission of Iraq’s government.

Qatar was named by the US administration as the fifth participatingArab country, but apparently Qatar did not actually participate in thebombing. Qatar’s official state news agency did not mention thestrikes at all, while Qatar-based al-Jazeera prominently mentioned theairstrikes, and the other Arab countries’ participation, but failed tomention Qatar’s role. It’s also being widely noted that Turkeyis not participating, and is not even permitting itsair bases to be used.

As readers are aware, I’ve been writing frequently about of thecontinuing realignment of the entire Mideast following the Gaza war and the rise of ISIS. In this realignment, Turkey is aligned withQatar and Hamas, versus Egypt, Saudi Arabia, and the PalestinianAuthority. Turkey also has maintained cordial relations withISIS, because ISIS held 49 Turkish diplomats as hostages untilrecently, and because ISIS is fighting Syria’s Bashar al-Assad,Turkey’s bitter enemy.

Radical Salafist groups in the Mideast are also supporters of ISIS,and Qatar is suspected of having a connection.

I have not heard any analyst say that ISIS can be defeated or evenmoving very quickly, and it’s clear that many realignments have yet tooccur, as the Mideast heads for a full-scale regional war, aspredicted by Generational Dynamics. Daily Star (Beirut) and CNN

The Centers for Disease Control on Tuesday warned of a worst-casescenario that the number of people in Sierra Leone and Liberiain West Africa infected with the Ebola virus could exceed1.4 million by mid-January. However, the CDC also wishfullyadded that the number of cases could peak below that, ifefforts to control the outbreak are ramped up.

These figures are consistent with the ones that I posted recently in “18-Sep-14 World View — Will Ebola become a worldwide pandemic?” One thing that the CDC didnot mention is that if there are 1.4 million infections bymid-January, then the number of infections will continue to growexponentially beyond that point, until almost all of the 10 millionpeople in these two countries have become infected. AP