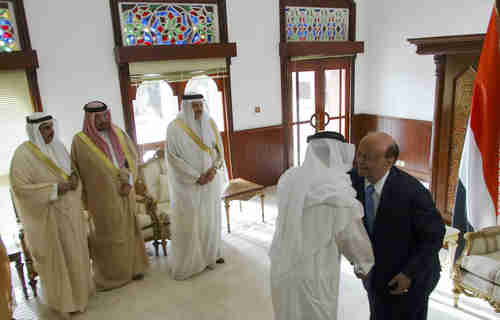 Saudi Arabia’s ambassador to Yemen is leaving the capital city Sanaa and moving to the southern city of Aden. Other Arab countries in the Gulf Cooperation Council (GCC) are expected to follow suit.

Shia Iran-backed ethnic Houthis from northern Yemen last October invaded and occupied Sanaa. The constitutional president Abd-Rabbu Mansour Hadi last month first resigned then escaped the Houthis and fled to Aden, where he has a power base among Sunni tribes.

For the West, the biggest fear is that all this chaos will give rise to a stronger Al-Qaeda in the Arabian Peninsula (AQAP), which is headquartered in Yemen. With regard to this point, there are some analysts saying that AQAP will not gain strength, because both Hadi and the Houthis oppose AQAP. However, there are now three major centers of power in Yemen — the Houthis, Hadi in Aden, and AQAP — and the possibility of a new civil war cannot be discounted.

As UN Secretary-General Ban Ki-moon recently said, the country “is collapsing before our eyes.” National Yemen and Washington Post

It is possible that the Sanaa government will soon be unable to pay salaries within a few weeks. The economic collapse represents a recruiting opportunity for Al-Qaeda in the Arabian Peninsula (AQAP). Widespread protests and riots, as well as terrorist acts by AQAP, are expected to increase. Bloomberg

The US Labor Department said on Thursday that its consumer price index (CPI) fell 0.7% in January, after falling the previous two months as well. In the 12 months through January, the CPI fell 0.1% over the year. The economy continues its deflationary spiral that is predicted by Generational Dynamics.

Europe has clearly been in a deflationary spiral for a couple of years, with January’s inflation rate at -0.6%. On Thursday, Germany announced that it will sell five-year bonds at negative yields (interest rates) for the first time ever. That means that if you have a lot of money and you want to put it into the bank for safety, then you have to pay the bank money to keep it.

The negative interest rates are forcing investors to look for other places to invest, and one of those places is Wall Street, which is part of the reason for the surge in stock prices.

The result is that the Wall Street stock market bubble is exploding to new highs. According to Friday’s Wall Street Journal, the S&P 500 Price/Earnings index (stock valuations index) on Friday morning (February 20) is still at an astronomically high 19.79. This is far above the historical average of 14. It is a large jump from last month, and it is a fresh high in recent years. This indicates that the stock market is in a huge bubble that could burst at any time. Generational Dynamics predicts that the P/E ratio will fall to the 5-6 range or lower, which is where it was as recently as 1982, resulting in a Dow Jones Industrial Average of 3000 or lower. It’s best to keep money in cash, even in the face of mild deflation, because you stand to lose a great deal of money if/when the stock market crashes. Reuters and Investment Week and Reuters