India and China battle for strategic influence in the Indian Ocean 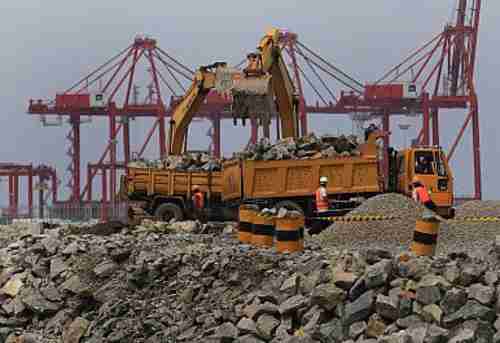 The event that triggered the trip was a visit by China’s president Xi Jinping to the Maldives Islands, a group of islands in the Indian Ocean, just southwest of the southern tip of India. Xi was the first Chinese leader ever to visit the Maldives, and the key outcome was agreements on a number of infrastructure projects, including bridges, roads and a new airport. There is a palpable fear in India that China will dominate the foreign investment sector in the Maldives, and turn the infrastructure projects into military installations that could put India itself in danger.

Modi was also scheduled to visit the Maldives during his travels beginning March 11, but political turmoil forced a cancellation. However, Modi is still traveling to Sri Lanka, Seychelles and Mauritius.

The Seychelles is a 115-island nation located off the eastern coast of Africa, just northeast of Madagascar. India was alarmed in 2011 at reports that Seychelles was offering China maritime bases for military purposes, once again because of the possibility of a complete military base. This is why Modi will be looking to increase his security cooperation with Seychelles.

Modi will also be traveling to Mauritius, an island nation just east of Madagascar. The country has been looking to attract investments from China, but India is providing a 1,300-tonne Indian-built patrol vessel to help it protect its coastline.

Sri Lanka, a large island located just south of the tip of India, has close historical and cultural linkages with India, but China has been strengthening ties.

The previous government, headed by Mahinda Rajapaksa, was developing closer and closer relations with China. In particular, China supported the governing Sinhalese during the recent civil war with the Tamils, while India has a large Tamil population. Rajapaksa awarded China with numerous infrastructure projects, and allowed the frequent docking of Chinese submarines in the port of Colombo, the capital city.

However, the new government, headed by Maithripala Sirisena, has pledged to “correct” Sri Lanka’s perceived tilt towards China in the months to come. Lowy Institute (Australia) and The Diplomat

Anyone who has been reading World View for the last few days is aware that Boris Nemtsov, a high-profile political opponent of Russia’s president Vladimir Putin, was assassinated right at the Kremlin’s front door, and that five Chechens were charged with the crime, presumably under orders from Chechnya’s strongman leader, Ramzan Kadyrov.

Now, with Putin back from his 10-day vanishing, that whole theory has been thrown into question. The suspects are credibly claiming that they were tortured into making a confession, and other holes have been appearing in the argument.

It’s clear from the nature of the assassination that it was done by Kremlin insiders, so now the public is beginning to speculate that if Kadyrov wasn’t responsible, then Putin himself was responsible. There will be more to come. PRI