NORTHERN IRAQ– The battle against ISIS in Iraq has come to a “standstill” as the United States and other Western nations provide insufficient weapons support for Kurdistan, while providing the Iraqi army with advanced weaponry that has fallen into the hands of ISIS.

Speaking to a foreign fighter volunteer with the Christian Assyrian militia, she stated, “some of us are frustrated because we are on the defensive and not offensive.”

She continued, “The U.S. is setting the lines… can’t go on the offensive, can’t advance without their permission. For example, the ISIS parade in Ramadi, why wouldn’t you take out the parade of Daesh?” she asked, referring to a victory parade in Ramadi following the siege of that city in May.

“I think the greater threat is Iran, which is really scary because ISIS are pretty terrible,” she said. “It’s ugly, it’s getting uglier.”

Another foreign fighter volunteer with an Assyrian Christian militia said that everything here was on a standstill, and no one had an adequate explanation for why. He spoke about the frustration he has with the situation, “for some ungodly reason nobody wants to change the situation here. Someone is trying to stop any advance for some reason.”

“Someone has effectively stopped all advance. This war is currently at a standstill. Daesh are the only people pushing on an offensive and found a strong front line with the Peshmerga,” he said.

“The Peshmerga have dug in trenches and are holding the line, but there is no offensive,” he said. “It seems the U.S. has stopped the offensive of the Peshmerga. It’s like they tell the Peshmerga you can’t go out any further or you won’t get support from airstrikes… the big question is: why?”

“It is frustrating sitting on a base and watching bad guys and not being able to do anything about it,” he explained.

“Why? That is big question. Someone is setting the line that nobody can advance on,” he said. “We can walk to the city near us that Daesh controls and take it, but they won’t let us. This is a war of attrition.”

He said, “If you had one Army Division here you would defeat ISIS by this summer. If you started the first day of Ramadan, you would have defeated ISIS by the last day.” 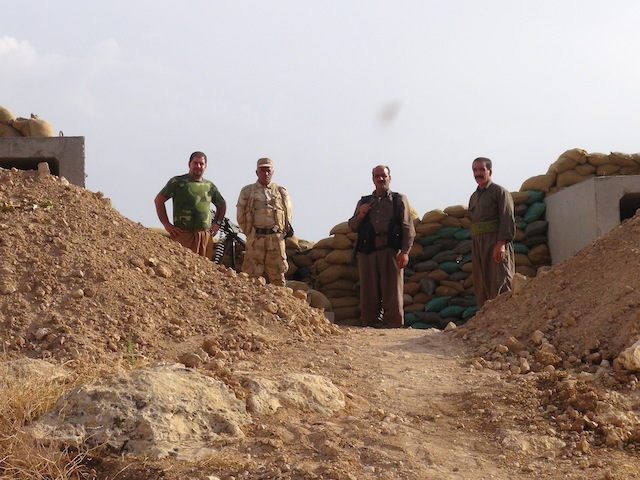 Speaking to a senior Peshmerga officer who has spent 27 years fighting in the Peshmerga, he spoke about the need for weapons and equipment to fight ISIS. He spoke about the threat that ISIS poses to not only Kurdistan, but also the world. “ISIS does not only fight in Kurdistan but all countries. The Peshmerga are fighting ISIS for the whole world,” he said.

The Peshmerga officer expressed his gratitude for the U.S. support and airstrikes, but said it is not enough. “Many countries support the Iraqi government, but they don’t give to the Kurdish government…when the Iraqi government receives equipment and support, they give it to the Shia militias, and not all of the Iraqi Army,” he said.

“We don’t know what the Iranian Shia militias will do after the war,” he said. This concern seems to be shared among many in Kurdistan.

Iraqi Prime Minister Haider al-Abadi said last Sunday that Iraqi security forces lost 2,300 Humvee armored vehicles in Mosul alone when ISIS overran the city last June, that does not include the weapons that were also lost.

“ISIS has equipment that is more effective because they take from the Iraqi government and Syrian government,” said one Peshmerga senior officer. “We don’t have equipment like ISIS… the Peshmerga have human support, but not the equipment.”

The need for modern weapons and equipment was experienced first-hand by Dave Eubanks, with the Free Burma Rangers, who was providing medical training to the Peshmerga. During one of the training sessions, the trainees came under fire from rocket, mortar and rifle fire from ISIS. The Peshmerga responded with small arms, which did not deter the attack and said they did not have mortar ammunition to fire back so they just had to endure the attack.

“They have a critical shortage of mortar and anti-tank weapons and ammunition,” said Dave Eubanks. “Their dedication and bravery in the face of superior fire power is sobering and inspiring. Grandfathers, college students, car wash attendants, mechanics are all on the line together-spread thinly in a united effort to stop ISIS. Morale is high, but the state of ammunition and heavy weapons is low.”

“The Peshmerga are very grateful to the U.S. and other countries for delivering airstrikes and for all the support they have received, but they still need such basic weapons such as medical supplies, trained medics on the front lines, night vision and binoculars.”

He said, “They are in need of anti-armor weapons, crew served weapons and ammunition, mortars, artillery, along with trained fire support personal, helicopters for medevac, as well as to interdict targets.”

Tera Dahl is Executive Director of the Council on Global Security. All photos courtesy Tera Dahl. 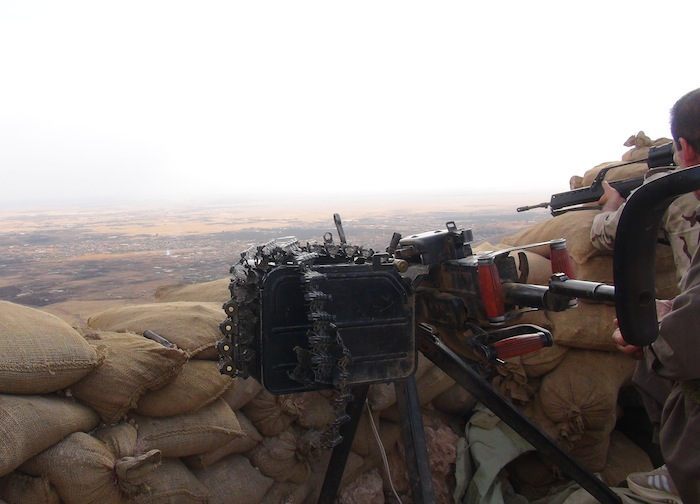