Alaa Saadeh, 23, of New Jersey was charged with conspiring to provide material support to the Islamic State (/ISIS/ISIL) terror group, the Department of Justice revealed Monday.

The West New York, New Jersey resident allegedly helped secure safe passage to his brother, who left the country on May 5, 2015 via John F. Kennedy airport in New York to join the Middle East terror group. Saadeh, along with another co-conspirator, unnamed and referred to as “CC-2,” (but who fits the description of 20-year-old Queens native Munther Omar Saleh) had plans to link up with CC-1 (his brother) and join ISIS. 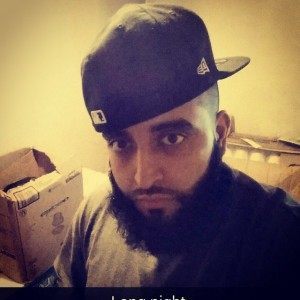 In the complaint, CC-1 is revealed as the brother of Saadeh, a “20-year-old dual citizen of the United States and the Kingdom of Jordan.” At the time of his arrest, Saadeh’s father lived in Oman and his mother in Jordan. The complaint also reveals that Saadeh’s brother was arrested by Jordanian authorities before he could join ISIS.

The four (along with “others” who remain unidentified) were allegedly part of a New York-New Jersey ISIS cell that included Samuel Rahamin Topaz, an New Jersey man who was arrested and charged on June 19 with supporting the jihadist outfit. Saadeh’s brother converted Topaz to Islam, according to the complaint.

An FBI informant, who was described as a “close, personal” friend of the two siblings, said about their conversion to radicalism:

CC-1 (Saddeh’s brother) is intensely religious, constantly speaks about religion and (now only) speaks in Arabic with Defendant Saadeh.

Saadeh is the fifth resident of the tri-state area who has been arrested in June in connection to the Islamic State, the FBI said.

Each count charged against Saadeh holds a maximum penalty of 20 years in prison and a $250,000 dollar fine.