Russia opens a dangerous new chapter in Syria and the Mideast 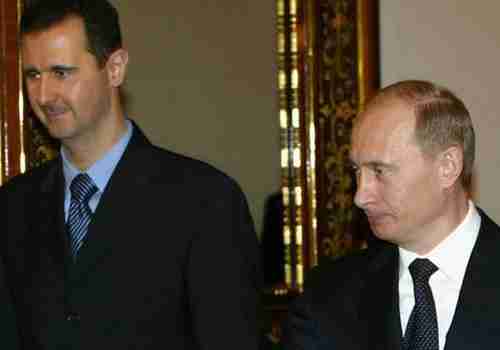 I have written thousands of Generational Dynamics analyses since 2003, and there are certain themes that have been repeated dozens and dozens of times:

Many of these predictions are well over ten years old, based on generational analyses available at the time. Just to take one example, one way (of several) that I knew ten years ago that Iran would become our ally is that in the early 2000s, Iranian college students were having large pro-American demonstrations. Today, those college students are 30-40 years old, moving into positions of power, and changing Iran’s politics, waiting for the survivors of the 1979 Great Islamic Revolution to die off.

In the last few days it has become clear that Russia is in the midst of a massive, aggressive military injection of weapons and ground troops into Syria, and that Russia’s forces will fight alongside those of the regime of Syria’s president Bashar al-Assad, fighting (and exterminating) Sunni populations, whether the populations are linked to the so-called Islamic State (IS or ISIS or ISIL or Daesh), or linked to Jabhat al-Nusra (al-Nusra Front), or whether they are simply ordinary, innocent men, women and children.

It is hard to overestimate the significance of this development, and how it will move the above list of war scenarios forward by quite a bit.

Here are some examples:

There are powerful generational forces pushing the Mideast in the directions that I listed at the top of this article. In the last couple of years, we have seen the Mideast descend step by step into war. The arrival of Russia’s military in Syria continues the trend in a major way. Al-Jazeera and CBS News and Debka

‘Putin’s Plan’ for Russia and Syria

As we described two days ago in “11-Sep-15 World View — Russia, Iran sending troops to Syria as chemical weapons use grows”, Putin’s plan is to form a broad international coalition to support the al-Bashar regime, but nominally to fight ISIS. The coalition would unite Syrian forces, Russian forces, Iranian forces and Western forces, and would receive a mandate from the United Nations Security Council.

I would like to say that there is not a snowflake’s chance in hell that the Obama administration would go along with this disastrous plan, but after what we have seen in the administration’s willingness to bend over backwards to accommodate the demands of Russia and Iran in other areas, we really can’t count on anything.

Russia opened the dialog on Friday with a call for military-to-military cooperation between the Russians and Americans in Syria, in order to avoid “unintended incidents.” The message seems to be pretty clear that Russia is planning to take control of Syria’s airspace, and possibly Iraq’s as well, and that American and Israeli warplanes will be forced to stay out.

President Obama issued a hard-hitting warning to Russia on Friday, saying, “But we are going to be engaging Russia to let them know that you can’t continue to double-down on a strategy that is doomed to failure.”

I like to reference Debka’s newsletter because it contains valuable insights into what’s going on, but it’s written from Israel’s point of view, and sometimes gets things wrong. This week’s subscriber-only newsletter (sent to me by a subscriber) contains an analysis of the Russia’s objectives in Syria:

How is Vladimir Putin different from Ronald Reagan?

How is Russia’s president Vladimir Putin supporting Syria’s Bashar al-Assad different than Ronald Reagan supporting Iraq’s Saddam Hussein in the 1980s? Both of them were extremely brutal and committed horrific atrocities, with the protection of a superpower allowing them to get away with anything they wanted. Saddam could match Assad, perhaps even exceed him in brutality.

It is an interesting question, but I think that there are differences.

Choosing the lesser of two evils

But we allied with Stalin because he was the lesser of two evils.

In the 1980s, Iran had kidnapped our diplomats, and was practically declaring war against us and Israel. Prior to Saddam’s use of chemical weapons in 1988, Saddam was considered the lesser of two evils. (Although Henry Kissinger once said of the Iran-Iraq war that “It’s a pity that both sides can’t lose.”)

Russia is using the same argument — that al-Assad is the lesser of two evils, the other evil being ISIS.

The problem with Russia’s argument is that ISIS didn’t exist when Russia began supporting al-Assad.

Let’s review what happened: Bashar al-Assad has killed tens of thousands of innocent Sunni women and children using Russia’s heavy weapons, he’s killed children by sending missiles into exam rooms and bedrooms. He has used Sarin gas against his own people, and he has killed countless more with barrel bombs loaded with explosives, metals, and chlorine gas. In addition, he’s used electrocution, eye-gouging, strangulation, starvation, and beating on tens of thousands of prisoners on a massive “industrial strength” scale, and does so with complete impunity, and has been doing so for many years. That’s good enough for me to call him a psychopathic genocidal monster and a war criminal.

The actions of these three war criminals drew jihadists to Syria from all over the world, resulting in the creation of ISIS, and resulting in over 11 million Syrian refugees, hundreds of thousands of which are now flooding into Europe, creating a refugee crisis comparable to WW II. And the suffering of these millions of Syrian refugees is of no consequence to Syria, Russia or Iran. In fact, my guess is that Vladimir Putin, Bashar al-Assad and Iran’s Ayatollah Seyed Ali Khamenei are all rubbing their hands with glee over the suffering they’ve caused, because it distracts the West from their military actions.

So Russia’s argument that it is only supporting the “lesser evil” is not valid because when Russia began supporting al-Assad, the other “evil” was peacefully protesting innocent men, women and children. Putin and al-Assad took steps that created ISIS, the “other evil,” and now they’re justifying their actions by saying that they have to fight the evil that they’re responsible for.

It is almost impossible to believe how much damage these three war criminals have done to the world, with complete impunity. If this kind of disaster had been predicted five years ago, no one would have believed it.

At least it makes it easier for us to understand how Hitler got away with it for so long.