Daily Beast columnist and CNN contributor Dean Obeidallah started off the new year with a tweet suggesting Donald Trump is a bigger threat than the Islamic State.

In the tweet, Obeidallah writes that al-Qaeda and ISIS are “using Trump’s words to help recruit” soldiers for their Islamic Caliphate and that he is “unqualified” on foreign policy, thereby suggesting that Trump is “more a threat to the US than [the Islamic State].” Trump has proven to be the strongest presidential candidate, on both sides thus far, to come out against the radical Islamic organization.

Al Qaeda and ISIS using Trump’s words to help recruit shows how unqualified Trump is on foreign policy. He’s more a threat to US than them

On December 2, the married radicalized jihadist couple of Syed Rizwan Farook and Pakistani-born Tashfeen Malik carried out a terrorist attack in San Bernardino, California killing 14 people and injuring 22. The couple reportedly pledged allegiance to the Islamic State on social media prior to carrying out their terrorist act, and federal investigations have revealed they were in touch with radical Islamic organizations prior to meeting and marrying in 2014.

In response to a slew of terrorist attacks taking place against the Western World, Trump has suggested placing a temporary freeze on Muslim non-citizens entering the United States to ensure the safety of U.S. citizens as a global strategy is formed to combat the growing strength and threats of the Islamic State.

A video titled “No Respite” which was released by the Islamic State just before the holidays features Bill Clinton, labeled as a “fornicator,” and attempts to recruit people based on their hatred of his extramarital affairs and the marriage rights of American homosexuals. President Obama is also featured in this latest video, which alludes to the scandal over cooked intelligence reports currently rocking the Obama White House, which has been accused of falsifying and doctoring intelligence to make Obama’s anti-ISIS strategy look more successful.

Obama has also been featured on the cover of Dabiq’s 11th issue (“From the Battle of Al-Ahzab to the War of Coalitions”), in a forward-leaning position engaged in conversation with Turkish President Recep Tayyip Erdogan. The magazine’s 9th issue (“They Plot and Allah Plots”) features Kerry standing in a long line of Saudi Arabian leaders and smirking. 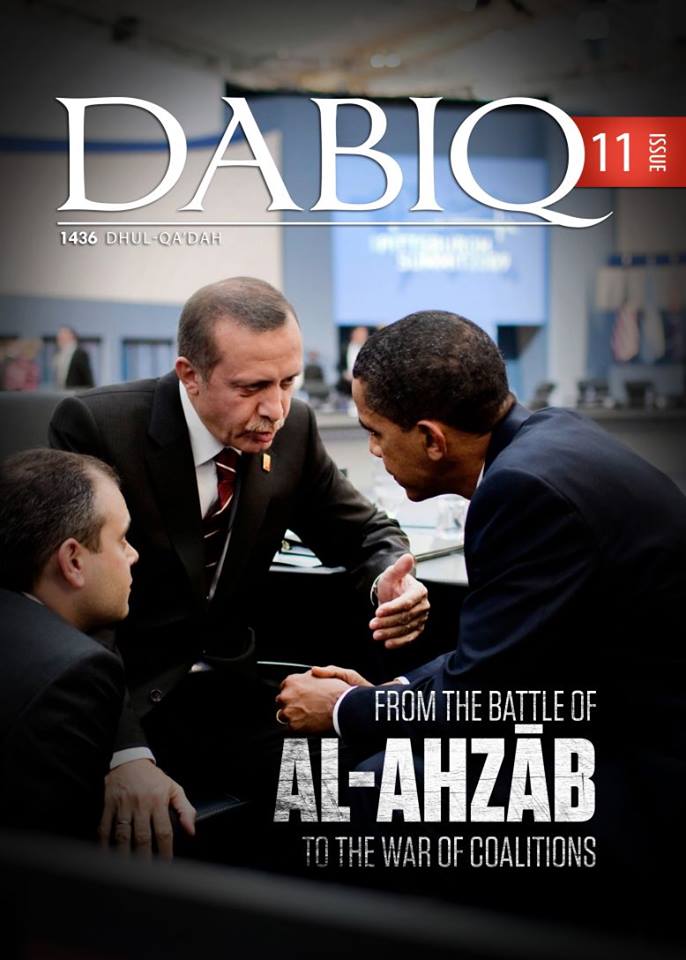 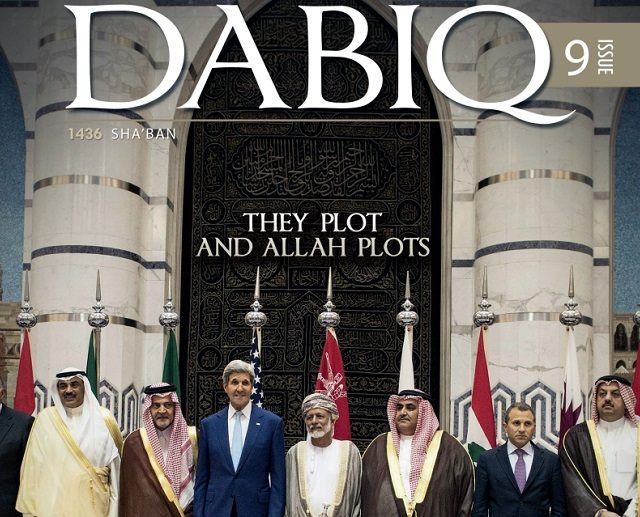 It was Obama’s failed foreign policy and his decision to prematurely withdraw ground troops from Iraq which helped further fuel the growth of the Islamic State.

Obeidallah, who is a Muslim himself, told Breitbart’s John Nolte to “go f**k” himself last month in response to a tweet in which Nolte said Breitbart News does “not smear or condemn Muslims cuz they are Muslim” after Obeidallah asked “[W]hy wont Brietbart look at Trump’s Muslim partners -do u not care if they funded Hamas?!” Obeidallah then proceeded to suggest Trump was like Hitler and compared Nolte to Hitler’s top propagandist Joseph Goebbels.

In the past, Obeidallah has attacked former Republican presidential candidate Mitt Romney’s black grandchild during an MSNBC panel discussion. “I think this picture is great. It really sums up the diversity of the Republican party, the RNC. At the convention, they find the one black person,” he said at the time.