The BBC’s Jimeh Saleh returned to Maiduguri, Nigeria, where he was born, and traveled into Boko Haram territory with the Nigerian Army.

The military took Saleh and his team to the Sambisa Forest, the first time any journalists set foot in Boko Haram’s stronghold.

Saleh stopped at Konduga, which he described as a former thriving market town. His former neighbors said Boko Haram constantly attacked them in 2014 “before those who survived fled for their lives.” 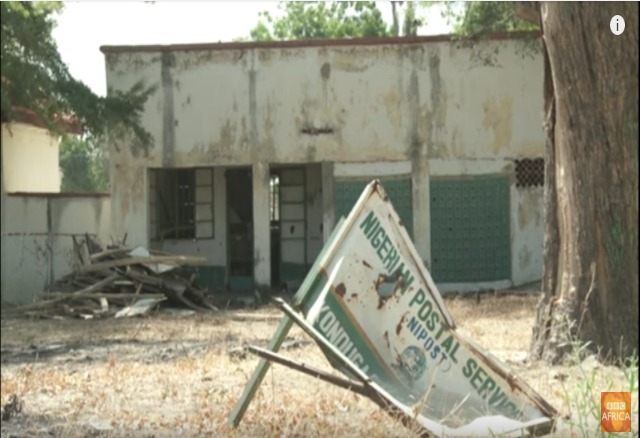 Konduga used to be a “thriving market town” before Boko Haram destroyed it.

“We wanted to talk to some about their experiences, but there is no one left,” lamented Saleh.

Saleh and his escorts stopped at the local military base, where one lieutenant insisted they are closing in on Boko Haram. The military has “caged” in Boko Haram, so with “one last offensive,” the army can eliminate the radical Islamic group.

But if the army does move into the Sambisa Forest, the terrain with no roads could pose many problems for the army.

“It is also flanked with shallow water, making it harder to attack and impossible for us to access,” he stated. 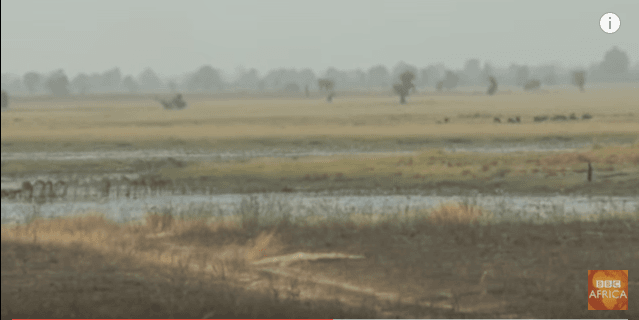 These are a few of the shallow waters that surround Sambisa Forest.

The army cannot travel down the main road to Sambisa Forest because Boko Haram terrorists have lined it with explosives and weapons. Instead, they used another road to show Saleh and his team their previous “home away from home” for a long time. They destroyed the camp, though, when they did not need it anymore. 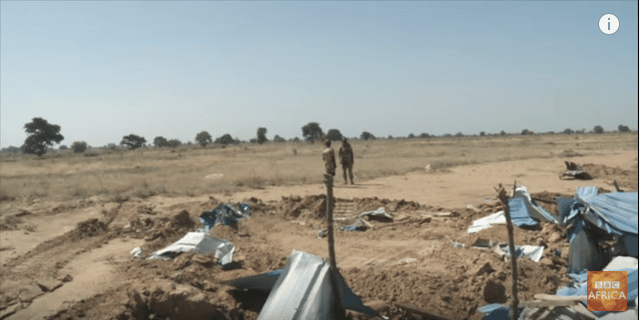 The camp the Nigerian army used to fight against Boko Haram.

From the camp, Saleh entered the forest grounds.

“Silent, but rotten inside,” is how Saleh described the area around him.

Saleh began taping a segment, but the military noticed movement in the distance. 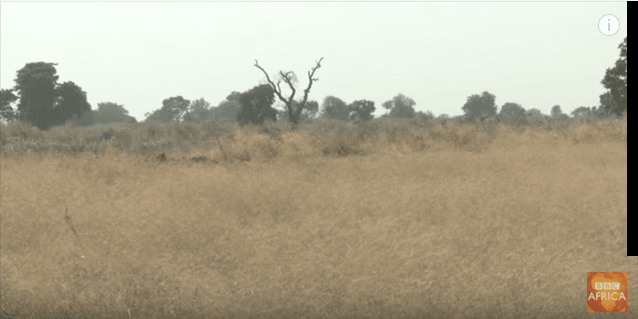 The military noticed movement in the distance, which forced Saleh to stop filming.

“Without warning, we are told to leave,” said Saleh.

Inside the truck, troops told the journalists they feared Boko Haram was going to launch an attack.

“Fear,” concluded Saleh. “It is something the people of Borno state live with every day.”

In August, Nigerian President Muhammadu Buhari vowed his military would destroy Boko Haram in three months. Boko Haram has been terrorizing Nigeria since 2009, killing over 20,000 and spreading into Cameroon, Niger, and Chad. The attacks have displaced over 1.5 million people.

On Christmas Eve, Buhari asserted the military had met its deadline and won the war against Boko Haram, since the terrorist group could no longer launch massive attacks.

However, on December 27, Boko Haram attacks killed close to 80 people in Maiduguri.

Witnesses claimed the militants “blew themselves up” as other jihadists fired “from the back of three trucks and launched grenades that set homes afire in Duwari village. One woman pretended to be a victim, but detonated her bomb as she gathered a family. Another woman jumped into a group of victims and blew herself up.”

Residents told the media the terrorists killed Duwari’s village chief and ten of his children.

Also, three Female suicide bombers who later turned up allegedly claims to have escaped from the Boko Haram insurgents and were surrounded by the villagers also blew their selves and others while three houses were razed down.

Victims of the attack told newsmen that seven men were seen wearing Army Uniform and came to their village and convinced the villagers that they were soldiers who come to visit them, only to open fire on whoever they found around including some vigilante group.

Other victims have said men dressed in army uniforms claimed they were there to help, “only to open fire on whoever they found around including some vigilante group.”