North Korea’s explosion was probably not a ‘hydrogen bomb’ 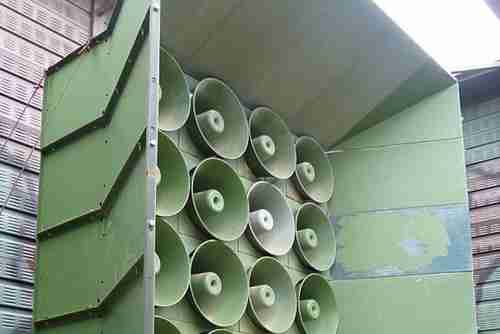 Last week, North Korea’s news service reported that Kim Jong-un had “made the final decision on January 3 to go ahead with the hydrogen test and accordingly we have conducted hydrogen bomb test at 10 a.m. on January 6 with total success.” The weapon was to be used to defend against the United States. The test was immediately condemned by officials around the world — in the US, China, Russia, South Korea, and the United Nations to start.

A hydrogen bomb is about a thousand times more powerful than an “ordinary” atom bomb, and actually uses a small atom bomb to trigger the h-bomb explosion, so this would be a significant development if true. However, many observers quickly pointed out that all the signs indicated that it was not an h-bomb, but a “boosted” a-bomb, using a small amount of nuclear fusion to produce copious amounts of neutron radiation that, while contributing little to the explosive yield directly, caused additional fissions that would boost the bomb’s yield.

Forensic scientists have been trying to collect clues that would indicate what kind of device it was. Access to the actual site of the explosion is, of course, forbidden, but information will come from aircraft circling North Korea and sniffing for radioactive fission products that have vented to the atmosphere. By measuring the atomic weights of the isotopes in the fission products, it is possible to determine which kind of weapon it was. Combining that information with the explosive yield of the weapon, forensic scientists should be able to make a pretty accurate determination. According to news reports, few people today believe that an actual h-bomb was exploded. Popular Mechanics and The Atlantic

In response to North Korea’s fourth nuclear test, the South Korean military has resumed an earlier practice of broadcasting propaganda via loudspeakers located along the border between the two nations. The propaganda is broadcast at 11 sites near the border, and includes a great deal of content, according to the South Korea’s military: pertinent truth about the repressive state including a purge of the North’s high-ranking officials, criticism about the Kim Jong-un regime, the superiority of democracy, international news, weather information, and K-pop (Korean pop) music, a genre of music popular in South Korea.

This seems to me, and probably to most people, to be a very mild form of retribution by the South Koreans against the North. But apparently its psychological impact is enormous, because it infuriates the North Korean government so much that they claim that it is an act of war.

South Korea was broadcasting such propaganda to the North starting in 1962, only taking down the loudspeakers in 2004 when because of a landmark agreement between the two. The speakers were reinstalled in 2010 after the North torpedoed the South Korean warship, Cheonan, killing 46 sailors (see below). However, because of furious objections by the North, the speakers were not used at that time.

South Korea resumed propaganda broadcasts for a couple of weeks in August 2015 after land mines planted by the North Koreans exploded and wounded two South Korean soldiers. The broadcasts ended after an August 25 agreement.

The new decision, following the announcement of the “hydrogen bomb” test, was to resume the broadcasts and also impose some sanctions — to suspend social and cultural exchange and aid projects by civic groups, and to limit entry into the Gaeseong (Kaesong) Industrial Complex (GIC), which is a major source of foreign exchange to North Korea. The South Korean government says that further action will await a decision by the United Nations Security Council.

In taking these actions, the South is risking the possibility that the North might decide to retaliate militarily, something that could spiral into a larger war. Hankyoreh (Seoul) and AP

On March 26, 2010, the South Korean warship Cheonan was sunk by an explosion. It was immediately assumed that the attack came from North Korea, but for weeks, South Korean President Lee Myung-Bak carefully avoided accusing the North of being responsible for the explosion, for fear that merely saying so would also compel him to a declaration of war. It took two months for nationalistic fury to cool down enough. (See “21-May-10 News — S. Korea accuses N. Korea of sinking warship”)

At that time, South Korea imposed what have become known as the “May 24 Sanctions,” a set of measures that ban any trading activities between the two Koreas, except for the Gaeseong Industrial Complex (GIC). South Korea demanded that the north apologize for the Cheonan attack before the sanctions would be lifted, but the North has refused to do so.

The “May 24 Sanctions” have never been fully lifted, but last year’s August 25 agreement (mentioned above) between has improved relations between the two Koreas – until now.

US intelligence officials concluded that North Korea’s dictator Kim Jong-il (the current leader’s father) personally ordered the torpedo attack on the Cheonan. South Korea did not directly blame Kim, but suggested that the attack might have been ordered by military subordinates without Kim’s knowledge, a scenario believed by many to be unlikely. The six North Korean sailors aboard the submarine that attacked the Cheonan were given “hero” status. Korea Times (27-Aug-2015) and Chosun (Seoul, 27-May-2010) and UPI 23-May-2010)

They say they don’t have that much control over North Korea, they have total control because without China they wouldn’t be able to eat. China should solve that problem and we should put pressure on China to solve the problem.

Trump followed that remark by saying that, as president, he would impose a 45% tax on Chinese goods imported into America. I guess business mogul Donald Trump doesn’t understand international trade very well, because that tariff would cripple many American companies, such as Apple, whose iPhones are manufactured in China. Many American companies would go out of business.

It would also be nice if someone running for president had the vaguest clue about American history. The June 1930 Smoot-Hawley Tariff Act not only worsened the Great Depression but also triggered World War II. Germany and Japan were both in the same Great Depression, and these tariffs were a financial disaster for them. The Smoot-Hawley act pretty much shut down exports of Japan’s biggest cash crop, silk. In September 1931, almost exactly a year after Smoot-Hawley, Japan invaded Manchuria and later northern China. In November 1941, Japan bombed Pearl Harbor. So in my opinion, it is pretty certain that a 45% tariff on China today would trigger world economic disaster and World War III.

As for China’s supposed control over North Korea, it is true that China could starve the North Koreans, but that would not by any means cause the super-nationalistic North Koreans to bend to China’s demands on nuclear testing or anything else. All it would do is destabilize North Korea’s government and result in millions of North Koreans pouring into China to look for food. And that is the optimistic case. The pessimistic case for China is that the North Korean government would completely collapse, and China would be dragged into a major new war between North and South Korea.

The current North Korean president’s predecessor and father, Kim Jong-il, had good relations with China until the 2010 Cheonan incident, but relations have gone downhill since then. When Kim Jong-un took over as child dictator at the end of 2011, China repeatedly made clear its displeasure with Kim about the nuclear tests, to which the Chinese were adamantly opposed.

Chinese leader Xi Jinping has visited an astonishing 37 countries since becoming president in 2013, but so far North Korea has not been one of them.

Even more humiliating for Kim occurred in September of last year, during China’s massive celebration of victory in World War II. South Korea’s president Park Geun-hye attended the victory parade, and sat right next to Xi on the reviewing stand. Kim had been told that he could attend as well, but he would not be on the reviewing stand at all, but placed to the side. Kim chose not to attend, but sent a North Korean official who was seated in the furthest corner to the rear. ( “14-Sep-15 World View — S. Korea’s President Park basks in the afterglow of successful visit to China”)

The Peninsula nuclear issue has existed for a quite long time and is very complicated. China insists on finding a solution to the issue and each side’s concerns within the Six-Party Talks framework. Realizing denuclearization of the Korean Peninsula and maintaining the peace and stability of the Peninsula conform to the common interests of all parties concerned, and are of each party’s responsibility. This calls for concerted efforts of all parties.

This is considered a very blunt criticism of North Korean, because it was clearly directed at North Korea, and it wasn’t softened in the usual way by blaming the United States for something. BBC and Business Insider and Washington Post and BBC and China Radio International’s English Service