The Islamic State (ISIS/ISIL) released a video of an English-speaking child beheading a man who allegedly failed to implement Sharia law.

The man allegedly belongs to the Levant Front. The militants force him to give an interview in Arabic before marching him off to his death. 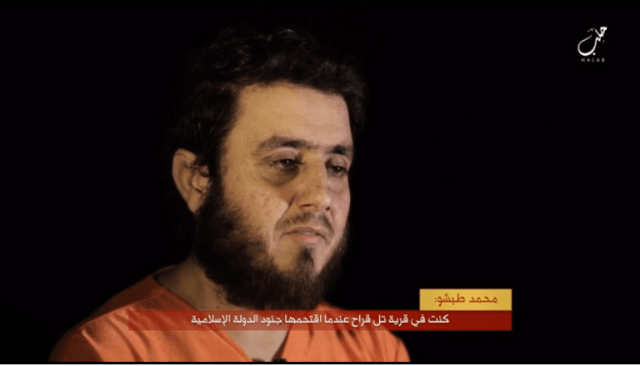 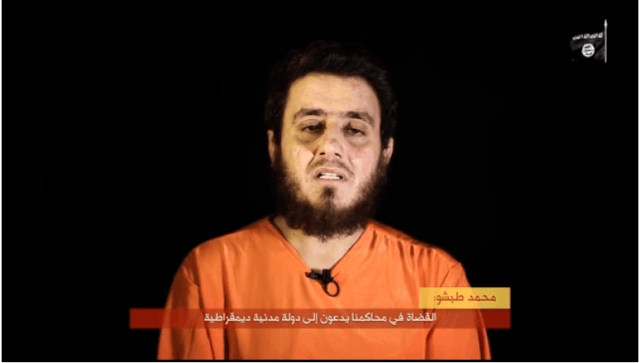 Heavy identified the boy, aged no older than 15, as the son of Abu Darda, a man killed in a U.S. airstrike. 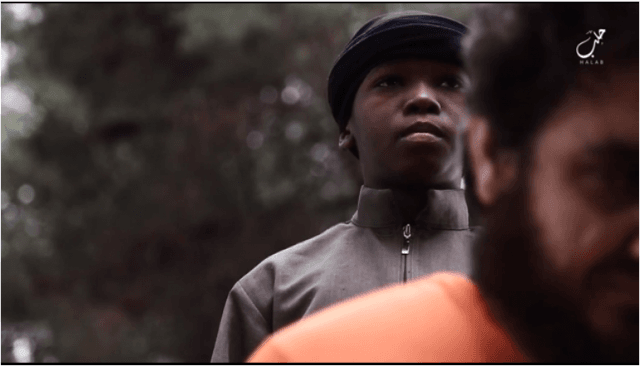 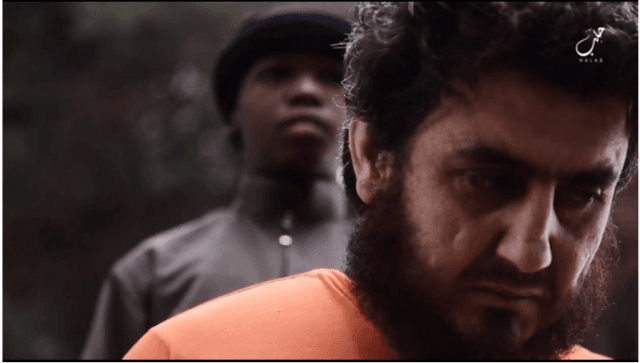 “Oh, America, these are the soldiers you armed and you spent money on to fight the Sharia of Islam,” the boy says as he points a knife at the camera.

He promises America the Islamic State will destroy all rebel groups the U.S. supports. Rebels formed the Levant Group in 2014 to overthrow Syrian dictator Bashar al-Assad. 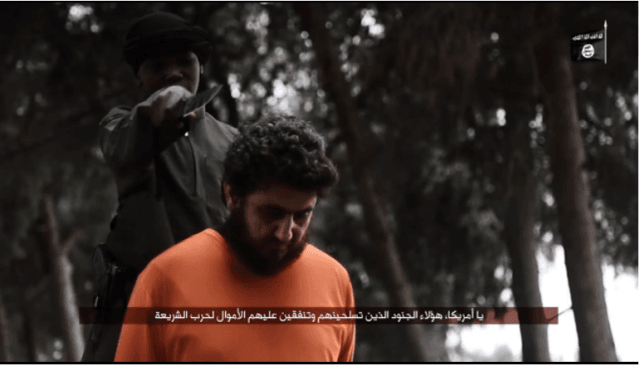 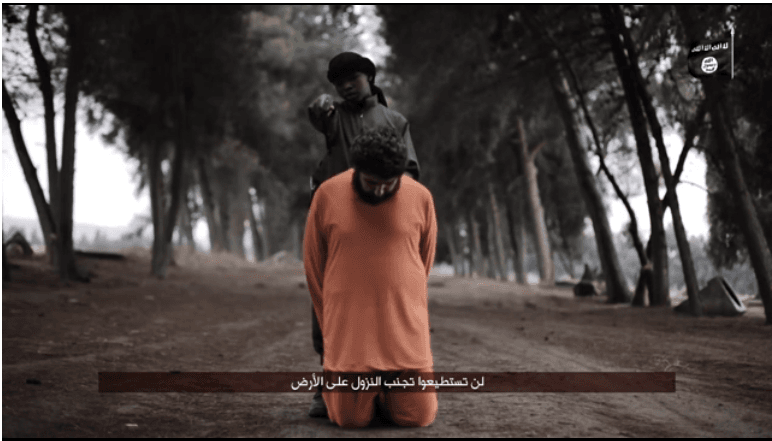 The boy then pushes his victim to the ground and proceeds to slice off his head with a dagger. 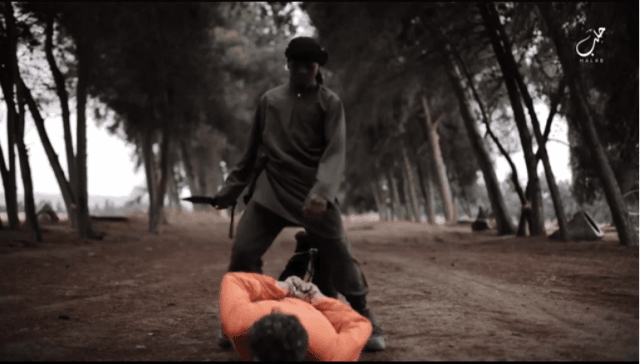 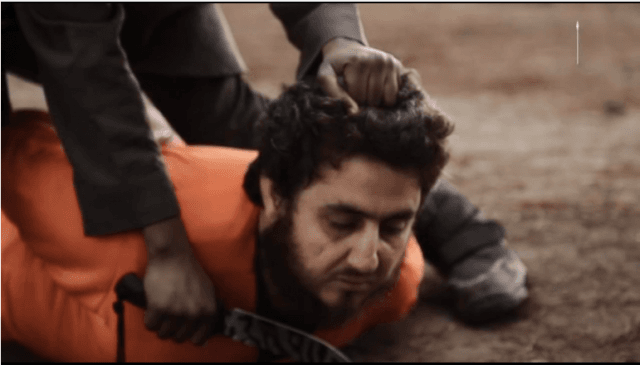 Last April, the Islamic State said they use child executioners to cause outrage among those in the West.

“As expected, the kuffar (infidels) were up in arms about the Khalifah’s use of ‘child soldiers,'” wrote the author.

“This was the Sunnah (Muslim way of life based on Muhammad’s teachings and the Koran) of Allah’s Messenger, who would allow those capable from among the young Sahabah (the Prophet Muhammad’s companions) to participate in his battles against the mushrikin (polytheists),” Dabiq says.

As part of its attempts to ground its justifications for training and using child soldiers in terms of Islamic history, law, and tradition, Dabiq also refers to the battle in which these children are being made to fight in terms of a centuries-long, epic struggle between Islam and the “crusaders” and “infidels.”

“The Islamic State has taken upon itself to fulfill the Ummah’s (the global community of Muslims) duty toward this generation by preparing it to face the crusaders and their allies in defense of Islam. … It has established institutes for these lion cubs to train and hone their military skills,” Dabiq adds.

One video showed a young child shooting an alleged Israeli-spy in the head. In July, young teens executed 25 men at the amphitheater in Palmyra, Syria. A video from last August showed a boy no older than ten executing a man.

The Islamic State released a video in December of six boys, aged around ten, murdering prisoners in Syria. They fashioned it as a video game, showing the boys hunting their prisoners. Five shot their victims, while the sixth beheaded his prisoner.

The terrorist group published images of a jihadist in a wheelchair executing spies in Libya, where the group continues to grow. The executions took place in Sirte, the birthplace of former Libyan dictator Muammar Gaddafi.