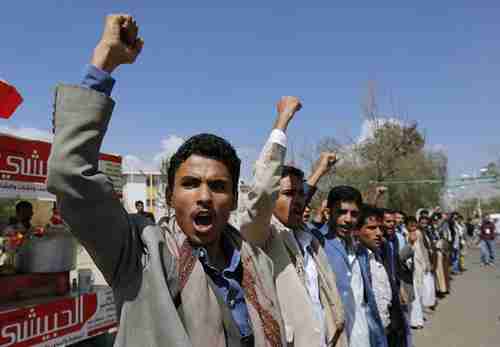 Saudi Arabia’s Brig. Gen. Ahmad Al Assiri announced on Thursday that major combat operations in Yemen are coming to an end, after which the Saudi-led coalition will work on “long-term” plans to bring stability to the country.

It was almost exactly a year ago, on March 26, that Saudi Arabia announced that a 10-country coalition was conducting airstrikes in Yemen.

Up until late 2014, Yemen had been governed by a government closely allied with Saudi Arabia. In late 2014, the Iran-backed Shia Houthi militias from northwest Yemen moved south and took control of the capital city Sanaa, and then continue to move south, capturing portions of the port city of Aden.

At the time, Adel al-Jubeir, the Saudi ambassador to the US, explained the airstrikes: “We are determined to protect the legitimate government of Yemen. Having Yemen fail cannot be option for us or for our coalition partners.”

After a year of war, most observers consider the war to have been a failure. The Houthis are still in control of Sanaa, while other parts of the country have gone back and forth between control of the two sides. Furthermore, al-Qaeda in the Arabian Peninsula (AQAP) has made strong gains in the last year, and the so-called Islamic State (IS or ISIS or ISIL or Daesh) is establishing a presence.

Still, the Saudis claim that they’ve met most of their objectives. According to Yemeni army spokesperson, Brigadier Samir Al Haj:

Actually, we are at the threshold of fighting the final battle to free Sanaa and the rest of the northern cities, as well as Taiz.

Most probably, we don’t need major combat operations, and this is a confirmation to the statement of Brigadier Al Assiri…

We are just few kilometers away from Sanaa.

It is hard to know what this means, since no analyst I’m aware of believes that the Yemeni army and Saudi airstrikes have a serious hope of recapturing Sanaa.

However, there have been reports in recent weeks of secret talks between the Saudis and Houthis, and it’s possible that Al Haj’s remarks are related not to a Saudi victory in Sanaa but to a peace agreement, establishing some sort of unified government. Gulf News (Dubai) and Middle East Eye and VOA

Over 100 civilians killed in Saudi airstrike in Yemen

The death toll from three air strikes on Tuesday by the Saudi-led coalition on an outdoor market in Houthi controlled Hajjah province in northwest Yemen has risen to more than 100. Most of the casualties were civilians, including 22 children.

This was one of the most deadly attacks by the Saudi-led coalition. The Saudis insist that they never target civilians, but according to the United nations, more than 6,200 people, half of them civilians, have been killed in Yemen’s conflict since the Saudi-led intervention began. Reuters and CNN and Independent (London)