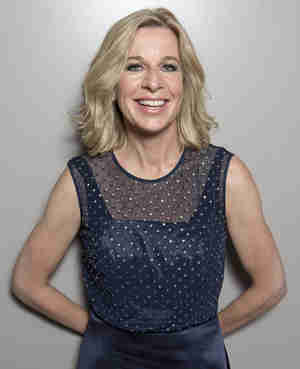 Sadiq Khan, the 45-year-old son of a bus driver from Pakistan, was elected mayor of London in an extremely bitter contest against his main rival, Zac Goldsmith, the son of a billionaire businessman.

Goldsmith was accused of running a divisive and racist campaign for referring to Khan with such labels as “radical” and “dangerous,” which were code for his religion. The tactics may have backfired, as Khan won overwhelmingly, 57% to 43%.

Imran Khan was one of Pakistan’s greatest cricket players of all time, and was once voted as the “Sexiest Man of The Year” by Australia Magazine Oz. He turned to politics in the 1990s, and has become an extremely colorful and extremely anti-American politician. Jemima, who is Zac Goldsmith’s sister and Imran Khan’s ex-wife, congratulated the new mayor, describing him as a “great example to young Muslims.”

Vote Zac. Because if you don’t, I’ll run Regent Street naked with a sausage up my bum. I’ve even Tweeted as much. And if that horrifying prospect doesn’t get the Zac vote out, nothing will.

Now that Sadiq Khan has won, Hopkins’ office is not returning phone calls on whether she intends to fulfill her pledge. Daily Mail (London) and LA Times and Telegraph (London)

Turkey’s Erdogan threatens EU: ‘We’ll go our own way, you go yours!’

A furious Turkish president Recep Tayyip Erdogan on Friday rejected a requirement of the EU-Turkey migrant that Turkey bring its anti-terror laws in line with EU standards, which is required for the lifting of EU visa restrictions for Turkish citizens.

The fallout from the resignation of Turkey’s prime minister Ahmet Davutoglu, which we reported yesterday, did not take long to emerge.

It is beginning to be apparent that the EU-Turkey migrant deal was the last straw that caused president Recep Tayyip Erdogan to force Davutoglu to resign, after the stormy meeting they had on Wednesday evening. Davutoglu was Turkey’s main negotiator for the deal, and according to reports, Davutoglu agreed to some things that Erdogan was opposed to.

As we reported in detail yesterday, the crux of the migrant deal is turning out to be the requirement that the EU lift visa restrictions and give citizens of Turkey visa-free travel throughout the 26 names of Europe’s Schengen Zone. There are 72 requirements imposed by the EU for the visa restriction to be lifted, and Erdogan is apparently furious that Davutoglu agreed to meet all requirements. Erdogan believes that Turkey has so much leverage in the deal, because of the EU’s desperation in handling the migrant crisis, the Davutoglu did not have to concede so much.

Turkey’s anti-terrorism laws are so broad that they criminalize almost any kind of political dissent, and are used to arrest journalists and academics critical of government policies. They were used as justification for the seizure of the country’s largest newspaper, Today’s Zaman, because it criticized Erdogan’s policies. ( “6-Mar-16 World View — Turkey’s ‘shameful day for free press’ as government seizes Zaman media”)

Erdogan on Friday said that the anti-terror laws would not be changed:

While Turkey is under attack from terrorist organizations from all sides, the European Union is telling us to change the anti-terror law in exchange for the visa deal. You, the EU, will let PKK terrorists build tents near the EU parliament in Brussels, provide them opportunities in the name of democracy, and then tell us you will lift visas if we change our anti-terror laws. Sorry. We’ll go our own way, you go yours.

Erdogan was alluding to a tent set up by supporters of the Kurdistan Workers’ Party (PKK) in front of the European Council building, just two days after a major terrorist attack on Ankara on March 13, as Davutoglu was visiting Brussels. It was only after the terrorist attack on Brussels on March 22 that Belgian police ordered the tent to be taken down, but then it was set up again elsewhere. Turkish officials were furious that PKK supporters were permitted to publicize their cause just after a terrorist attack.

Erdogan’s has issued a “take it or leave it” ultimatum to the European Union. He believes, probably correctly, that the EU is so desperate for the EU-Turkey migrant deal that they’ll make this concession, and possibly other concessions as well, and lift the visa restrictions by the June deadline. Anadolu News (Turkey) and Irish Times and BBC

The European Union has 72 requirements a country must meet in order for visa restrictions to be lifted, so that citizens can travel freely around the 26 countries of the Schengen Zone. Almost all of the requirements have already been met, but five remain:

Turkey’s EU Minister and Chief Negotiator Volkan Bozkır claims that much has already been done to fulfill the first four of these requirements:

The readmission agreement will go in effect in June. The law that will allow judicial cooperation with all EU member states has recently been approved by Parliament and there is no problem with that. The data protection law was required to enhance cooperation with Europol, so it will also be done. We have also made significant progress implementing the recommendations of GRECO. Strengthening the data protection authority can be done. …

[With regard to the fifth requirement:] The EU wants us to narrow the scope of the definition [of terrorism]. We already made the necessary changes to the anti-terrorism law in line with EU norms. The concept of immediate and obvious danger that threatens public security was introduced with these changes. However, we don’t have the luxury of making these changes while the intensive fight against terrorism is ongoing.

Bozkır also addressed one of the main concern that many EU officials have about lifting the visa restrictions for all of Turkey’s 70 million citizens: That there will be a flood of asylum seekers from Turkey looking for jobs in Europe. According to Bozkir, the concern is irrelevant:

There are about 1.5 million migrants who went to Europe, but nearly no Turkish citizens were among them. There is no single asylum application from a Turkish citizen. We will explain this to our European friends and will convince them.