Azerbaijan celebrates the ‘Days of Culture of Dagestan’ 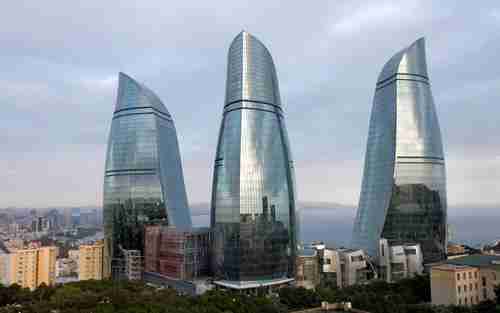 Baku, the capital city of Azerbaijan, will host the Days of Culture of Dagestan on May 12-13. The event will feature a concert of Dagestani singers, dancers and musicians, and an exhibition of arts and crafts entitled “Dagestan: History and Modernity.” “Lezginka” Academic Dance Ensemble, “Khasavyurt” State Dance Ensemble and soloists will perform in the concert. An assortment of business deals will be signed.

The singing and dancing and jolly atmosphere hides a great deal of tension that both sides would like to ignore.

Dagestan is not an independent country. It is in the North Caucasus, and is one of Russia’s southern provinces, and opposite its southern border is Azerbaijan. As with all of Russia’s Caucasian provinces, it is populated mostly by Sunni Muslims, many of whom have gone to Syria to fight against the Shia/Alawite army of Bashar al-Assad, often joining the so-called Islamic State (IS or ISIS or ISIL or Daesh).

Although a political border separates Dagestan from Azerbaijan, the ethnic groups that have lived in the region for centuries don’t always follow the political boundaries. AzerTag (Baku) and Azerbaijan News

It is estimated that of 1,500 people from Azerbaijan who have gone to Syria to fight with ISIS are from Sunni groups in the north, on the border with Dagestan. As in Russia and Central Asia, Azerbaijan officials are worried that people who have gone to Syria to join ISIS will return to their homelands to use their newly acquired terrorist skills. Jamestown and Ahlul Bayt News Agency (Iran state media)

Armenia and Azerbaijan got along pretty well during the days when they were both part of the Soviet Union, but they fell into a bloody war after the Soviet Union fell apart in 1991. By the time that the war ended in a cease-fire in 1994, the Armenians had annexed several Azerbaijani regions, including Nagorno-Karabakh.

Low-level violence has been almost continuous since then, with each side typically accusing the other of hundreds of cease-fire violations every week.

However, early in April the low-level conflict spiraled into the worse violence since 1994, with tanks, heavy artillery and helicopters. ( “3-Apr-16 World View — Armenia-Azerbaijan escalating conflict in Nagorno-Karabakh threatens the entire region”)

A new cease-fire was agreed a few days later, with a return to low-level violence, but no one doubts that the region could explode once more, affecting the entire region.

Russia claims to be neutral between the two sides, but few doubt that Russia strongly supports Armenia. On the other hand, Azerbaijan has a Turkic population and is closely allied with Turkey. Thus, an escalation in war between Armenia and Azerbaijan could quickly escalate into a war between Russia and Turkey.

The Armenian government has recently approved a draft bill recognizing the Nagorno-Karabakh region’s independence and sent it to the country’s parliament. If it becomes law, it might be considered a casus belli by Azerbaijan. For that reason, it’s thought that the independence motion is for domestic consumption in Armenia, and there are no plans to push it forward. Moscow Times and Trend (Baku) and ArmenPress (Yerevan)