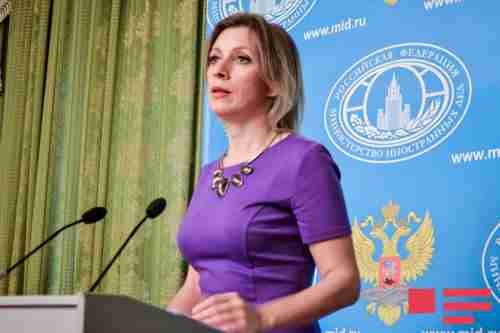 As Russia and Syria step up the ferocity of their war crimes, with warplanes dropping barrel bombs, chemical weapons (chlorine gas), phosphorous bombs, cluster bombs, and bunker bombs indiscriminately at civilian neighborhoods and hospitals in eastern Aleppo in Syria, a leaked audio released by the NY Times reveals US Secretary of State John Kerry repeatedly expressing frustration that President Barack Obama had repeatedly refused to use any military force, when the opportunity was available, to stop the bloody carnage.

It’s widely believed that a major opportunity was lost after Syria’s president Bashar al-Assad used Sarin gas on his own people, in June 2013. Obama has previous set a “red line” that the US would take military action in this case, but he flip-flopped and allowed al-Assad to continue. The US military might have destroyed al-Assad’s air force and blown up his runways, bringing an effective end to al-Assad’s war crimes. Instead, the US simply relinquished Mideast hegemony to Syria and Russia. Syria and Russia have continued to use chemical weapons and increasingly destructive weapons on civilians. By withdrawing from the Mideast, and leaving a vacuum that Russia filled, it’s thought that Obama permitted the greatest geopolitical and humanitarian disaster in decades to occur, and to worsen every day.

Only excerpts selected by the NY Times were released from the audio, but they included the following:

I think you’re looking at three people, four people in the administration who have all argued for use of force, and I lost the argument… You have nobody more frustrated than we are.

The article doesn’t mention who the other people are, but it’s well-known that President Obama eschews anything beyond absolute minimal use of military force, no matter what the provocation.

It’s also known that Kerry and Secretary of Defense Ash Carter have had harsh disagreements over Syria policy. A major disagreement surfaced just before the recent Syrian “ceasefire,” when Kerry and the Russians had negotiated a bizarre plan that after the ceasefire ended the violence, then the US and Russia would cooperate on targeting “terrorists” in Syria. Carter was opposed to this plan, though Obama eventually OKed. At any rate, the plan is moot now that the Syrians and Russians have taken advantage of the disastrous ceasefire to prepare for the massive bombing of Aleppo now taking place.

There are various conspiracy theories floating around about why Kerry’s audio was leaked at this time. The most obvious one is that with the administration’s Syria policy apparently headed for total disaster, Kerry leaked the audio to protect his own legacy at the expense of Obama’s. Kerry may even still hope that the loons in Sweden will give him the Nobel Peace Prize when they announce it October 7. NY Times and VOA and NY Times (14-Sept)

The situation in Syria is proving to be both a geopolitical and humanitarian disaster of catastrophic proportions, but also a major embarrassment to President Obama, who is blamed by many people for unnecessarily allowing it to happen.

Now, in the last few months of the Obama administration, there are fears either that Obama might takes some military steps to salvage his own legacy in Syria, or that the administration that takes office in January will initiate some military action of its own.

There seems to be little doubt that the US military could overwhelm Russia’s military in Syria, if the will were there to do it. However, Russia is warning that any US military campaign to oust the Syrian government of Bashar al-Assad would have disastrous consequences for the region.

According to Maria Zakharova, spokesman for Russia’s Foreign Ministry:

If the US launches a direct aggression against Damascus and the Syrian Army, it would cause a terrible, tectonic shift not only in the country, but in the entire region.

[With no government in Damascus, there will be a power vacuum in Syria, which] so-called moderates, who are, in reality, not moderate at all but just terrorists of all flavors, would fill; and there will be no dealing with them,

And later it would be aggravated the way it happened in Iraq. We know that [Saddam Hussein’s] Iraqi Army became the basis of the Islamic State. Everything that both the [US-led] coalition and Russia are fighting now stems from it.

What I found most interesting about this statement is that it doesn’t suggest in any way that US military action would be resisted by Russia, only that it would have tragic consequences.

The problem is that the US administration really has no way to proceed at this point. Having refused to use military force in the past, when stopping al-Assad might have been as simple as destroying his warplanes and bombing his runways, they’ve been living in a fantasy world that if they’re nice to the Russians then the Russians will do as they ask. The current massive destruction of Aleppo shows not only that the administration was wrong, but also that they were made fools of.

And having been made fools of, the fear is now that the US, in either this administration or the next, will use military action in Syria far beyond what the US has done before.

The following is a personal observation. Russia declared several months ago that it had met its objectives in Syria, and that it was withdrawing. After only a few weeks, it was clear that al-Assad’s army would collapse without Russian support, and so Russia had to reverse its decision to withdraw. The observation is that the overwhelming assault on east Aleppo almost seems to be an act of desperation, hoping that a quick victory in Aleppo will be a complete defeat for the opposition and end the war.

There are two errors in this reasoning. First, because of the large size of east Aleppo, with a population over 200,000, it’s very unlikely that a quick victory is possible, and it’s possible that any real victory is impossible.

The second error is the belief that if a victory occurs, it will end the war. As I’ve written several times in the past, the war in Syria is a generational Awakening era war. The rules are different for these wars than for Crisis era wars. If a generational crisis war occurs, then it will end in some kind of explosive climax, usually a massive genocide, that will shock everyone so much that the war really will end. This is what happened in World War II, for example, after the fall of Berlin and the nuking of Japanese cities.

But in an Awakening era war, even genocidal actions do not end the war more than temporarily. This is obviously true in Syria, which is now split into regions controlled, by Turkey, the Kurds, ISIS, and the “moderate” rebels, leaving only “Alawite-istan,” a small region in western Syria, still controlled by al-Assad.

So if the observation is correct that the chaotic destruction of east Aleppo is an act of desperation by Syria and Russia, then we may see the Syria war end in a way that Russia does not like. Russia Today and VOA