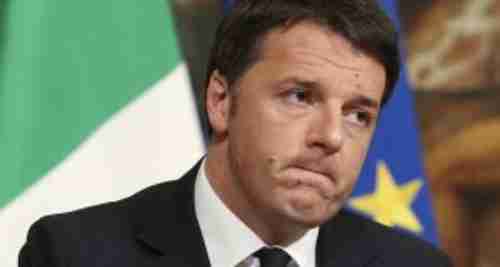 As we’ve been reporting, Italy’s Banco Monte dei Paschi di Siena (MPS), founded in 1472, and the world’s oldest operating bank, is close to collapse because it has $55.2 billion of bad loans on its book. These bad loans are so bad that it is estimated that selling these bad loans to a third party would only get 20% of face value.

Because of these bad loans, somebody is going to have to lose a lot of money. It is illegal under EU rules for Italy’s government to use taxpayer money to bail out the bank, since that simply transfers the financial crisis from the bank to the whole country, which would lead to an Italian financial crisis similar to Greece’s financial crisis that we’ve been reporting for years.

The other choice is for those who invested in the bank, by purchasing either stock shares in the bank or bonds issued by the bank, to lose a substantial part of their investments. This might be considered an ideal solution in some circumstances, but it is a disaster in the case of Italy, since many bonds have been sold to ordinary people as a kind of high-interest savings account for those saving for retirement.

MPS is looking for a deal to save the bank from collapse, and is under a kind of deadline. Italy is holding a government reform referendum on December 4, and prime minister Matteo Renzi has said he’d resign if the referendum fails, which polls indicate is likely. That would create government crisis that would spook investors involved in any deal to bail MPS out.

So MPS is floating a last minute deal bondholders (including financial investors and ordinary people) to offer bank stock to holders of $4.6 billion in bank bonds. It’s a great deal until you learn that the market value of MPS’s stock is just $740 million, which isn’t going to go very far in paying off bondholders.

However, bank officials see another sign of hope: Qatar’s sovereign wealth fund, the Qatar Investment Authority, which reportedly holds $256 billion in assets, is said to be interested in investing in MPS. New Europe and Bloomberg and Market Mogul

After Brexit and Trump, Italy’s Five-Star-Movement may be the next surprise

European leaders were completely unprepared for the passage of the Brexit referendum and the election of Donald Trump, both the result of the rise of a younger generation demanding a change.

And now they are bracing for another jarring election result: The rejection by Italian voters on December 4 of a referendum to reform Italy’s government. Prime minister Matteo Renzi claimed that the reform would make Italy’s government more stable and efficient.

Renzi announced the referendum late last year when his personal popularity ratings were high, and he said that he would resign if the referendum didn’t pass.

This promise probably made sense at the time, but has been disastrous in retrospect. Renzi’s popularity has been falling, and the promise has energized his political opponents, particularly the left-wing populist Five Star Movement (M5S), led by Beppe Grillo, an Italian comedian, actor, and political activist. M5S received about one-quarter of the vote in the 2013 elections, has won some major mayoral elections since then, and has become increasingly popular.

Thanks to M5S’s campaigning, it now appears more likely than not that the referendum will fail on December 4. Renzi has repeated his pledge that he would resign in that event. Structural problems that the referendum was supposed to fix will remain in place, and paralyze the government.

This would likely cause a loss in confidence in the government by financial investors, and possibly the collapse of the Monte dei Paschi di Siena bank, forcing the government to bail the bank out. This would be a violation of EU rules, and could force Italy to leave the eurozone, replacing the euro currency with its former national currency, the lira.

A lot of things have to happen before that scenario could unfold, and until recently it was thought impossible. But Brexit and the election of Donald Trump were also thought to be “impossible” until they happened, and now European leaders’ nerves are rattled as they consider the possibility of a third major electoral shock in 2016. The Local – Italy and UPI and Economist and The Local – Italy