China threatens to ‘take off the gloves’ with Donald Trump 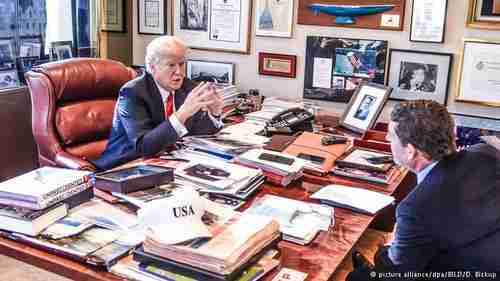 A kind of war of words continues to grow between president-elect Donald Trump and China’s state-run media over Trump’s repeated comments appearing to challenge the “One-China Policy,” which states that there is one China, not two, but leaves it to mainland China and Taiwan to interpret it differently.

Recently, an editorial in China’s Global Times threatened “revenge” against Trump over his comments. Although Global Times is Chinese state media, it is the most nationalistic of the state English-language publications, and its editorials are sometimes just ravings.

So it is worth noting that the latest editorial with a threat is in China Daily, which is a more mainstream state media outlet. The editorial appears to be carefully worded, talking about China’s “warm heart” at the beginning, and leaving the threat of taking the “gloves off” almost to the end.

According to the editorial, because Trump is making repeated comments, he is now “showing intent” to challenge the policy:

When it comes to tolerance, it is our tradition to display a big heart. That is why one can normally get away with making the same mistake twice, as one will be given the benefit of the doubt.

But one will seldom be given the benefit of the doubt twice, because doing the same wrong for a third time shows intent.

When, just nine days later, Trump told Fox News Sunday the US would not “be bound by the one-China policy”, Beijing simply reiterated that acknowledgement of one China is fundamental, and non-negotiable, for healthy ties.

To many, that was a mistake Trump made twice. …

It seems wishful thinking to assume Trump and his team’s remarks on Taiwan have been based on bluster or miscalculation. On the contrary, it appears the next administration is intending to use the one-China policy as its trump card. …

If Trump is determined to use this gambit on taking office, a period of fierce, damaging interactions will be unavoidable, as Beijing will have no choice but to take off the gloves.

The latest Global Times editorial says that “China cannot and will not offer anything in exchange for the one-China policy, and Trump must understand that.” It adds that China will be closely watching what Trump does as president rather than what he has been saying. China Daily and Global Times (Beijing)

European leaders are expressing shock and surprise at comments made by president-elect Donald Trump in a pair of newspaper interviews.

Trump expressed great support for Brexit, referring to the plans underway for Britain to leave the European Union:

I think Brexit’s going to end up being the great thing. And I predicted it – but the heat I took was unbelievable. And I said – it’s because people don’t wanna have other people coming in and destroying their country. I thought the UK was so smart in getting out.

Trump said that NATO is obsolete:

And I said long time ago that NATO had problems and the one of them it was obsolete because it was designed many many years ago. And, number two, the countries weren’t paying what they were supposed to pay.

Trump’s attitudes on immigrants are well-known, after his campaign remarks about Mexican immigrants being rapists and murderers and about containing Muslim immigration to the United States. He is highly critical of the 2015 remarks by Germany’s Chancellor Angela Merkel, which many people blame for much of the refugee crisis in Europe. In the interview, Trump said:

European leaders have expressed shock and dismay at Trump’s remarks, but were careful not to inflame the situation further. Some pointed out that not all immigrants are illegals.

From the point of view of Generational Dynamics, the question is: How are these remarks affecting the course of events? As long-time readers are aware, Generational Dynamics predicts that the world is headed for a new world war, and that this will be brought about by a worldwide renewal of nationalism, racism and xenophobia, as the survivors of World War II continue to die off, and memories of the horrors of WW II are forgotten.

My own belief is that Trump’s remarks will have no effect at all on the course of events, except to create a flurry of global political posturing. The events of the next year may prove or disprove that belief. Euro News and Deutsche Welle and France 24