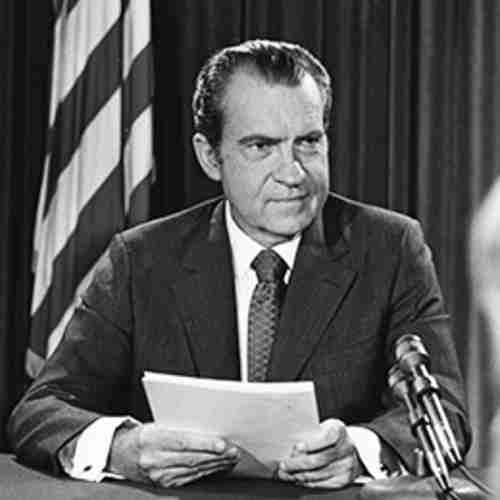 In July 2009, a couple of days after President Barack Obama’s health plan was announced, I wrote “Obama’s health plan, a proposal of economic insanity, appears to be losing support”, in which I said the following:

Politicians say that our health system is “broken,” and perhaps it is. Politicians say that health-related costs have been rising faster than inflation, and they say that some people (the poor, the unemployed, the minorities, the sick, etc.) don’t have health insurance.

In other words, the worst of what the politicians say is wrong with our health care system may well be true, but the insanity is believing that you can just pass a law and the problems will be solved. As bad as things are now, passing a 1,000 page law will make things much, much worse. …

President Obama’s health care plan amounts to price controls and rationing. This is a recipe for total disaster.

I knew this because I’d seen the same thing happen before, in the 1970s with President Richard Nixon’s wage-price controls. Nixon’s program was supposed to bring the inflation rate from 4% down to 2%. This is exactly the kind of thing that liberals really love. But within three years, Nixon’s controls had caused inflation to surge to 12%.

Like many liberal economic programs, including Obamacare, Nixon’s controls were an utter disaster for the economy, and the economy did not recover for almost a decade. Whatever you think of Watergate, at least Nixon had the decency to agree to end wage-price controls after three years, after enough damage had been done

The signs that Obamacare was collapsing have been clear now for almost two years, as several large insurance companies, UnitedHealthCare, Aetna, BlueCross BlueShield, and others, have announced partial or complete pullouts from Obamacare because of massive financial losses.

On Wednesday another company, Humana Inc., announced that it will leave the Obamacare exchanges at the end of 2017. According to the company’s statement:

Regarding the company’s individual commercial medical coverage (Individual Commercial), substantially all of which is offered on-exchange through the federal Marketplaces [Obamacare], Humana has worked over the past several years to address market and programmatic challenges in order to keep coverage options available wherever it could offer a viable product. This has included pursuing business changes, such as modifying networks, restructuring product offerings, reducing the company’s geographic footprint and increasing premiums.

All of these actions were taken with the expectation that the company’s Individual Commercial business would stabilize to the point where the company could continue to participate in the program. However, based on its initial analysis of data associated with the company’s healthcare exchange membership following the 2017 open enrollment period, Humana is seeing further signs of an unbalanced risk pool. Therefore, the company has decided that it cannot continue to offer this coverage for 2018. Through the remainder of 2017, Humana remains committed to serving its current members across 11 states where it offers Individual Commercial products. And, as it has done in the past, Humana will work closely with its state partners as it navigates this process.

Health insurer Aetna lost $450 million in Obamacare exchanges last year. It has already pulled out of most Obamacare markets but hasn’t announced yet whether it will pull out of the remaining ones. Aetna CEO Mark Bertolini said that the “death spiral” of Obamacare is going to continue:

It’s not going to get any better; it’s getting worse. You saw my friend, Bruce, at Humana say, ‘We’re out.’…

That logic shows just how much the risk pool is deteriorating in the ACA [Obamacare] and how poorly structured the funding mechanism and premium model is. I think you will see a lot more withdrawals this year of plans. … My anticipation would be that in ’18, we’ll see a lot of markets without any coverage at all.

Supporters of Obamacare point to statistics that millions of more people are insured than before Obamacare. Well of course they are. That’s because over 80% of all Obamacare customers receive big subsidies. Give people something for free and they’ll take it.

Even so, fewer people are signing up because being “insured” with Obamacare often means paying big monthly premiums and then not really being insured at all. Many people with Obamacare have Medicaid and can’t find a doctor to treat them, or they have something like a $10,000 deductible, so they have to pay their entire bills anyway. My guess is that millions of more people today are effectively uninsured than were uninsured before Obamacare.

This is exactly the kind of thing that I predicted would happen when I wrote my article in July 2009. This isn’t rocket science. This is common sense. But when policymakers in the Obama administration are too stupid to understand even Economics 1.01, then there is no common sense.

Obamacare is an economic disaster of epic proportions, worse than Nixon’s wage-price controls. Congress is now considering various “repeal or replace” options to salvage something from the Obamacare disaster, but as in the case of Nixon’s wage-price controls, the destruction is so deep that it will take years to repair it, and things will get worse before they get better. Human Press Release and The Hill and Business Insider and
The Tennessean

As I’ve been reporting since 2015, Britain’s National Health Service (NHS) is facing an existential crisis, with a huge and accelerating deficit expected to reach 22 billion pounds ($32 billion) by 2020.

The NHS is massively cutting services, with hospitals reducing the number of beds, and more than one-third closing their maternity units and their Accident & Emergency departments (known in America as Emergency Rooms).

Since surgery is extremely expensive, the NHS is taking several steps to reduce the amount of surgery:

With NHS in its own “death spiral,” supporters are demanding huge tax increases before 2018 in order to maintain the current levels of service. Whether taxpayers can afford those huge increases remains to be seen. Guardian (London) and Belfast Telegraph and London Express and Guardian (21-Apr-2015)