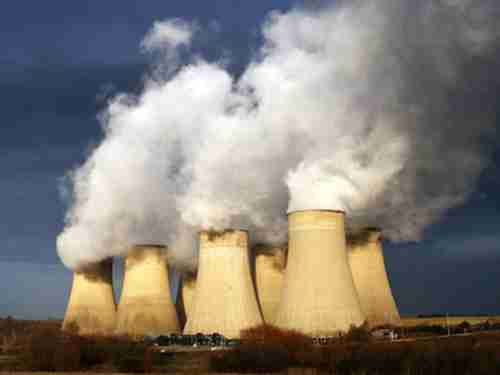 Ahsan Iqbal, Pakistan’s Federal Minister for Planning and Development, says that Pakistan’s energy crisis will soon be over, thanks to the announcement of the first project in the $55 billion 20-year China-Pakistan Economic Corridor (CPEC).

At a ground-breaking ceremony for two 660-megawatt coal-fired power plants in Pakistan’s Balochistan province, he welcomed China’s initial $2 billion investment and said that they would be completed within two years. He said that these power plans would be equipped with the latest technology to generate electricity at low costs. The plants will burn 3.8 million tons of coal per year, and would generate 9 billion kWh of electricity per year.

“We are grateful to the Chinese for their help,” said Iqbal, describing CPEC as a “colossal project” that would be an important milestone not only for Pakistan, but “for the entire region.”

Over 10-20 years, the China-Pakistan Economic Corridor (CPEC) project will build a network of roads, railways and energy pipelines aiming to connect western Chinese cities, starting from Kashgar in China’s Xinjiang province, to the sea port in Gwadar on the Indian Ocean. It will have both economic and military components. Power generation, transport, commerce, R&D and the defense of Pakistan all will be increasingly tied to Chinese investment, supplies, and interests.

As long-time readers are aware, Generational Dynamics predicts that in the approaching Clash of Civilizations world war, China, Pakistan and the Sunni Muslim countries will be pitted against the US, India, Russia and Iran. The development of CPEC is one more step along that trend line. Pakistan Today and Express Tribune (Pakistan) and Dawn (Pakistan) and MWC

Skeptics claim that CPEC will only benefit China, not Pakistan

Many Pakistanis are pointing to a similar “gift” by China to Sri Lanka that turned into a financial disaster for Sri Lanka. As we described in January, China invested $1.2 billion in a Sri Lanka seaport on the Indian Ocean.

Sri Lanka had expected to repay the debt through profits earned by the port, but instead the port lost money, and the government faced a disastrous debt. Sri Lanka’s government was forced to give China a 99-year lease to take over the port, as a debt repayment. In addition, China will lease 15,000 acres in the region for an industrial zone for Chinese factories. Opponents say that thousands of people will lose their homes because of the project. They say that China will establish a “Chinese colony” on Sri Lankan soil that will grow and can never be removed.

With Sri Lanka’s experience in mind, senator Syed Tahir Hussain Mashhadi said that the Chinese and Pakistan governments had failed to spell out what benefits would come to Pakistan. “China is our brother, but business is business.”

Mashhadi said that Pakistan should repeat the mistake it made with Nato in conjunction with the Afghanistan war. Military supplies for Nato arrive at Pakistan’s port in Karachi, and then travel in huge trucks and tankers over Pakistan’s highways and roads, ruining them, according to Mashhad, with Pakistan getting nothing in return for the damage they caused. According to Mashhadi:

Thousands of vehicles will cross the CPEC and there must be an agreement as to who will bear the roads and highways maintenance cost.

In fact, he was informed that only Chinese industrialists would be allowed to set up their industries in the proposed economic zones along the corridor.

Further studies by Pakistani analysts had led to the conclusions that, based on interest rates normally charged by China Development Bank and China EXIM Bank, the cost of borrowing will surge to 13%, including insurance costs.

Where will the benefit be for Pakistan? Will the Chinese give us some share of the profit? We are informed that Chinese banks charge us more interest than any other international bank.

The CPEC project will also bring about substantial demographic changes in the province of Balochistan. The Baloch people are Shia Muslims of Iranian descent, and have been the targets of numerous bloody terrorist attacks by terror groups linked to the Pakistan Taliban and to al-Qaeda. In addition, they’ve suffered economic discrimination within Pakistan itself.

According to estimates from the Federation of Pakistan Chambers of Commerce and Industry, the CPEC project will result in an inflow of more than 600,000 Chinese people — Chinese workers and their families — diluting that Baloch population. Baloch activists claim that whatever economic benefits the CPEC project will bring to Pakistan, most of the benefits will go to the favored Punjab province. The CPEC project will use up all of Balochistan’s natural resources, and the Baloch people will get nothing from it.

These are issues and questions whose resolution may not be forthcoming, in the current euphoria over the ground-breaking for the two 660-megawatt coal-fired power plants. Dawn (Pakistan, 1-Mar) and India Tribune and South Asia Terrorism Portal (SATP – India) and Newsgram

On October 24 of last year, at least 61 people, mostly fresh police recruits, were killed and 117 injured in a terror attack on a Police Training cottage in Quetta, the capital of the province of Balochistan in Pakistan, and close to the location of the future coal-fired power plant. The attackers were thought to be Afghan Uzbeks, affiliated with the East Turkestan Islamic Movement (ETIM).

ETIM is only one several jihadists terror groups that have been attacking Shia Muslim targets in Balochistan. Besides groups affiliated with the Pakistani Taliban, there are other groups affiliated with ETIM, including the Islamic Movement of Uzbekistan (IMU), the so-called Islamic State (IS or ISIS or ISIL or Daesh), and other activist groups from the Uighur community in China’s Xinjiang province, where the CPEC corridor will originate.

With 600,000 Chinese workers entering Pakistan every year, CPEC projects and Chinese workers will with certainty be a target of ETIM. Pakistan is creating a Special Security Division (SDD), a special force of 15,000 police, army and paramilitary troops, charged with the “security of Chinese on CPEC and non-CPEC projects.” A successful terrorist attack on CPEC could halt the project for months.

All this security is going to cost $155 million. In order to raise this money, Pakistan plans to add these costs to people’s utility bills.