Japan to repopulate 148 remote islands, as confrontation with China looms 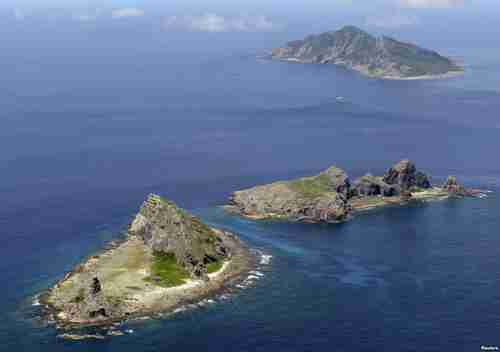 Japan’s government has announced plans to repopulate a cluster of 148 small, rocky islands in the hope of deterring China from unilaterally declaring that they are China’s sovereign territory, as it has done illegally in the South China Sea.

Among these are the Senkaku Islands, which have been the focus military near-confrontations in the past few years. The population of the remote islands has declined by 51.3% since 1955, and restoring even small population on 71 of the outlying islands could deter China.

The announcement calls for the construction of civic facilities, the purchasing of land, the improvement of ports and stopping foreign vessels from illegally visiting the islands.

The greatest focus has been on the Senkaku Islands, – a chain of five uninhabited islets and three barren rocks in the East China Sea – were uninhabited until 1895 when Japan laid claim to them. In the ensuing decades, the Japanese populated the chain and even set up a fish-processing plant on one of the islands. The United States took control of the islands during the occupation of Japan following World War II, and handed them back in 1972. At that time, China claimed the islands, citing ancient texts and maps, and claiming that Japan’s actions in 1895 were illegal.

In early February, three Chinese warships sailed into the water near the Senkaku Islands, risking a military confrontation and stoking tensions between the two countries.

Even riskier is the increased intrusion into Japanese airspace of Chinese military aircraft, usually other fighter jets, sometimes a bomber or reconnaissance plane. The number of such intrusions is now averaging two per day since April of last year, nearly twice as many as in the prior 12 months. Japan responds to each such intrusion by scrambling up to four F-15 fighter jets to intercept the Chinese military aircraft.

The populations of Japan and China have become highly nationalistic over their respective claims to these islands, in this generational Crisis era. The frequency of these intrusions by both warships and warplanes and the resulting intercepts raise the possibility of an accident or miscalculation that could spiral into something bigger. Japan Times and CNBC and Fox News and American Interest

Taiwan and Japan try to settle their disputes peacefully

Last week, a report from a nationalist Japanese media source accused Taiwan to sending a record high number of scientific research vessels to “intrude” into Japan’s Exclusive Economic Zone (EEZ) near the Senkaku Islands, which are claimed by Taiwan as well as by China and Japan. The report suggested that Taiwan’s “unauthorized activities” included fishing in addition to illegal maritime research.

If this kind of dispute had arisen between China and Japan, there might have been a military confrontation by now. But Taiwan and Japan, who presumably want to cooperate because of their common enemy (China), have a history of settling these kinds of disputes peacefully in recent years.

In April 2013, Taiwan and Japan signed a fisheries agreement to address a decades-long dispute over fishing in contested waters in the East China Sea. On October 31 of last year, the two sides agreed to meet at least once a year and to establish two working groups — one on fishery cooperation and another regarding cooperation in scientific research. China Post (Taiwan) and Japan Times and The Diplomat