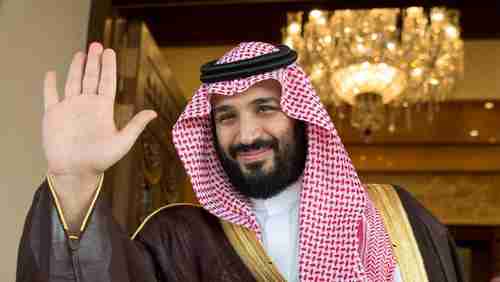 We have seen rapid changes in the Mideast, especially since the “Arab spring” that began in 2011, bringing younger generations of Arabs into power to replace long-time dictators, and convulsing one country after another to the effect that it seems that the region becomes more and more unstable every day. There is no other way to cast the latest change in the government of Saudi Arabia.

King Salman appointed his own successor, his nephew Mohammed bin Nayef, 57 years old, who became the “Crown Prince,” meaning that he would become king if Salman died.

Wednesday’s announcement breaks tradition. Salman has dumped his 57-year-old nephew Mohammed bin Nayef, and selected a new Crown Prince, his own 31-year-old son Mohammed bin Salman. In order to make this choice, Salman has arranged to amend the Basic Law of Government to say:

Rule passes to the sons of the founding King, Abd al-Aziz Bin Abd al-Rahman al-Faysal Al Saud, and to their children’s children. The most upright among them is to receive allegiance in accordance with the principles of the Holy Quran and the Tradition of the Venerable Prophet.

Mohammed bin Salman has already had a meteoric rise in Saudi politics, as the world’s youngest defense minister. According to some reports, he has already been the de facto ruler of Saudi Arabia, as his father has been ailing.

Mohammed bin Salman is generally already very popular in Saudi Arabia, where the average age is 27, as he has promised to reform some of the strict Sharia laws that govern social life. Under his direction, Saudi Arabia has already set up a series of activities that are popular in the west, including comedy shows and monster truck competitions. He has unveiled a wide-ranging plan to bring social and economic change to the kingdom, and he has already traveled to Beijing, Moscow, and Washington, where he met President Donald Trump in March. Al Arabiya and CNN and BBC

Saudi Arabia has for decades had a very conservative foreign policy, maintaining alliances with Americans, Europeans, Chinese, and Russians, and serving as leader and mediator of the Gulf Cooperation Council of Arab states. That appears to be undergoing drastic change now.

As Saudi Minister of Defense, the young, energetic Mohammed bin Salman already has a record that indicates a far more belligerent and nationalistic foreign policy than the country has had in the past. This is what would be expected for a country in a generational Crisis era, after a succession to a younger generation.

Mohammed bin Salman is the chief architect of the Saudi war against the Iran-backed Houthi rebels in Yemen, beginning in March 2015. This war has been a disaster for Saudi Arabia. Promises of a quick victory have dissolved into more and more bloody warfare. The war has not resulted in anything approaching victory but has created a major humanitarian crisis, with 14.1 million people having little or no access to food.

Now that he has become Crown Prince, he is going to be under pressure to bring the war to a successful conclusion. In a generational Crisis era, a time of high nationalism, that is not going to be done by compromise, even if there were some inclination to do so. It is likely that under Mohammed bin Salman, there will be a sharp escalation in the Yemen war.

That brings us to the subject of Iran. Mohammed bin Salman is believed to be a leader of the air, sea and land blockade of Qatar, with Qatar’s trade and diplomatic relations with Iran being one of the reasons given. According to Sanam Vakil analyst from Chatham House:

Mohammed bin Salman already a few weeks back was the one who effectively shut the door to rapprochement between Saudi Arabia or the smaller GCC alliance and Iran.

It seems that the crown prince has a very ambitious regional agenda, moving away from the longstanding Saudi policy of being much more quietist and working behind the scenes. This new prince has taken on a much more assertive regional role.

The implications are that Mohammed bin Salman has to win the war in Yemen and that the split with Qatar will not be resolved for a very long time.

Mohammed bin Salman’s rise also has implications for the war in Syria. He will not be likely to continue to tolerate Iran’s aggressive actions in Syria. So far, the Saudis have avoided using ground troops in either the Yemen or the Syria war, but the new Crown Prince may feel obligation to counter Iran’s influence by sending ground troops into one or both of these warring countries. RFI and Middle East Eye and Newsweek

As we reported, Iran’s Islamic Revolutionary Guard Corps (IRGC) said that on Sunday it launched seven medium-range ballistic missiles (Zolfaghar ballistic missiles) from western Iran to at ISIS targets in Deir az-Zour in Syria, after flying over Iraq.

According to an Israeli analyst:

If the Iranians were trying to show their capabilities and to signal to Israel and to the Americans that these missiles are operational, the result was rather different. It was a flop, a failure. Still, it photographed well.

The IRGC said that all seven missiles reached their targets and that 130 terrorists were killed. Times of Israel