Chinese and Indian behavior: A study in contrasts during Doklam crisis 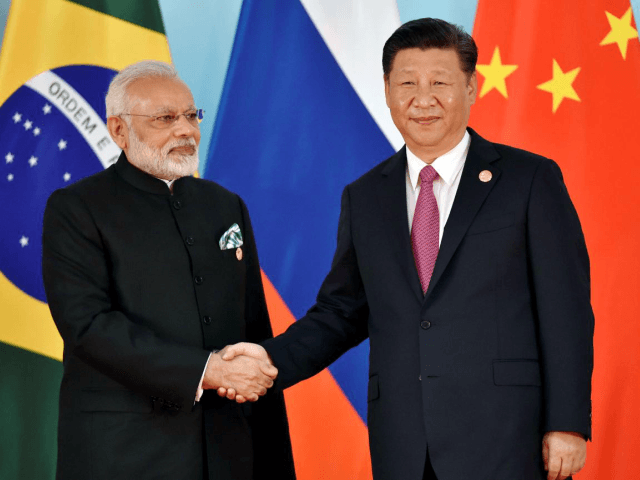 During those 73 days, it appeared that China and India were on the verge of a major border war, repeating a 1962 border war in which India was defeated.

Initially, Bhutan troops tried to prevent the Chinese troop incursion, but they were overrun. India sent in its own troops, saying that it did so when Bhutan invoked a treaty with India and asked for help, resulting in a standoff.

There were no bullets fired, but there were reports of Indian and Chinese soldiers bumping each other with their chests to push each other back.

The Indian media were restrained, rarely saying anything that might inflame the situation or further anger the Chinese.

The Chinese media were the opposite, with extremely belligerent and vitriolic editorials setting deadlines for India, threatening a Chinese military invasion of India that would destroy India’s army, and warning India that its defeat would be even worse than the defeat in the 1962 border war.

The international community was demanding that China and India hold negotiations to settle the dispute peacefully. Among the vitriolic threats during the crisis, China said that there couldn’t be negotiations until India unilaterally withdrew its troops and that China’s army would destroy India’s army if India didn’t withdraw.

So it was a big surprise on Monday, August 28, when China and India announced that they had agreed to pull back troops, to end the Doklam crisis. Even more surprising, it turned out that there had been secret negotiations going on for weeks, despite China’s repeated insistence that negotiations were impossible until India unilateral withdrew its troops. Yale Global (14-Sept)

So who won? A lot of people believe that India won, because China was forced to back down and negotiate a mutual withdrawal. Others claim that China won in a different sense—by proving that its army could strike at any point along the 2000 km border between China and India. There have also been reports that China will increase the number of troops stationed near the Doklam Plateau, so that it can be invaded and annexed later, when the time is right.

In fact, a number of analysts believe that China backed off for now simply because the timing wasn’t right. When China sent in its troops on June 16, they may have expected to overwhelm Bhutan’s defenses and annex the region quickly and easily, but were surprised when India sent in troops to come to Bhutan’s defense.

Who would have won a military confrontation? I’ve seen analysts on both sides of this issue. One thing is certain: If it were a victory for China, it would not be an easy victory, and the conflict could spread to a naval battle in the Indian Ocean, or to other parts of the China-India border.

There are several reasons why the timing was very bad for China to risk getting involved in a larger conflict with India.

One problem is that there was a BRICS summit scheduled for September 4-5 in Xiamen, China. China invests a great deal of prestige in these international summit conferences when they’re held in China, and wanted this conference to show China’s importance in the world. BRICS is an acronym for five countries (Brazil, Russia, India, China, and South Africa) that are considered to be emerging economies. If the Doklam crisis had not been settled, then India’s prime minister Narendra Modi would probably have boycotted the BRICS summit, which would have been an embarrassment to China’s president Xi Jinping. It’s no coincidence that the Doklam announcement was made just a few days before the BRICS summit.

Another issue for China is that the 19th Congress of the Chinese Communist Party Central Committee is scheduled for October 19. A blunder in Doklam could result in a brutal power struggle that forces Xi to step down, in the worst case scenario. Xi may still face criticism at the Congress for having to back down in Doklam, but probably not as much as in other scenarios.

China’s aggressive, belligerent policies in the South China Sea and elsewhere may have won praise among editorial writers in China, but it leaves Xi Jinping with numerous questions about where he’s leading China. Relations between China and its neighbors—Japan, Vietnam, sometimes the Philippines—are acrimonious. It’s becoming increasingly apparent that there will be no peaceful reunification with Taiwan, and no political peace in Hong Kong. And the blistering North Korea nuclear missile crisis presents extreme risks to China, as well as to the US.

All of these issues mean that the time was simply not right for a border war with India. China can send troops into the Doklam Plateau any time it wishes, as suddenly as it did on June 16, and with everything else going on, and with the BRICS summit and the CCP Congress approaching, it was wiser to wait until next year. South Asia Analysis Group (SAAG – India) and Rand (9-Sep) and Asia Times (6-Sep) and South China Morning Post (Hong Kong, 30-Aug)