The revelation that Google’s YouTube subsidiary has “quarantined” an official video, produced by the conservative government of Poland, on Europe’s migration crisis—headlined with grim wit by Breitbart News as the “Goolag Archipelago,” that being a reference to the Gulag Archipelago, a term for the network of camps for political prisoners in the old Soviet Union—provides a stark reminder of an emerging phenomenon: The East is now more conservative than the West.

That is, Eastern Europe is now more conservative than not only Western Europe, but also, more broadly, than the West as a whole, including the U.S., and including, too, many of its leading corporations, such as Google. (And here we might pause to note that, for reasons that will become readily apparent, we are using political delineations left over from the Cold War; it is, of course, a geographical fact that Prague is actually to the west of Vienna, and that Budapest is further west than Athens.)

To be sure, there are plenty of conservatives in the West, including in positions of national power, but it’s undeniable that the “commanding  heights” of the media and corporate culture are increasingly under the sway of globalist progressive ideology. And in the Information Age, that sway matters a lot—as the news about the politically correct suppression of the Polish video reminds us.

So we might step back and ask: How did it happen that that most people in, say, Poland, or Hungary, still believe that the old verities—of faith and family, of patriotism and nationalism—are valuable and worth conserving? And at the same time, how did it happen that so many people in the West have come to believe that those old verities are obsolete, if not downright false?

The short answer, or course, is that the European countries that lived under communism are a lot more right-wing today than the countries that didn’t. And we can further observe that this right-wingedness is aimed at such internationalist, sovereignty-submerging conglomerations as the European Union, as well as globe-spanning corporations that prefer to deal with the collective EU, as opposed to individual nation-states.

Poland’s bitter brushes with communism go back nearly a century. After regaining its independence in 1918, in the wake of World War One, Poland fought a successful war of survival against the newly Bolshevized Russia from 1919 to 1921. And yet then, in 1939, Stalin’s resurgent Soviet Union joined with Hitler’s Nazi Germany to conquer the country. And so for the better part of six years, Poland was a bloodland; millions died as a result of combat, starvation, and direct extermination. And then, in 1945, just as had happened to Hungary, the imperializing Red Army came sweeping in, staying in place for nearly half a century. 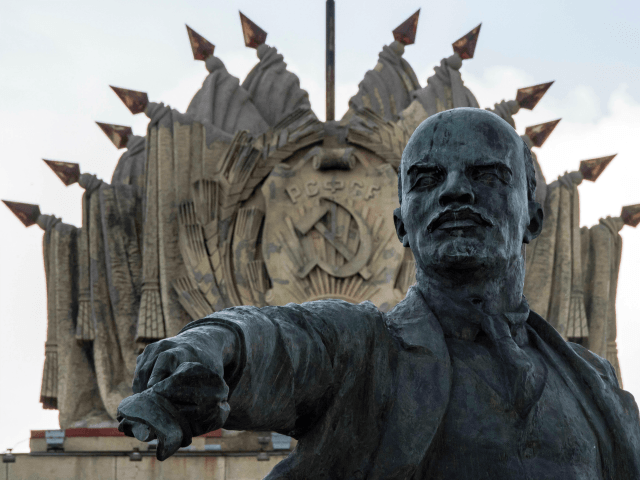 Lenin’s image remains in Moscow even if his ideas departed long ago (MLADEN ANTONOV/AFP/Getty Images).

Then there’s Hungary. In 1919, the revolutionary “Hungarian Soviet Republic” of Béla Kun seized power in Budapest. The resulting “Red Terror” was brief—Kun was soon deposed and ultimately exiled to the USSR—and yet it left an indelible stamp on Hungary. Ever since, Hungarians have been determinedly anti-communist.

Yet, tragically, Hungary made a morally disastrous and geopolitically calamitous decision to side with Hitler in World War Two; in 1945, Hungary’s defeat in that conflict brought the communists back into power—this time at the bayonet point of the Soviet Red Army (Although Kun, the old Bolshevik, was not able to be a part of this Red Restoration; years earlier, Stalin had ordered him shot.).

As we all remember, for Hungary, too, this era of communist domination lasted nearly 50 years, and, not surprisingly, the experience only deepened Hungary’s anti-communist resolve.

So today, in the wake of those harrowing experiences, the two former communist countries—or more precisely, two countries that were once enslaved by the communists—hold dear the traditional values that the Reds once trampled. 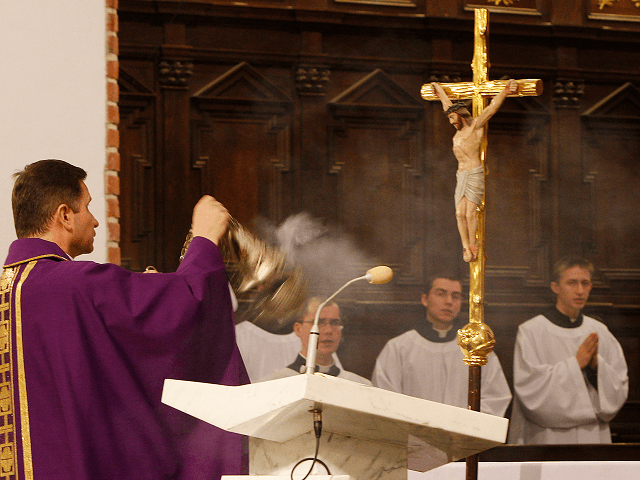 Indeed, Hungary, Poland, and the other European countries with similar histories tend to be suspicious of any political phenomenon that even slightly resembles communism.

And so now we come to Western Europe. It never suffered a communist conquest, and yet in the last half-century, it has seen its own kind of left-wing cultural revolution, in which old pillars of social order have been eroded, even destroyed, even as the economic power of corporations—especially the digital techsters and their allies in the financial overclass—has, if anything, been strengthened. Thus we can see the matrix in which a company such as YouTube could decide, for its own California-style PC reasons, to censor a video by a sovereign government half a world away—and have the economic and technological mojo to do it.

In Europe, the hulking embodiment of this slow-rolling cultural revolution is the European Union. The EU is decidedly not communist, in the sense that private ownership is the norm, even if, of course, the public sector also looms large. And of course, it has free elections, and no actual Gulags.

Still, the EU is notorious for its worsening “democracy deficit”—that is, the ability of the reigning bureaucrats in Brussels to ignore public opinion as they work their will.

To the Eurocrats, this anti-democratic power is a feature, not a bug.  After all, the EU’s avowed mission is the erosion of nationalism and national sovereignty in favor of the mantric goal of “Deeper European Integration”—a borderless continent. Such borderlessness, of course, provides exactly the sort of oceanic market that that a company such as Google so fervently desires.

So we can see: The EU is a hybrid mix of bureaucracy, corporate power, and progressive ideology, all helixed together, working against the interests of a conservative nation-state such as Poland. And so don’t hold your breath for the EU to come rushing to Poland’s defense in the matter of that un-PC “Goolag” video.

Thus we can behold the full dimensions of the East-West split: The nationalist East and the post-nationalist West.

Without a doubt, the post-nationalist path is favored by many in the West—and nowhere more than Germany.

However, EU-style post-nationalism is deeply threatening to the ex-communist countries that remember that it was their nationalist spirit—most notably, Poland’s Solidarność movement in the early ’80s—that helped deliver them from the grip of communism. So to Eastern European ears today, the EU’s odes to internationalism—including international corporatism—sound a bit like lines from The Internationale, the old communist marching song. 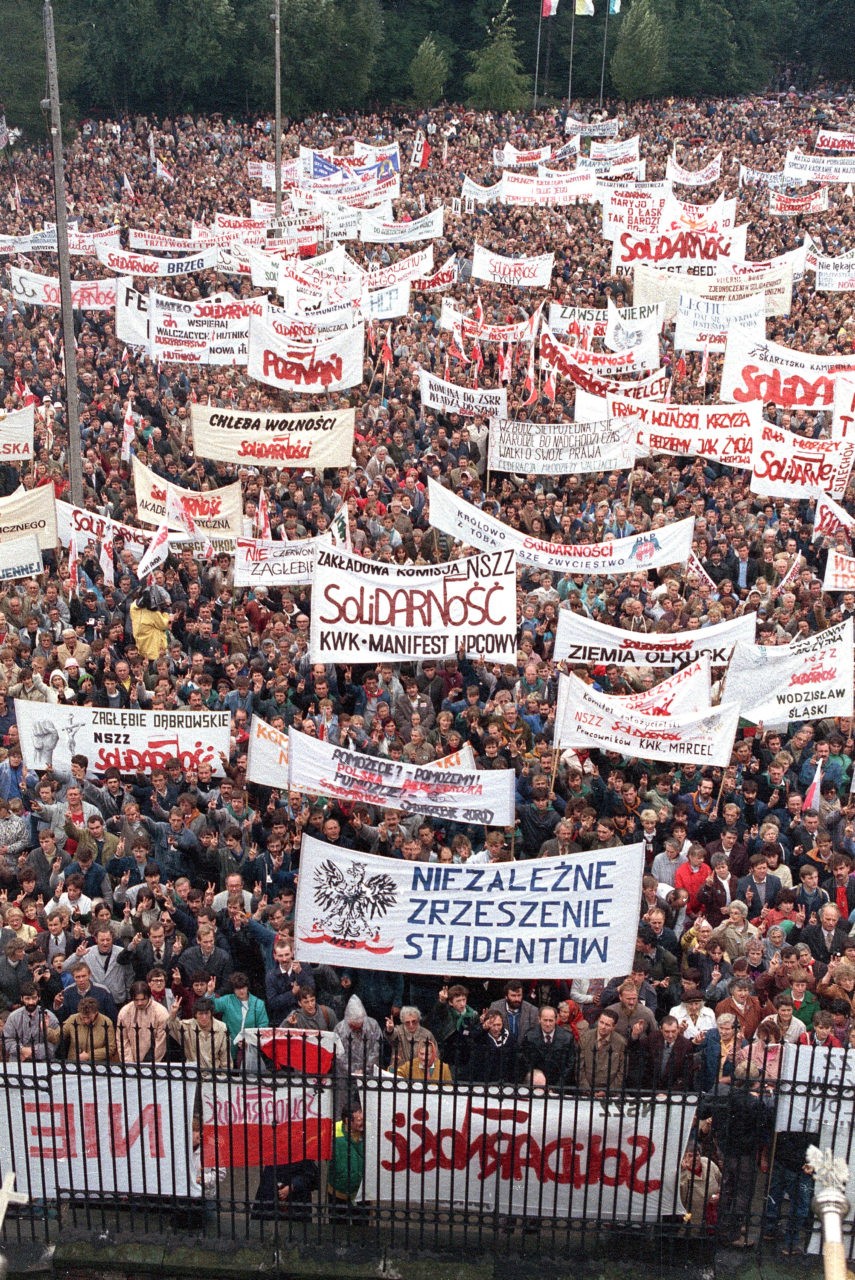 Pro-Solidarity banners are held aloft by the participants of a workers’ pilgrimage to the Jasna Gora monastery at Czestochowa, in southern Poland, on September 18, 1988. The slogans read “Bread of Freedom – Solidarnosc” or “Can We? We Can. Polish Perestroika.” (AP Photo)

We can add that the same nationalist fervor has taken hold in the countries that once welcomed communism, however violently and un-democratically. This is the case, for instance, in both Russia and China.

In Russia, Putin is no democrat, and no friend of the West, and yet he operates according to Russian nationalist precepts—there’s not a scintilla of proletarian internationalism in him. (And if the Russians have been able to use their hacker wiles to penetrate Western social media—including YouTube—well, that’s a further reminder that foreign policy and national security should be managed by nations, as opposed to corporations.)

And as for China, yes, it’s still officially run by its communist party, but it’s hard to find a country in the world that is, in fact, so overtly and devoutly capitalistic. And also, of course, the Chinese are intensely nationalistic; Beijing has declared, for instance that it has zero intention of abiding by an international court decision issued from—where else?—The Hague in Holland, calling for it to cease and desist its militarization of various disputed islands in the Pacific. In other words: China First.

So we can see: In just about every country where communism once reigned, today it is actively reviled, and a surging spirit of nationalism is a part of that anti-communist backlash.

Yet as we look around the West, we can see that the standard thinking—especially among the elites—is going the opposite way. In the West, which never suffered communism, we see a burgeoning spirit of loudly proclaimed post-nationalism. Today, it’s Westerners who have embraced a new spirit of internationalism.  And while that spirit is of the left, it’s not communist, nor even particularly anti-corporate. Instead, “progressivism” today is a melange of environmentalism, multiculturalism, political correctness, and sexual desublimation. And, oh yes, in the mix, too, is open-borders-ism—a sort of legacy homage to the old ideal of proletarian internationalism. 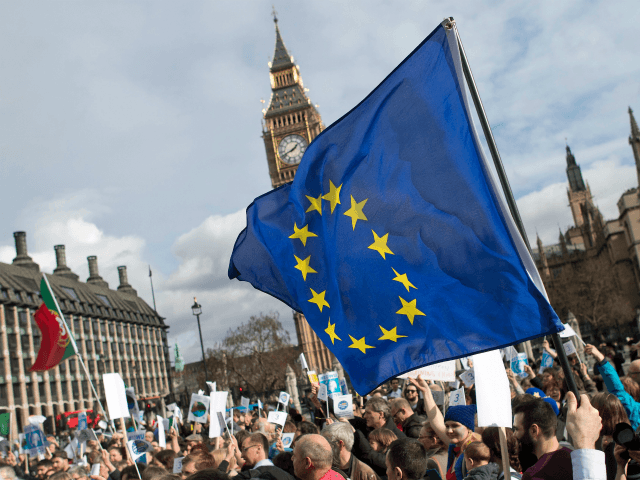 An European Union flag blows in the wind during a “Flag Mob” demonstration in Parliament Square in central London on February 20, 2017, part of a national day of action in support of migrants in the UK (JUSTIN TALLIS/AFP/Getty Images).

Yes, it may seem odd that the experience of capitalism has engendered so much anti-capitalist thinking, but, as they say, history is a feast of ironies.

For perspective on this phenomenon, we might look back to a landmark 1976 book by the sociologist Daniel Bell, The Cultural Contradictions of Capitalism.  In a nutshell, Bell’s argument was that capitalism was premised on hard work, self-discipline, and delayed gratification.

Yet perversely, the wealth produced by capitalism supports the development of values that are inimical to capitalism, or to any kind of structured order. Most obviously, rich countries, like rich parents, have a way of producing spoiled brats. These spoiled brats, we can add, now come in all ages, and yet at any age, it’s hard to get brats to do anything useful or constructive.

Here we might cite a pithy tweet from @Lord_Keynes2 (one can assume that that’s a pseudonym), noting an article by this author on the Western media’s energetic execration of Poland’s conservative government:

The Poles suffered the horrors of Communism but were spared the terrible Cultural Leftist revolution our Western culture has had since the 1960s.  Hence the normal, natural desire of Poles to have a national homeland is treated with outrage by all the usual suspects.

In other words, Western elites are not satisfied with scourging themselves, and their countries, in a debilitating cultural revolution; they wish also to scourge the world.

Thus we see the paradox: The Poles (and others), suffered from communism, and came away from the experience with a visceral anti-communism, as well as a healthy sense of the value of preserving their own culture and nationhood.

Meanwhile, the West did not suffer from communism, and yet many Westerners have come away from the experience of peace and prosperity with a weird sense of self-loathing, which they then project onto others.

So this is where we are today: The old left is the new right, and the old right is the new left.