WASHINGTON, DC – U.S. Army Officer and National Security Adviser H.R. McMaster had harsh words for Russia and Iran on Thursday at a discussion at the United States Holocaust Memorial Museum on the ongoing civil war in Syria, saying it is time for “consequences” for the two supporters of President Bashar al-Assad’s regime.

His remarks were made on the same day The Washington Post reported that Trump has decided to dismiss McMaster from his advisory post. White House Press Secretary Sarah Sanders tweeted that there are currently no changes at the National Security Council (NSC).

At the museum event, McMaster said Assad is responsible for some of the “worst atrocities known to man,” including the rape, torture, and murder of innocent Syrians since the war began seven years ago.

“If Iran and Russia do not stop enabling the regime’s atrocities and adhere to UN Security Council resolutions, all nations must respond more forcibly than simply issuing strong statements,” McMaster said, noting that an estimated 500,000 people have died in the war including from chemical weapons attacks.

“It is time to impose serious political and economic consequences on Moscow and Tehran,” McMaster said. “Assad should not have immunity for his crimes and neither should his sponsors.”

“All civilized nations must hold Iran and Russia accountable for their role in enabling atrocities and perpetuating human suffering in Syria,” McMaster said.

In his remarks, McMaster said that the United States’ efforts to help civilians in Syria and defeat terrorist groups like the Islamic State were being “impeded” by both Russia and Iraq, although he did not mention Iran’s Supreme Leader Sayyid Ali Hosseini Khamenei or Russian President Vladimir Putin by name.

McMaster said Iran has been funding the Assad regime to the tune of $16 billion since 2012 and is also responsible for arming terrorists in Syria, Iran, and Yemen.

“Iran’s goal is to secure a permanent military foothold in Syria,” McMaster said. “Which would threaten Israel, undermine U.S. interests and strengthen the terrorist and proxy forces that Iran uses to weaken Arab states and foment violence.”

McMaster listed some of Assad’s atrocities, including imprisoning and torturing his countryman, which is detailed in a new exhibit at the museum featuring lists of prisoners written in blood and rust on scraps of clothing that could be smuggled out to let families know of their loved one’s fate. 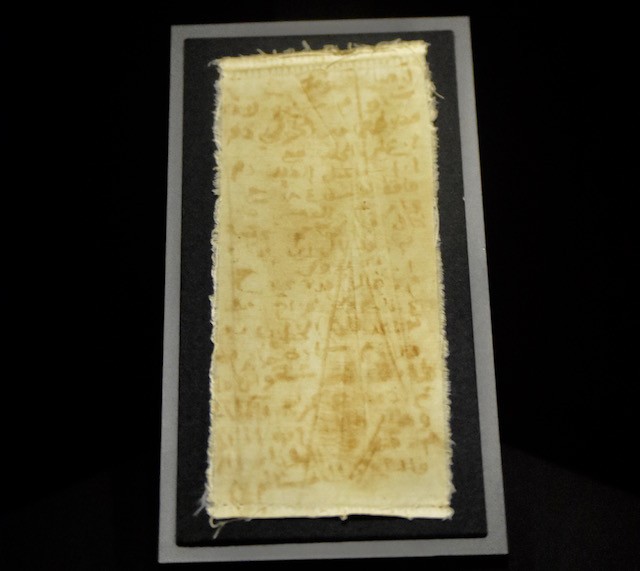 A new exhibit at the United States Holocaust Memorial Museum focuses on the atrocities perpetrated by the Assad regime in Syria, including names of prisoners written on scraps of clothing in blood and rust to document who was imprisoned by the regime. (Penny Starr/Breitbart News)

The exhibit also pays tribute to a photographer who worked for Assad but defected and smuggled some 55,000 photographs out of the country to document the regime’s brutality. 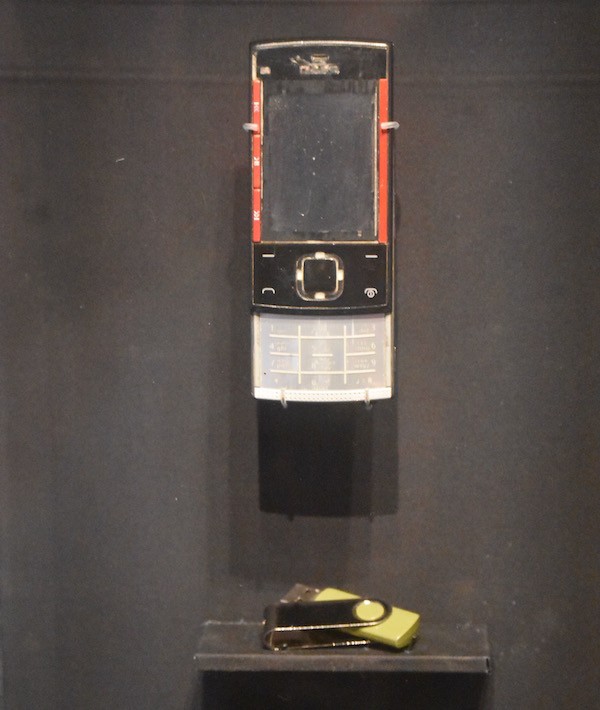 A new exhibit at the United States Holocaust Memorial Museum focuses on the atrocities perpetrated by the Assad regime in Syria, including the display of a cell phone and thumb drive a photographer used to document them. (Penny Starr/Breitbart News) 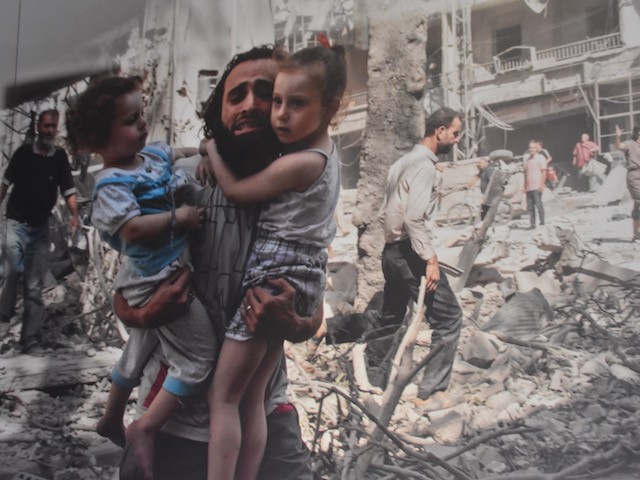 A new exhibit at the United States Holocaust Memorial Museum focuses on the atrocities perpetrated by the Assad regime in Syria, including photos smuggled out of the country showing the Syrian people suffering. (Penny Starr/Breitbart News)

On the same day that McMaster spoke about Syria and Russia, the Trump administration announced sanctions against Russia entities and individuals for interfering in the 2016 presidential election.

Breitbart News reported that the sanctions designate five entities and 19 individuals under legislation and executive orders aimed at punishing those who engage in malicious cyber activities.

The Administration is confronting and countering malign Russian cyber activity, including their attempted interference in U.S. elections, destructive cyber-attacks, and intrusions targeting critical infrastructure. These targeted sanctions are a part of a broader effort to address the ongoing nefarious attacks emanating from Russia.

And in what turned out to be a hat trick day for U.S. strikes on Putin’s regime, on Thursday the Pentagon accused Russia of “double-dealing” in Syria, agreeing to a ceasefire but then supporting Syrian forces bombing civilians in East Ghouta.

“Russia could stop the civilian casualties in Syria. Instead, their double-dealing is exacerbating the loss of innocent lives. The Russians made a deliberate choice not to restrain the Assad regime. Thus, the carnage in East Ghouta continues. Russia is morally complicit and responsible for Assad’s atrocities,” White said.