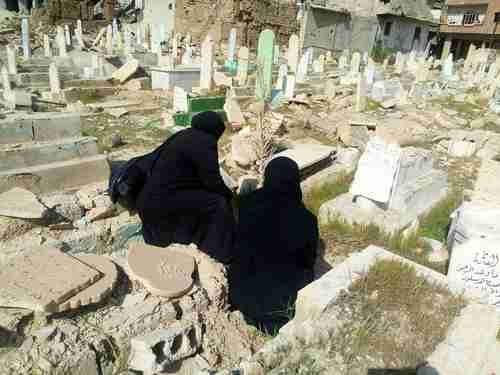 The army of Syria’s president Bashar al-Assad is in the final weeks of regaining control of areas around Damascus that it lost to opposition forces, mainly in the 2013-14 time frame to the so-called Islamic State (IS or ISIS or ISIL or Daesh). ISIS was composed mainly of foreign fighters that had come from over 80 countries to fight Bashar al-Assad, and they were opposed not only by the al-Assad regime but also by local Syrian anti-Assad militias. Among these Syrian anti-Assad militias are the al-Qaeda linked Hayat Tahrir al-Sham (HTS). They also include “Jaysh al-Islam” or “Army of Islam.”

Al-Assad used the same methods to take control of Eastern Aleppo a year ago, and Eastern Ghouta and Douma in the last few months. There is massive bombing by Syrian and Russian warplanes of homes, hospitals, schools, and marketplaces, particularly targeting women and children. Because many people, especially women and children, hide out in basements from the bombs, al-Assad drops barrel bombs containing chlorine. Since chlorine is heavier than air, it drifts down into the basements and forces the women and children into the streets, where al-Assad’s bombs can kill many of them all at once. In addition, al-Assad has used Sarin gas for mass slaughter on occasions.

After several months of this bombardment, international pressure has caused al-Assad to agree to allow the anti-Assad militias to give up their weapons and flee the violence along with their families by traveling to Idlib province in northwestern Syria along the border with Turkey.

Tens of thousands of refugees from Aleppo and Ghouta have traveled to Idlib province, and Idlib province is now a smoking cauldron. There are multiple competing militias all across the province, some of them moderate and some al-Qaeda linked. New militias are being formed all the time, as tensions increase because of overcrowding. Some of the militias get along with each other and, in other cases, they fight and kill each other.

Now that al-Assad is finishing up in Ghouta, he is beginning to turn his attention to Idlib province, where he plans to take control in the same way. But while Aleppo and Ghouta each started with about 300,000-400,000 people, Idlib has 2.5 million people. Furthermore, while Idlib was the location to which families fled from violence, there is no place else to go to escape Idlib.

If, as seems likely, al-Assad begins to use missiles, barrel bombs, chlorine, and Sarin gas on women and children in Idlib, there will be a humanitarian catastrophe several times worse than we have seen in Ghouta or Aleppo. Syria Deeply (29-Mar) and Enab Baladi (10-May) and United Nations and TRT World (Turkey)

Turkey’s foreign minister Mevlut Cavusoglu last week warned the Syrian government not to attack Idlib province since any such attack will lead to a “catastrophe”:

Currently the most important issue is for the ceasefire not be violated in Syria. If this is achieved, political settlement will become closer. There are many fragmented terror groups. Our intelligence service and the General Staff are dealing with the matter. We have achieved certain results. If the Syrian regime launches an attack tomorrow under the pretext of fighting against terrorists, it will be a catastrophe. This is why we are monitoring the situation and have established our observation posts.

So, Cavusoglu is saying that a Syrian attack will be a “catastrophe,” but he does not say that anything will be done in response to such an attack.

In fact, each of these 12 observation posts consists of a few tanks and a few Turkish soldiers. The sites are typically on the top of a hill so that as much countryside as possible can be observed, but it is clear that Turkish forces can do nothing to stop fighting among the local militias, or to prevent Syrian or Russian bombing with Idlib. All they can do is “observe.” Anadolu and Middle East Eye and Sputnik (Moscow)