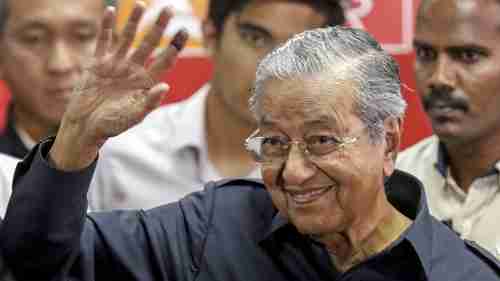 Malaysia and the world were shocked on May 8 when 92-year-old Mahathir Mohamad won 113 out of a total of 222 seats in the parliament, making Mahathir the new prime minister.

Mahathir defeated the incumbent prime minister Najib Razak, and it is believed that his surprising victory had to do with money. Voters were sickened by a scandal having to do with the 1Malaysia Development Berhad (1MDB), where the government cannot account for how billions of dollars were spent, though Najib denies any wrongdoing. However, six countries, including the United States, are investigating transactions related to the project.

Voters were also increasingly anxious about the country’s increasing indebtedness, especially to China. Malaysia’s relationship with China dominated the election campaign, as it has in many election campaigns in the past. Malaysians like the money that China invests in infrastructure projects, but are anxious about indebtedness to China and to the growing communities of Chinese workers.

Mahathir was previously prime minister from 1981 to 2003. He was a typical authoritarian leader, jailing and torturing the opposition, shutting down anti-government media, scorning human rights, and sometimes languishing in open anti-Semitism.

According to one story, he was accused of being “an angry man and will burn the whole country with his anger,” and he responded, “Yes, I am a very angry man, you can see how angry I am. I will burn you, I am always burning things.” 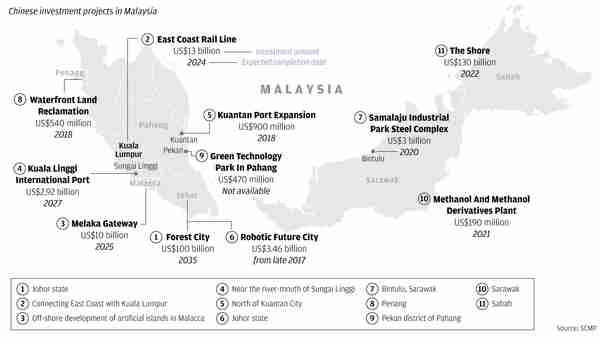 In the past few years, Prime Minister Najib Razak vastly expanded the extent of Malaysia’s economic engagement with China, in particular as a result of China’s Belt and Road Initiative (BRI). However, the country is now $251 billion in debt, and the new prime minister, Mahathir Mohamad, has committed to reducing the debt.

Mahathir is planning harsh cutbacks. At a press briefing just after he was elected, he announced that 17,000 contractual employees would be dismissed, and ministers’ salaries would be reduced by 10 percent.

A particularly sensitive cutback will be to the search for Malaysia Airlines Flight MH370, which disappeared on its way from Kuala Lumpur to Beijing on March 8, 2014, with 239 people on board, in one of the world’s biggest aviation mysteries. Houston-based Ocean Infinity has been hired to search for the plane in the Indian Ocean, under the condition that they will be paid $70 million, but only if they succeed. Mahathir is reviewing that contract, along with many others, for possible cancellation.

Mahathir’s first major canceled infrastructure project was not a Chinese investment at all. It was a planned high-speed rail link connecting Malaysia’s capital city, Kuala Lumpur, with Singapore. The price tag is $17 billion. Mahathir told reporters that “It’s not beneficial,” but in Singapore, there are concerns that the hostile relationship between Malaysia and Singapore in the previous Mahathir administration is now returning.

The biggest Chinese infrastructure project under scrutiny is the East Coast Rail Link (ECRL). This is an important part of China’s Belt and Road Initiative (BRI). The rail link will connect several eastern Malaysian ports on the South China Sea to Kuala Lumpur, and then to the Strait of Malacca on the west coast.

Objections to previous Chinese infrastructure investments in Malaysia have focused on the presence of thousands of Chinese workers, heavy dependence on Chinese materials, and limited opportunities for local companies. In order to respond to those objections, and to avoid a repeat of past problems, former prime minister Najib said the link would create 80,000 jobs and the Chinese project operator would be obliged to give at least 70 percent of these to local workers.

The Chinese construction firm is offering to provide a loan of 85 percent of the $14 billion project value, with a grace period of seven years. However, many Malaysians are familiar with the “debt trap” disaster that occurred in Sri Lanka, and many are calling the ECRL project “the next Sri Lanka.” The reference is to the Port of Hambantota, a Chinese infrastructure project in Sri Lanka, funded with a loan from China, with almost all the labor performed by Chinese workers. Sri Lanka was unable to repay the loan, and the government was forced to give the Port to China. So now Sri Lanka has a port owned by China, and a large Chinese enclave, with no benefit to itself and to its own people.

Mahathir would like to cancel the ECRL contract but is discovering that it is not possible. According to the contract signed with China by the Najib government, Malaysia will have to pay billions of dollars of the loan plus interest, within three months of default. Mahathir hopes at least that costs can be reduced by eliminating some parts of the ECRL infrastructure. Malaysia Insight and CNN and CNBC and Reuters and Bloomberg and The Diplomat