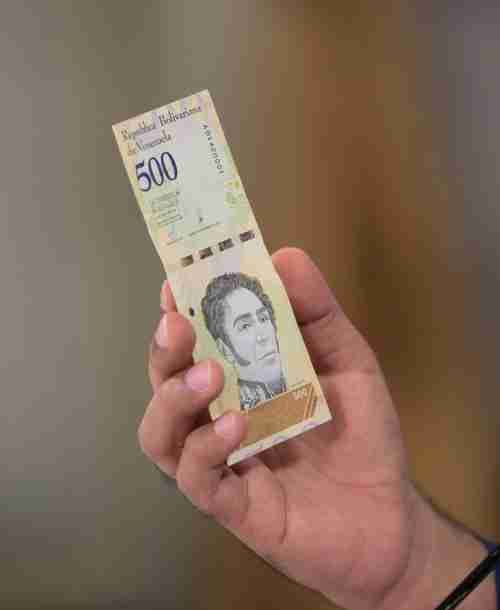 Venezuela’s socialist president Nicolás Maduro announced a bizarre set of new economic regulations to try to reverse the economic destruction he has inflicted for years. In his Friday night speech, he said: “I want the country to recover and I have the formula. Trust me.”

The first part of his “trust me” formula was to devalue the bolivar currency by 96 percent, then introduce a new currency, the Bolivar Soberano (“sovereign bolivar”) which is pegged to a pseudo-bitcoin-like crypto-currency called the “petro,” which is pegged to the price of oil, where oil is produced by Venezuela’s collapsing oil industry.

The second part of the formula is that the minimum wage will be increased by 3000 percent. This means that many business owners will have to lay off employees, substantially increasing unemployment in the country.

The third part of the formula is to increase the corporate tax rate. Businesses that survive the minimum wage increase many not survive higher taxes.

The fourth part of the formula is to remove the subsidy on gasoline. Businesses that depend on transportation costs to receive or deliver goods will be hit hard. Millions of workers who have been buying gasoline at subsidized rates will be hit hard as well. But this is necessary, says Maduro, to prevent fuel smuggling. There will also be new taxes on luxury goods.

Socialist Venezuela’s inflation rate is above 40,000 percent and the IMF predicts that it will reach one million percent this year. The only way to stop inflation is to produce more goods. If the people need two million loaves of bread to avoid starvation, and if the country’s bakeries only produce one million loaves, then one million people will go without bread, irrespective of what currency is being used. Furthermore, the price of bread will soar, irrespective of what currency is being used. That is not rocket science. That is Economics 101.

Venezuela’s socialist economy is destroying not only Venezuela, but the entire region, as more than a million migrants have fled starvation and violence in Venezuela and crossed the border into Colombia.

From there, many have continued on, planning to live in Ecuador or Peru. But Ecuador, which has been receiving 4,000 new migrants every day, crossing the border from Colombia, has closed the border and says that no more Venezuelans will be admitted unless they have a passport. Peru has announced a similar measure to take effect next week.

Socialist Venezuela is becoming one of the top three economic hyperinflation disasters of the last century, along with Zimbabwe under Robert Mugabe, and 1920s Germany under the Weimar Republic. CNBC and Independent (London) and Reuters

Socialist Alexandria Ocasio-Cortez says that capitalism has not always existed

Tens of thousands of years ago, when the first cavemen formed a community and started bartering with each other for products and services – “You make me a wheel, and I’ll kill a deer in exchange” – that was a free capitalist market.

There is also a lot of nonsense these days about Sweden and Norway being socialist countries. No, they aren’t. They are capitalist countries. Maybe the government pays for some services, like doctors and education, but that is also partially true in the United States, with Medicaid and school scholarships.

Socialism is mathematically impossible as the population grows. Socialism may work OK when you have a feudal society of a few hundred people, but the number of regulators grows exponentially faster than the population grows, so by the time you get to, say, a million people, everyone would have to be a regulator. So the socialist system collapses.

Somebody should tell Ocasio-Cortez that it is Socialism that has not been around forever. It was invented in 1848 by Karl Marx, and it has been a disastrous failure every time it has been tried, for the reasons I just gave. Whether Ocasio-Cortez likes it or not (and I’m sure she does not), it is mathematically provable that socialism will always fail.

That is why countries like Cuba, Russia, China, East Germany, Norway, Sweden and others that have tried socialism have been forced to end it and return to free markets, and a great deal of capitalism.

The only two mostly socialist countries that I am aware of in the world today are Venezuela and North Korea. All others are mostly capitalistic. I keep wondering how stupid you have to be to support Socialism, which has a 100 percent failure record, but we only have to look at Socialist politicians like Kim Jong-un, Nicolás Maduro, Alexandria Ocasio-Cortez, Bernie Sanders, and Jeremy Corbyn for the answers. Daily Caller