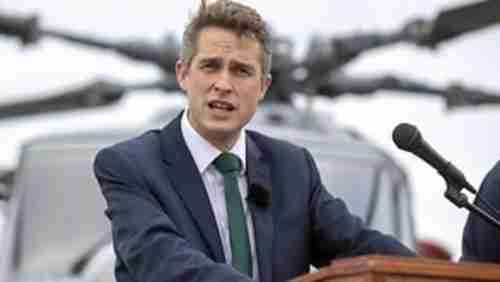 In the 1800s, Britain was the world’s superpower. Now, Britain’s Defense Secretary Gavin Williamson says that Britain could return to being a “true global power” after Brexit.

According to Williamson, Britain will become a much more important world player after Brexit:

This is our biggest moment as a nation since the end of the Second World War, when we can recast ourselves in a different way, we can actually play the role on the world stage that the world expects us to play.

For so long – literally for decades – so much of our national view point has actually been coloured by a discussion about the European Union.

This is our moment to be that true global player once more – and I think the armed forces play a really important role as part of that.

I am very much looking at how can we get as much of our resources forward based, actually creating a deterrent but also taking a British presence. We are looking at those opportunities not just in the Far East but also in the Caribbean as well.

Williamson did not specify where the bases would be, but unnamed sources say that one could be sited in Singapore or Brunei, adjacent to the South China Sea. The other could be Montserrat or Guyana in the Caribbean. The bases would be created “within the next couple of years.”

The U.K. already has bases in Cyprus, Gibraltar, the Falkland Islands, and Diego Garcia. Williamson said he expected a dramatic shift in political focus after Brexit – with the UK building deeper relationships with Australia, Canada, New Zealand, Caribbean states, and nations across Africa.

China claims the entire South China Sea as its sovereign territory, based on some fantasy historical claims. In 2016, the Philippines won a historic case in the United Nations Permanent Court of Arbitration in the Hague thoroughly humiliating China by ruling that all of China’s activities in the South China Sea are illegal and in violation of international law. However, as a criminal outlaw state, China has continued building illegal military bases in the South China Sea, annexing the region illegally just as Hitler annexed Poland.

And so a new British military base in the South China Sea is certain to provoke the usual hysterical screams from the paranoid Chinese Communist Party, and there is no way to tell how they will react or whether they will retaliate militarily. Daily Mirror (UK) and Special Broadcasting Service (Australia) and Bloomberg

The State Department has issued an elevated travel warning for people considering travel to China. Particularly alarming is China’s use of exit bans to lure individuals back to China from abroad. Once in China, individuals can be arbitrarily arrested and tortured, with no access to lawyers or the outside world, and may be arbitrarily jailed for years with no trial and even no charges.

Exercise increased caution in China due to arbitrary enforcement of local laws as well as special restrictions on dual U.S.-Chinese nationals.

In most cases, U.S. citizens only become aware of the exit ban when they attempt to depart China, and there is no method to find out how long the ban may continue. U.S. citizens under exit bans have been harassed and threatened.

Extra security measures, such as security checks and increased levels of police presence, are common in the Xinjiang Uighur and Tibet Autonomous Regions. Authorities may impose curfews and travel restrictions on short notice.

China does not recognize dual nationality. U.S.-Chinese citizens and U.S. citizens of Chinese heritage may be subject to additional scrutiny and harassment, and China may prevent the U.S. Embassy from providing consular services.

Special care should be taken when visiting Xinjiang province, where China has arbitrarily jailed as many as a million Muslim Uighurs, subjecting them to “re-education” torture, rapes, and beatings. US State Dept. and CNBC and Business Insider