Thousands of Brazilians hit the streets on Sunday in support of Justice Minister Sergio Moro, scheduled to testify to the lower chamber of Brazil’s Congress on Tuesday after reports accused him of improper bias while acting as a judge in the nationwide anti-corruption campaign known as “Operation Car Wash.”

As a judge in the small city of Curitiba, Moro became an iconic figure in Brazil for spearheading the Car Wash operation, which took down dozens of politicians from nearly every major political party in the country. Current President Jair Bolsonaro appointed him minister of justice in recognition of his work. Moro’s work revealed a nationwide scheme in which politicians would grant contractors, often the Brazilian construction giant Odebrecht, agreements to build infrastructure projects at inflated prices. To continue receiving the work, the contractors would kick back a portion of the extra cash they received on the projects to the politicians in charge of making the projects happen.

The highest-profile politician to be convicted for taking money from the Operation Car Wash scheme is former socialist President Luiz Inácio Lula da Silva, who was found guilty of buying a luxury beachfront property with tax money given to a corrupt contractor and kicked back to him. At the time of his arrest and conviction, Lula was the frontrunner in the 2018 presidential race, in large part due to many voters not knowing that he had been convicted of corruption. Leftists still protest, half a year into Bolsonaro’s tenure, that the conservative would not have won had Moro not allowed the investigation against Lula to proceed and ultimately result in a sentence of nearly a decade in prison.

The Intercept, a leftist publication run in part by Rio de Janeiro-based American journalist Glenn Greenwald, published last month what it claimed to be messages between Moro and prosecutors working on the Lula case that showed Moro having an unethical interest in ensuring that Lula could not run in the 2018 campaign. The publication accused Moro of wading into “legally dubious” territory, carefully calling the conversations unethical but not illegal. Moro has since insisted that Brazil’s laws allow judges to interact with prosecutors in the manner that he had done and called into question the legitimacy of some of the most controversial messages.

In at least 70 cities – 88, according to the Agence France-Presse (AFP) – citizens took to the streets Sunday to support Moro. Folha de Sao Paulo identified 26 Brazilian states hosting rallies in favor of Moro and Bolsonaro in anticipation of a congressional hearing Tuesday in which Moro was set to testify. Among the cities with the largest events in Moro’s favor were Rio de Janeiro, Sao Paulo, Belo Horizonte, Recife, and Brasilia, the capital. 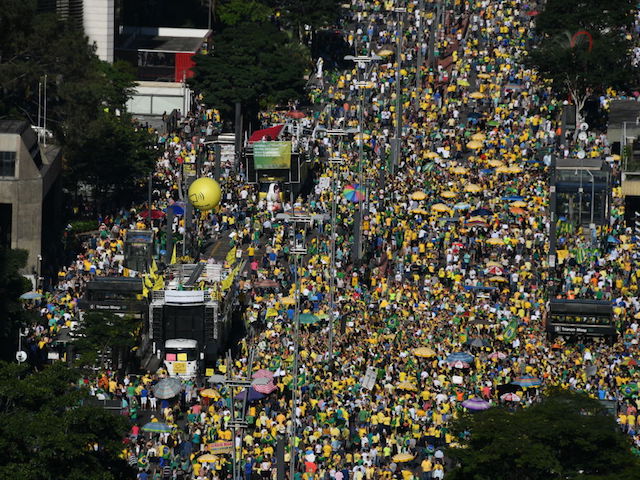 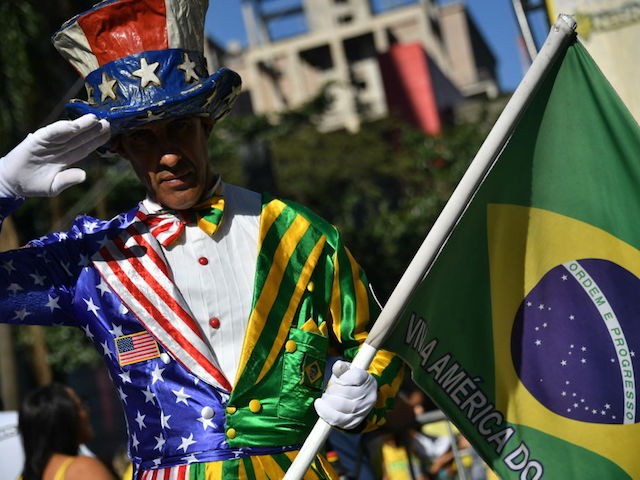 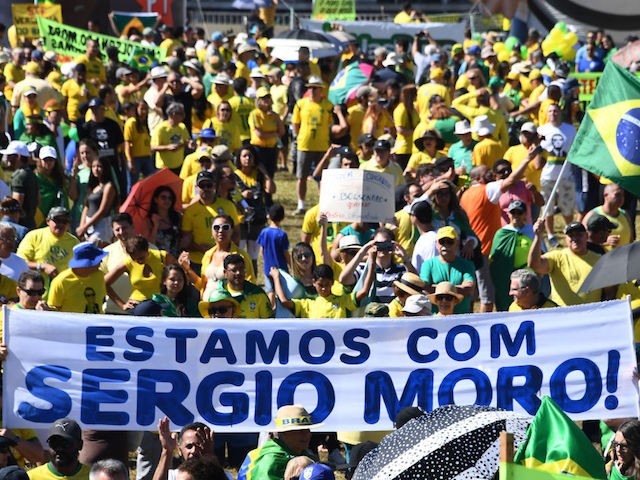 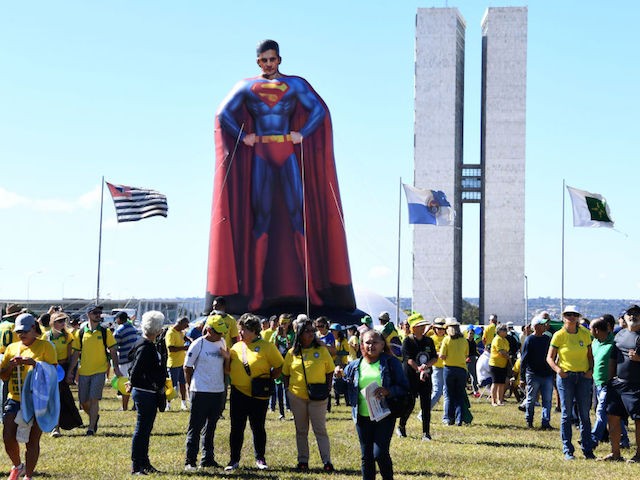 Veja, a Brazilian magazine, reported that no official estimates exist for the total number of Moro supporters that rallied nationwide. It did note that the events were largely peaceful.

In response to the rallies, Bolsonaro posted a message on Twitter in support of Moro. The minister himself posted a photo of one of the rallies in gratitude, writing, “I see, I listen. Car Wash, anti-crime project, foresight, reform, change, future.”

“I listen, I hear, I am grateful,” he added. “I am grateful to Pres. [Bolsonaro] and all those who support and trust in our work. Hackers, criminals, or malicious editors will not change these fundamental truths. We will advance with Congress, with the institutions, and with your support.”

The Intercept has described the origin of the messages as “an anonymous source.” Some have accused hackers of unlocking the text conversations, delivered through the encrypted app Telegram, rather than someone within the Bolsonaro government leaking them.

Moro was scheduled to testify in Congress on Tuesday in response to the latest Intercept report, which claims Moro illegally helped prosecutors strategize to keep Lula in prison. The Intercept releases indicate that Moro had concluded that the overwhelming evidence against Lula proved him to be corrupt.

Moro testified on June 19 previously, questioning if he had, in fact, sent many of the messages. At the time, he vowed to step down from the ministerial position if Congress could prove any impropriety against him.

On Tuesday, Moro insisted to Congress that criminals were targeting him to attempt to scare the country into ceasing the Car Wash investigations and into invalidating the convictions he had already handed down for corruption.

“In my view, there is a criminal attempt to invalidate convictions and, even worse – my main suspicion is that the main objective is to avoid further investigations,” Moro said, according to the Brazilian newspaper O Globo. He accused “criminals who fear that the investigations will reach them and are willing to use that expedient [the Intercept reports] to prevent the investigations from proceeding” of being behind the alleged leaks.

“I do not recognize the authenticity of these messages. I do not have any more on my cell phone. Some may be true, some may have been partially or totally tampered with,” Moro added.

He reiterated that it is not only legal, but “common” in Brazil for judges and attorneys to have conversations about their cases.