The images speak for themselves. Just look at the horror taking place around the globe: toddlers carrying assault rifles as big as they are, children just old enough to play football strapping on suicide vests.

The people behind the documentary Kids: Chasing Paradise say the epidemic of terrorist organizations and radicalized parents training young children to commit murder and suicide is largely ignored. They hope to change that.

Last week, a producer of the film and some others involved with the project spearheaded by the Clarion Project came to Capitol Hill for a world premiere screening of the documentary and to share efforts to educate people and provide tools to prevent the phenomenon.

“The bottom line is hate being taught at a very young age because you can’t really harm another person unless you’ve been taught to hate them,” Raheel Raza told Breitbart News. “No one is born a killer — you teach people to become a terrorist and that is taught through hate.”

Raza, an adviser to the Clarion Project and the founder of Muslims Looking Forward, is a self-described “reformist Muslim” who rejects the brand of Islam that incites acts of violence or jihad to accomplish their ultimate goal of a world under Sharia, the notoriously restrictive Islamic law. 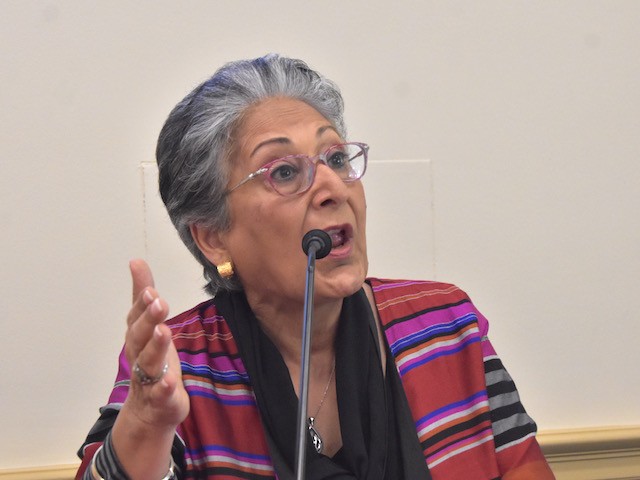 Raheel Raza is a “reformist Muslim” who has devoted her life to educating people about the dangers of radical Islam, including the recruitment of children to fight for worldwide jihad. (Penny Starr/Breitbart News)

Raza told Breitbart News she has received death threats, a fatwa (Islamic religious edict) has been declared against her, and she has been sued for her views, including her belief that the threat from radical Islam originates from three sources: Iran, Saudi Arabia, and the Muslim Brotherhood.

“Because it’s not just the overt violence that is dangerous,” Raza said. “It is an ideology that wants to destroy the West by importing Sharia law.”

“They’re talking about infiltration into the education system, into the government, into institutions, into law enforcement,” Raza said. “And then, slowly, this ideology takes over.”

“It is, in many ways, far more dangerous because overt violence you can see … but the Muslim Brotherhood works in very, very subtle ways,” Raza said.

“As a mother and as a Muslim reformer, I see no greater threat to humanity’s potential for peace than the perversion of childhood,” Shireen Qudosi, the national correspondent for the Clarion Project, wrote in an op-ed that was published on the Fox News website:

As I write this, my own son is enjoying his summer vacation from school. He spends time daydreaming and building an imaginary world that he immerses himself in for hours at a time. But elsewhere, children are not so fortunate.

Summer camps in Gaza are teaching children as young as 5 how to stab Jews. Move your finger a few inches on the map and ideological fanatics are exploiting a child’s unconditional ability to love by creating dangerous co-dependency to be deployed later as child soldiers and suicide bombers.

The worth of children is not seen in their capacity for growth, but in their ability to comply and be turned into weapons of war.

Qudosi is a former refugee who was raised “across three continents,” according to her brief biography on the Clarion Project’s website.

The documentary is a stunning look inside this world of child soldier recruitment around the globe, including Iraq, the Gaza Strip, the Philippines, Yemen, and the United States.

Mohammed Ali is a 14-year-old in Iraq featured in the film who said in the film that he wants to join the Popular Mobilization Forces (PMF) — a coalition of mostly Shiite, Iran-backed militias accused of human rights abuses — and he hopes to die so that he will become a martyr.

Featured in the film is Mohammed Sheikh Eid, 14, who attended a “summer camp” on the Gaza Strip where campers are taught the virtues of martydom. His parents and relatives approve of his “education.”

Two others featured in the film include a woman who lost her son after he was radicalized and traveled to Syria to fight with ISIS and Tania Joya, who was married to one of the highest-ranking ISIS leaders in Syria.

Christianne Boudreau and her family live in Canada. At first, she was not alarmed when her son, Damian Clairmont, converted to Islam. But as he continued to withdraw from his family and friends she grew alarmed.

The last time she talked to him in 2012, Damian told Christianne the truth about his travels: he was in Syria fighting with ISIS.

“I begged him to come and he said he couldn’t — that women and children were dying at the hands of [Syrian dictator] Bashar Assad. That’s what he said,” Boudreau told Breitbart News. “That’s what he believed.”

A call from a journalist seeking a photograph of Damian broke the news: her 22-year-old son was dead.

Boudreau’s experience — including a government that urged her to be silent and, she says, offered no resources for coping with the loss of her son in such horrific circumstances — led her to reach out to other mothers who had been through the same trauma. They joined forces to launch Mothers for Life, a group that now has active members in numerous countries around the globe.

Joya’s story is one of misguided embracing of radical Islamic terrorism and then redemption, which she says is proof that hearts and minds can be changed, especially when it comes to protecting children. 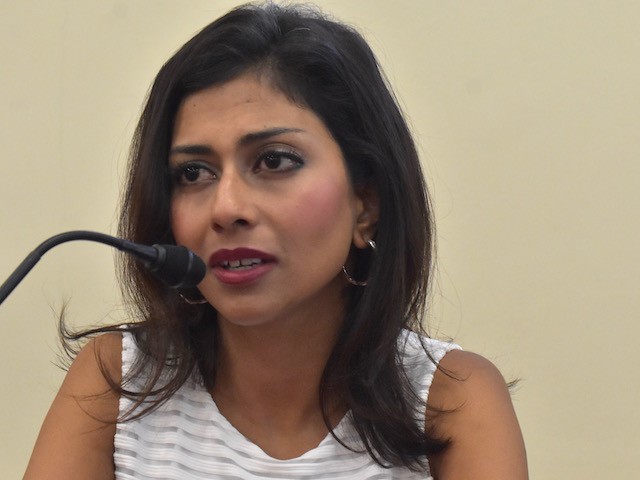 Tania Joya was once a jihadist who was married to one of the top ISIS leaders but has since become an activist to educate people about the dangers of child recruitment. (Penny Starr/Breitbart News)

Joya was married to the infamous American-turned-ISIS leader John Georgelas, who she met on an online Muslim dating website in 2003. She lived with her parents, who are from Bangladesh, in the United Kingdom.

“We both had a passion for jihad,” Joya said at the Capitol Hill briefing and film screening last week, adding that she already had a vision for her future children when she married the man who would become known as Yahya Abu Hassan.

Joya said she wanted to raise her future sons as “fearless men that would conquer for the sake of God and Islam.”

By 2013 — when Joya was in Syria with her husband and three young children, and five-months pregnant — she wanted to get out of the country and the marriage.

Joya said she used Georgelas’s cell phone to call his parents in Texas to ask them to help her come to the United States. Joya told them to contact the federal agents familiar with her husband.

“If I don’t get help out of Syria you’re not just going to have just one American terrorist on your hands, you’re going to have five — my four sons and John,” Joya said.

“And the last thing I wanted to do is bury them in my lifetime,” Joya said.

“We have to nurture resilience against radicalization as a means of nurturing human dignity,” Clarion Project’s Qudosi said at the Capitol Hill briefing. “We do this by protecting the raw power of human imagination and expression in the most untainted population: children. 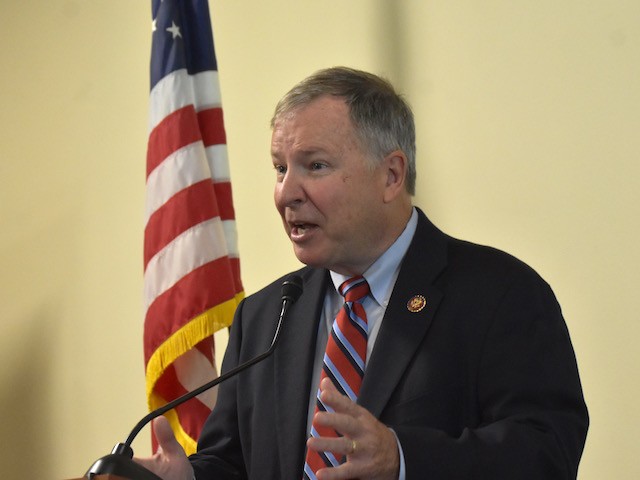 “Central to solutions is the need for everyone, including members of Congress, to understand how radicalization preys on children.”

Rep. Doug Collins (R-GA), who sponsored the event on the Hill, was the only lawmaker to attend the briefing and film screening.