The United Nations has released $19 million in funding to East African nations to help the fight against a devastating desert locust outbreak, the body’s humanitarian chief Mark Lowcock announced this weekend.

Lowcock, who is the U.N’s Under-Secretary-General for Humanitarian Affairs and Emergency Relief Coordinator, confirmed that the funding, which will be sourced from the U.N. Central Emergency Response Fund, will go towards increasing the number of pesticide aerial spraying operations that have proven the only effective way of containing the outbreak. 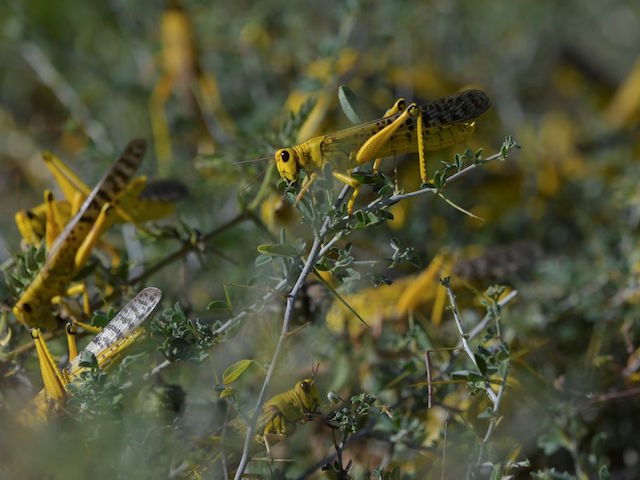 Gregarious locusts congregate on some ground vegetation at Larisoro village near Archers Post on January 21, 2020. (TONY KARUMBA/AFP via Getty Images)

The most serious outbreaks are in Ethiopia and Somalia, where it is the worst of its kind for 25 years, as well as Kenya, which is the worst it has seen for 70 years. They are consequently having a devastating impact on these countries as pastures and crops are being destroyed in areas that are already impoverished and facing major food shortages.

“This devastating locust outbreak is starting to destroy vegetation across East Africa with alarming speed and ferocity,” Lowcock said in a statement. “Vulnerable families that were already dealing with food shortages now face the prospect of watching as their crops are destroyed before their eyes.”

More than $10M has been released from @UNCERF in response to the devastating desert locust outbreak in East Africa.

It's the worst of its kind for 25 years in Ethiopia & Somalia – and the worst Kenya has seen for 70 years. https://t.co/8t2uL6S1uG pic.twitter.com/dHUmvw3zq5

He explained that the funding would be used to fund a “massive scale-up in aerial operations to manage the outbreak.” It is estimated that it will take around $70 million to fully manage the situation.

“If left unchecked, this outbreak has the potential to spill over into more countries in East Africa with horrendous consequences,” he continued. “A swift and determined response to contain it is essential.” 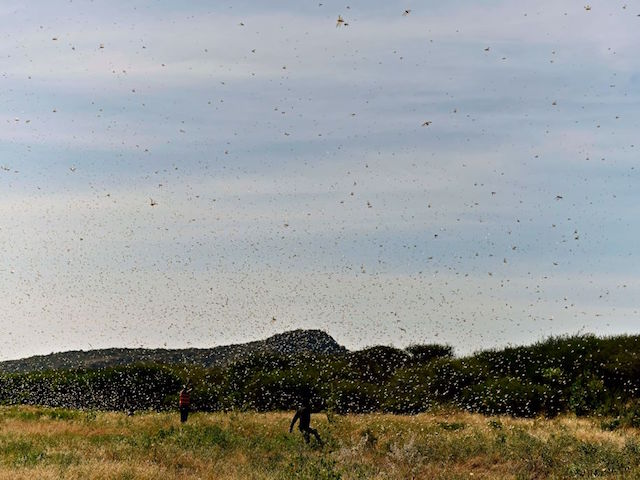 As explained by the Food and Agriculture Organization, desert locusts are among the most hostile and dangerous pests in the world:

A single locust can travel 150km and eat its own weight in food – about two grams – each day. A small swarm can consume the equivalent of food for 35,000 people in one day. They reproduce rapidly and, if left unchecked, their current numbers could grow 500 times by June.

The outbreak is also exacerbating the effects of adverse climatic conditions. Vegetation in Ethiopia has already been badly damaged by floods, while Kenya has also experienced two consecutive years of drought followed by major flooding.

Last week, the Director-General of the U.N. FOA, Qu Dongyu, warned that the situation was now a crisis of “international dimensions.”

“Authorities in the region have already jump-started control activities, but in view of the scale and urgency of the threat, additional financial backing from the international donor community is needed so they can access the tools and resources required to get the job done,” said Qu.

“Communities in Eastern Africa have already been impacted by extended droughts, which have eroded their capacities to grow food and make a living,” he continued. “We need to help them get back on their feet, once the locusts are gone.”

As well as the Horn of Africa, the locusts could potentially wreak havoc in parts of Southwest Asia and the Red Sea, with reports of large desert locust swarms breeding in India, Iran, and Pakistan since June ofg last year. An uptick in breeding activity in countries such as Egypt, Eritrea, Saudi Arabia, Sudan, and Yemen also increases the risk of a large-scale outbreak.