CARACAS – It has been over a week since the U.S.-based cable company DirecTV ceased operations in Venezuela, unplugging ten million viewers — yours truly included.

The situation has resonated so much lately that even Secretary of State Mike Pompeo weighed in, referencing Futból Total, a popular soccer show that DirecTV Sports airs in Latin America.

Why can't Venezuelans watch Fútbol Total? Because Nicolás Maduro drove DirecTV out. Protecting his cronies and their money is more important than allowing ten million citizens access to uncensored information.

A legal crossroads that made the company choose between compliance with U.S. sanctions and asphyxiating Venezuelan telecommunications laws forced AT&T to shut down DirecTV’s cable service in Venezuela. It’s understandable: if you’re a U.S.-based company and you find yourself in this situation, who would you rather comply with: your own government or Maduro’s illegitimate narco-regime?

The answer is a no-brainer, even if it’s an unsavory one for their customers in the country. Yet it took years for AT&T to make the decision.

For years, Maduro’s regime forced DirecTV and other cable companies to censor and remove channels from their grid whenever they became a real challenge to the socialist regime’s narrative, or because they became a nuisance. The regime also forced cable companies to operate at a dramatic loss, obligating them to charge absurdly low fees to their customers.

My last bill, inaccessible through the now-defunct DirecTV Venezuela website (but can be referenced through my bank statement) dated April 24th, 2020, went for 163,900.00 bolivars – less than $1. That’s not even enough for a loaf of bread. 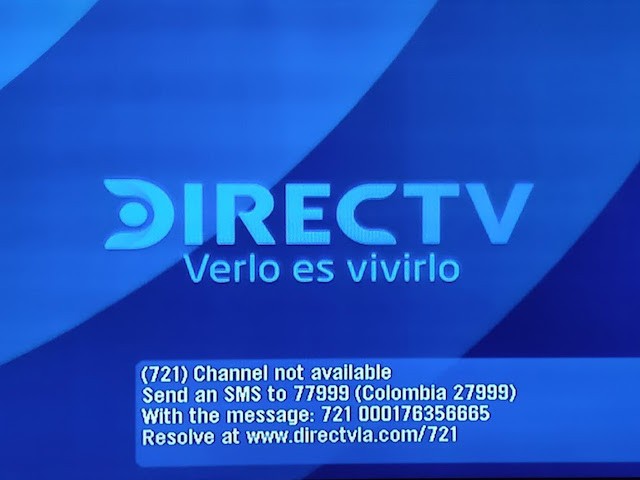 All the laws and regulations imposed on DirecTV and other providers over the years had one hidden purpose: to build the legal means that allows them to force cable TV providers to broadcast their propaganda alongside their regular programming, covering areas of the country that they could not get to on their own. Should they fail to comply, they faced being heavily fined, sanctioned, or worse, expropriated.

CONATEL, the regime’s Telecommunications committee – and censor extraordinaire – imposes mandatory channel quotas that force cable operators to carry what is known by law as “public service community TV,” a Trojan-horse legal recourse that lets them shove TV channels in there such as TV FANB (Bolivarian Armed Forces TV) and PDVSA TV (state oil company TV), plagued by all sorts of socialist ideology nonsense and the most rancid of anti-American messages and ads.

Take, for example, this reworking of the legendary Queen song “We Will Rock You,” which replaces the chorus with “no more Trump, no more Trump.” Hard to believe the Venezuelan state paid Queen any royalties for it:

Or this cartoon of late dictator Hugo Chávez, featuring a revised version of the Lord’s Prayer that replaces “our Father” with “our Chávez”:

With AT&T out and its former customers disconnected from the service, DirecTV has become the latest bizarre battlefield for both the regime and the opposition, as each side attempts to seize the opportunity to rally whoever still believes in either camp.

Maduro, an avid DirecTV subscriber, has openly mocked its departure. Regime figureheads have had the audacity (and hypocrisy) of attempting to frame this situation as if they were victims, not wasting the opportunity to take jabs at legitimate but non-functional President Juan Guaidó. It is ironic to see a man like Pedro Carreño, a former soldier turned socialist politician, blame U.S. sanctions and berating the Escualidos (derogatory term for people who do not support the regime roughly meaning “scrawny ones”) for the departure of DirecTV when twenty years ago he peddled a conspiracy theory that DirecTV devices recorded their users.

In a blatant display of bread and circus politics, the Maduro Supreme Court has ordered the seizure of all of DirecTV’s assets and has forced the company to reactivate the signal as it was (including the sanctioned TV channels that led to their departure in the first place), as if they could simply storm the facilities with a bunch of soldiers and be able to reconnect to DirecTV’s satellite.

For the regime, this act is not about preserving customer rights. It’s about the DirecTV satellite cable infrastructure that they can no longer leech from. The once flaunted Venesat-1 satellite of Chinese quality and craftsmanship is now a huge pile of junk drifting in space.

The loss of their stranglehold on DirecTV’s broadcast infrastructure put a huge dent in the regime’s propaganda diffusion. Their stubbornness and own laws ended up backfiring on them, leaving them as a fine example of the old saying “se quedaron sin el chivo y sin el mecate” – they tried to tie up the wild goat, but they lost the goat and the rope.

Meanwhile, Guaidó has released several statements, clinging to perceived momentum in a vain attempt to regain some of the relevance lost throughout the past months. That’s pretty much all he’s done before and after this, so its business as usual with him.

AT&T, through its DirecTV Venezuela subsidiary, has joined the ever-growing list of American companies that, after years of constant threats and regulations by the socialist regime of Venezuela, have reached the ultimate conclusion of cutting their losses and closing their doors, such as Clorox and Kellogg. The Maduro regime has seized both of their assets on the ground. In Kellogg’s case, Maduro has actually spearheaded their use to manufacture counterfeit socialist cereal. 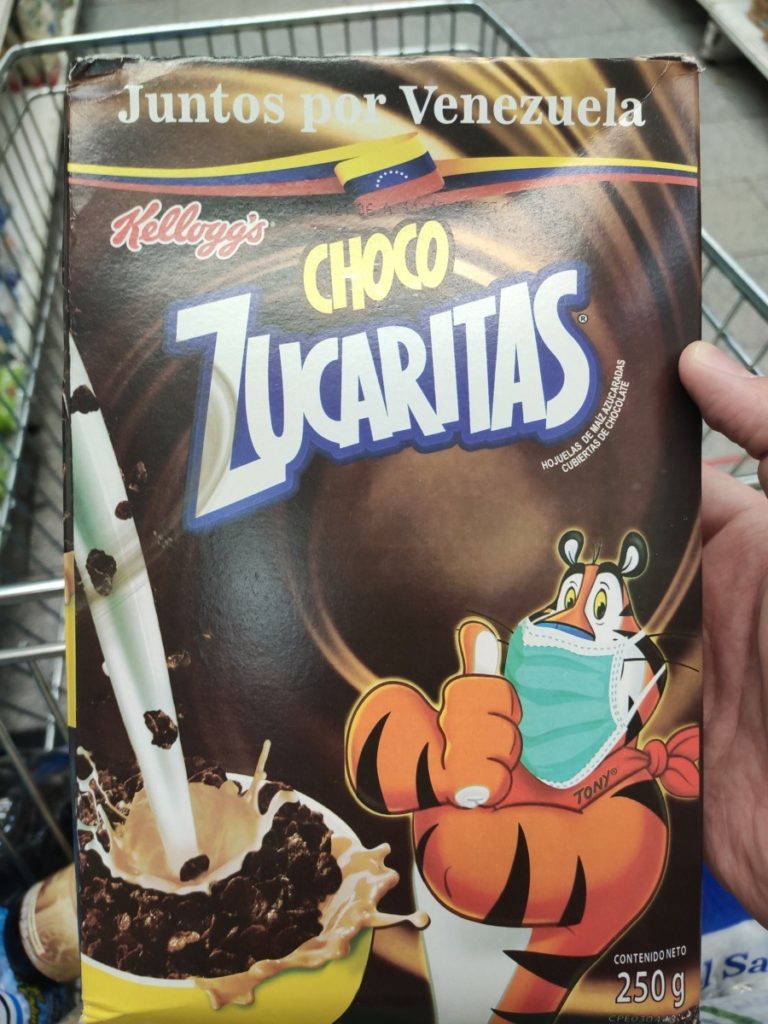 Chocolate frosted flakes with coronavirus branding in Caracas, Venezuela. Nicolás Maduro seized the city’s Kellogg plant in 2018 after the company left the country and manufactures “Kellogg’s” cereals with no regard to intellectual property law. (Christian K. Caruzo/Breitbart News)

Some companies remain in Venezuela, forced through the regime’s constant bullying to operate at a loss or dramatically cut down costs in order to stay afloat. Mcdonald’s Venezuela, for example, had to ditch the sale of fries and substitute yuca, a cheaper Caribbean tuber, for potatoes. When it finally restored access to potatoes, McDonald’s launched an all-out ad blitz for their new luxury product —an occurrence only possible (and a consequence) of the Bolivarian Revolution.

Certainly, there are still cable tv alternatives for Venezuelan customers to replace DirecTV with — including going to the black market and replacing the service with its Colombian iteration using smuggled equipment – but in these complicated socialist collapse times of water, gasoline, hyperinflation, and food shortages that we live in, one’s priorities are aimed towards more pressing matters.