A group representing millions of Indian retailers on Thursday demanded a government investigation of Amazon.com following a Reuters report that accused the online retail behemoth of manipulating search results to privilege its own knockoff brands over Indian retail merchandise.

“Amazon is causing a great disadvantage to the small manufacturers. They are eating the cake that is not meant for them,” Praveen Khandelwal of the Confederation of All India Traders told Reuters on Thursday.

Reuters quoted an Indian official calling for a nationwide boycott of Amazon, and a fiery blog post from a nonprofit called the Alliance of Digital India Foundation (ADIF) that said Amazon’s behavior was “highly deplorable and brings into question the credibility of Amazon as a good faith operator in the Indian startup ecosystem.”

The report that prompted these outraged reactions accused Amazon of creating knockoffs of Indian products, then manipulating its search results so customers saw the knockoffs as featured products before seeing the original items. 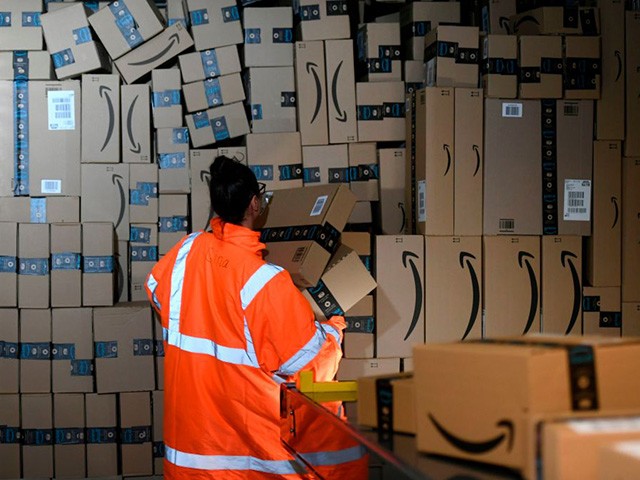 CNBC explained that Amazon does not take the crude and obvious tactic of making its own branded products appearing first in search results; instead, it allegedly uses “search seeding” tactics to ensure its products appear near the top, then calls consumer attention to them with “sparkles” or on-screen banners.

Amazon has been accused of doing this sort of thing in other markets, but Reuters reviewed “thousands of pages of internal Amazon documents” that described a vast and meticulously-planned campaign to muscle Indian retailers out of their own market, which happens to be one of Amazon’s biggest growth opportunities:

Among the victims of the strategy: a popular shirt brand in India, John Miller, which is owned by a company whose chief executive is Kishore Biyani, known as the country’s “retail king.” Amazon decided to “follow the measurements of” John Miller shirts down to the neck circumference and sleeve length, the document states.

The internal documents also show that Amazon employees studied proprietary data about other brands on Amazon.in, including detailed information about customer returns. The aim: to identify and target goods – described as “reference” or “benchmark” products – and “replicate” them. As part of that effort, the 2016 internal report laid out Amazon’s strategy for a brand the company originally created for the Indian market called “Solimo.” The Solimo strategy, it said, was simple: “use information from Amazon.in to develop products and then leverage the Amazon.in platform to market these products to our customers.”

The Solimo project in India has had international impact: Scores of Solimo-branded health and household products are now offered for sale on Amazon’s U.S. website, Amazon.com.

One of the Amazon documents referred to the expertise of original manufacturers – which Amazon’s “partnership” employees were allegedly sent to study and duplicate – as “tribal knowledge.”

Reuters said the Amazon documents laid out a “formal, clandestine strategy” to imitate Indian retail products and manipulate search results. These are both activities that Amazon executives – including founder Jeff Bezos – have repeatedly sworn to Congress under oath that the company would never engage in. 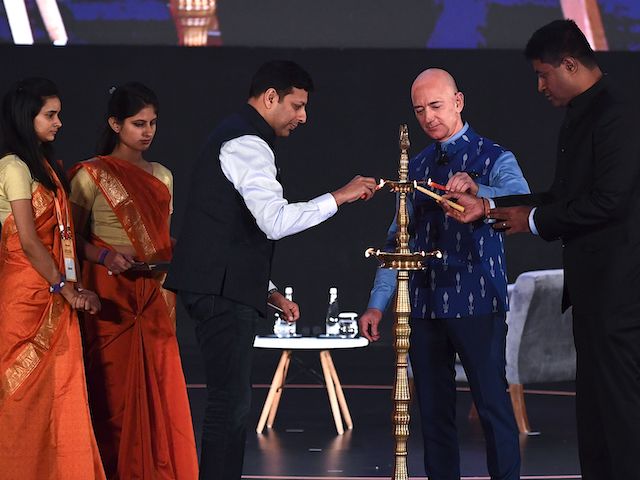 Bezos specifically stated in July 2020 that Amazon has “a policy against using seller-specific data to aid our private label business,” but added that he could not “guarantee that policy has never been violated.” The Reuters expose suggested it was violated with gusto in India by some fairly high-level Amazon personnel.

“It’s worth noting that Amazon has on multiple occasions, including during formal hearings, denied any wrongdoing that involves making use of consumer data to drive advantage for its own brands and products,” the ADIF said in its blog post on Thursday:

Amazon taking advantage of consumer data that they are in possession of, using that information to the detriment of the brands and sellers that helped generate the data in the first place, and then rigging search results to further hurt the original brands is an economic offence of the highest order, one that has destructive consequences for markets and falls foul of fair competition practices.

“The unfiltered insight the documents offer into Amazon’s aggressive use of its market power could intensify the legal and regulatory pressure the company is facing in many countries,” Reuters predicted.

Sen. Elizabeth Warren (D-MA) quickly responded to the Reuters report by demanding the breakup of Amazon:

These documents show what we feared about Amazon’s monopoly power—that the company is willing and able to rig its platform to benefit its bottom line while stiffing small businesses and entrepreneurs. This is one of the many reasons we need to break it up.https://t.co/1M0Tfa2TnV

The Economic Times noted that even before the Reuters expose was published, some Hindu media outlets were comparing Amazon to the East India Company – the corporate supervillains of the British colonial era – while a whistleblower accused Amazon of bribing Indian officials.

The Economic Times suggested Amazon could be attacked from several quarters of Indian politics because the Diwali holiday season is coming up, the Wuhan coronavirus pandemic is receding, and the battle for Indian consumer spending will likely be fierce. Furthermore, there is considerable anxiety in India about foreign companies seeking to destabilize the economy.

When Reuters invited Amazon to respond to its story on Wednesday, the company replied that it could not “confirm the veracity” of the documents Reuters obtained but said it believed the allegations in the report were “factually incorrect and unsubstantiated,” without explaining why.

Amazon insisted to Reuters that it displays its search results “based on relevance to the customer’s search query, irrespective of whether such products have private brands offered by sellers or not.”

Amazon’s response also repeated Bezos’ assertion that company policy “strictly prohibits the use or sharing of non-public, seller-specific data for the benefit of any seller, including sellers of private brands.”