Police in China’s now-infamous city of Wuhan are hunting for a man who allegedly used a knife to kill a local Chinese Communist Party (CCP) official and four members of his family, including his wife and two of his grandchildren.

Wuhan’s Public Security Bureau (PSB) released only a few details of the massacre on Tuesday morning. The target of the attack was Zhang Qihong, acting party secretary of Xiaosi township. The suspect, a 39-year-old male identified only by his surname “Gao,” entered Zhang’s home and attacked him with a knife at around 1:00 a.m. on Tuesday.

The South China Morning Post (SCMP) described a massacre that spilled out of the Zhang home to claim at least two victims on the street during the killer’s frantic, and so far successful, bid to escape:

It is alleged Zhang and his wife were killed in their living room, followed soon after by Zhang’s daughter-in-law when she carried a child aged under 12 months downstairs, according to Cover News, a local newspaper.

The PSB statement alleged Gao killed two others after leaving Zhang’s home and before jumping off a bridge into the Yangtze River around 6am. Police did not give details about those two deaths but witnesses alleged the suspect killed a driver and ran down a passer-by with a vehicle.

AFP noted the police report did not clarify if the suspect survived his leap into the Yangtze River.

“China does not allow civilians to carry guns, and many violent crimes in recent decades have involved knives,” AFP observed. 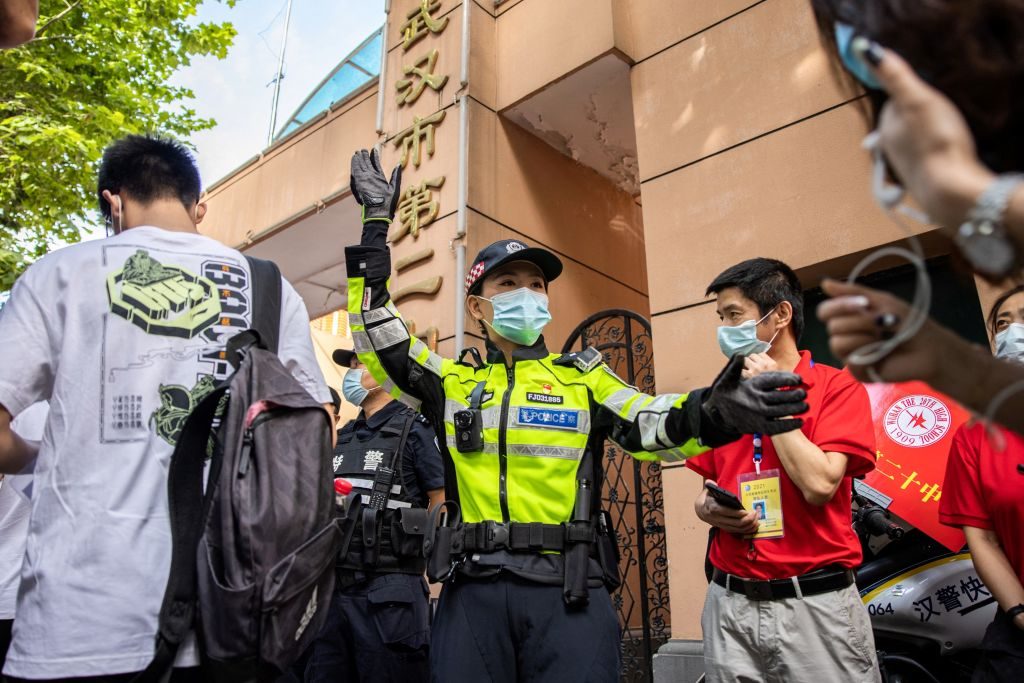 A police officer stands guard as students arrive at a school to sit the National College Entrance Examination (NCEE), known as Gaokao, in Wuhan, in China’s central Hubei province on June 7, 2021. (STR/AFP via Getty Images)

The SCMP noted Zhang had a long career in Xiaosi politics, beginning with a project to improve flood control measures in 1991. Wuhan police formally reprimanded him “micro-corruption” in 2017 after helping his nephew obtain a few hundred dollars’ worth of housing assistance that he did not qualify for. He became the “acting” party secretary in July when his predecessor resigned under murky circumstances.

“Micro-corruption” is something of a catch-all term for petty misbehavior by Communist Party officials, especially those in rural communities. Xiaosi is a small town of less than 20,000 people on the outskirts of Wuhan, a huge city that serves as the provincial capital.

Thousands of low-ranking officials were reprimanded or prosecuted for micro-corruption during dictator Xi Jinping’s 2016 anti-corruption crusade, for offenses ranging from outright theft to the sort of creative paperwork Zhang was accused of. Many of these officials were exposed by tips from disgruntled constituents.