Some of the city’s Beijing-controlled authoritarian legislators wanted to extend these censorship powers to cover online videos as well, fearing the Internet could become a “major loophole” that allows films to accumulate even more viewers by touting themselves as “banned.”

“We hope the bill will commence as soon as possible, to enhance the film censorship system and to plug the loopholes,” Commerce Minister Edward Yau told legislators. 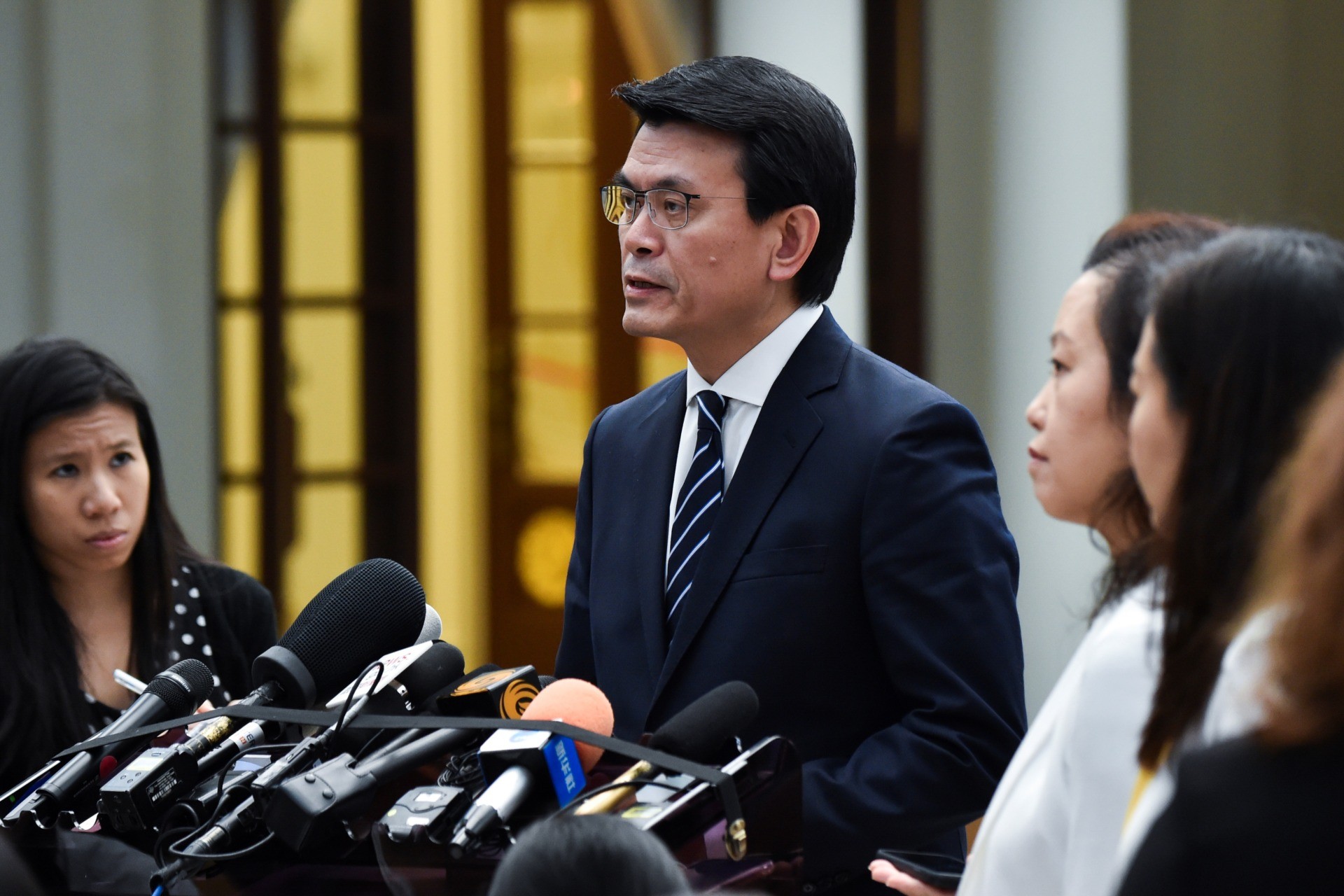 Hong Kong’s Secretary for Commerce and Economic Development Edward Yau speaks to journalists after a meeting at the Government House in Bangkok on November 29, 2019. (Photo by ROMEO GACAD/AFP via Getty Images)

Yau added a note of caution that expanding the bill to cover online videos would “go beyond the original intent of the ordinance, not to mention the technological and enforcement considerations.” He claimed the bill would have no great chilling effect on Hong Kong’s film industry because most of the films it produces have nothing to do with national security.

These assurances are difficult to take seriously after watching the draconian “national security” law imposed on Hong Kong by the Chinese Communist Party rapidly expanding to cover every bit of speech and political action the communists dislike.

International human rights organizations are shutting down their Hong Kong offices because they fear anything they do or say could be construed as a “threat to national security.” The regime has driven newspapers out of business and canceled television programs. Hong Kong officials have classified virtually all serious political dissent as dangerous to national security, especially if it involves anything that can be creatively construed as “collusion with foreign powers.”

Office of AIHK ceases its operation on 31 October 2021. Amnesty will continue to monitor the human rights condition in Hong Kong and around the world. Learn More: https://t.co/tjtjtlEhYN pic.twitter.com/WyRhcZF3q4

Hong Kong filmmakers would be reckless to risk censorship by making provocative movies, and their financial backers will be reluctant to risk money on productions that could be blacklisted. The new law does not merely suppress the distribution of movies that allegedly threaten national security – it imposes penalties of up to three years in jail plus fines of about $130,000 in U.S. currency.

The Straits Times suspected films such as Netflix’s Joshua: Teenager vs. Superpower, a documentary about student democracy activist Joshua Wong, would be targeted for censorship under the new law. Even before the new amped-up censorship bill was passed, movies about the 2019 pro-democracy movement were suppressed by invoking the national security law.

“Inspectors can search, without a warrant, premises showing a film, including company offices or a private members’ club, and the Film Censorship Authority can demand more information about a screening under the new rules,” the Straits Times noted.

“Local film censors may ask for up to 28 days to review films that may involve national security considerations. Filmmakers may not challenge the censorship body’s decision, as the new legislation will bar the Board of Review from reconsidering decisions made on national security grounds,” the Hong Kong Free Press added.

“It is a treacherous climate for businesses having to make content decisions,” Dr. Darrell West of the Center for Technology Innovation at the Brookings Institution said of the anticipated chilling effect from the censorship law.

“It is hard to imagine how film directors, executive producers and actors could stay politically neutral because China’s definition of politics focuses narrowly on any opinion and action thought to be a security threat,” warned Dr. Joseph Lee of the Global Asia Institute in New York.