“We, in the incident of the attack on Salman Rushdie in the U.S., do not consider that anyone deserves blame and accusations except him and his supporters. Nobody has the right to accuse Iran in this regard,” Kanaani insisted.

Kanaani elaborated that Westerners should not be “condemning the actions of the attacker and in return glorifying the actions of the insulter to Islamic beliefs,” thus equating the savage knife attack on Rushdie with the author’s words and writing – or, in short, arguing that Rushdie deserves to die for blaspheming Islam.

“By insulting the sacred matters of Islam and crossing the red lines of more than 1.5 billion Muslims and all followers of the divine religions, Salman Rushdie has exposed himself to the anger and rage of the people,” he said.

This seems like an exceptionally poor argument against Iranian culpability in the attempted murder of Salman Rushdie. Iranian Supreme Leader Ayatollah Khomeini notoriously issued a fatwa, or Muslim religious edict, calling for Rushdie’s death in 1989 after the author published The Satanic Verses. The book included Islam’s Muhammad as a character in a depiction some Muslims found offensive. 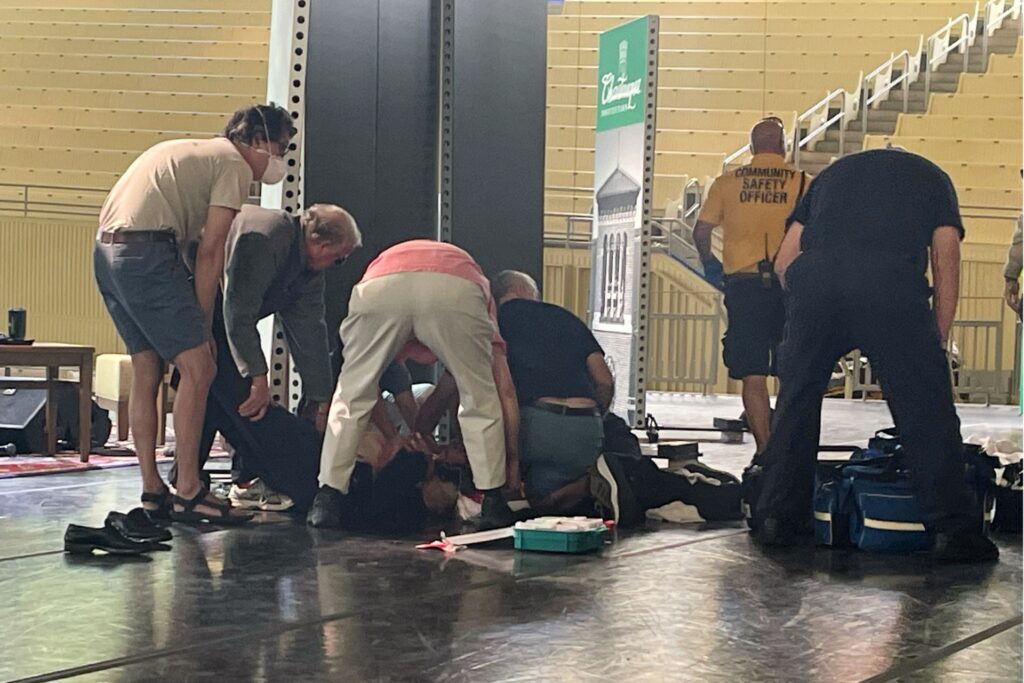 Author Salman Rushdie is tended to after he was attacked during a lecture, Friday, Aug. 12, 2022, at the Chautauqua Institution in Chautauqua, N.Y., about 75 miles (120 km) south of Buffalo. (AP Photo/Joshua Goodman)

“One may not discuss Muhammad as if he were human, with human virtues and weaknesses. One may not discuss the growth of Islam as a historical phenomenon, as an ideology born out of its time. These are the taboos against which The Satanic Verses has transgressed,” Rushdie said of his own work.

Khomeini pronounced The Satanic Verses blasphemous and placed a multi-million dollar bounty on Rushdie’s head, along with kill orders for anyone who would “dare insult the sacred beliefs of Muslims” by publishing the book. 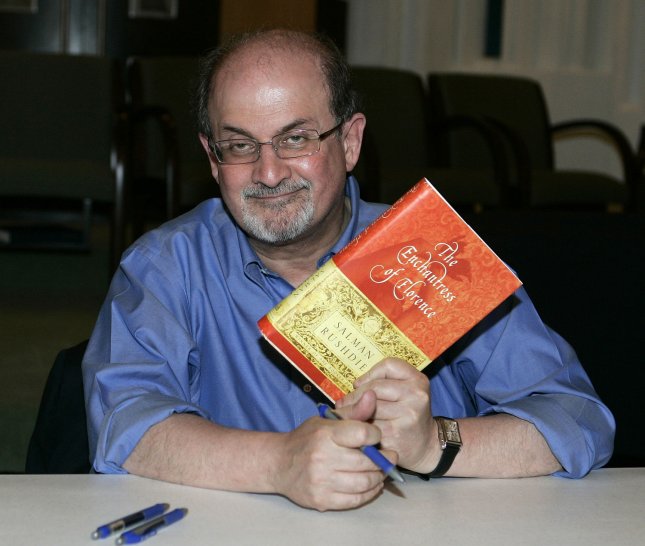 “Many people connected to the book were also targeted, and several were injured. In July 1991, Hitoshi Igarashi, the novel’s Japanese translator, was stabbed to death and its Italian translator, Ettore Capriolo, was badly wounded. In October 1993, William Nygaard, the novel’s Norwegian publisher, was shot three times outside his home in Oslo and seriously injured,” the New York Times noted on Monday.

The New Yorker on Sunday published an interview with Khomeini’s son Ahmed in which he said the late ayatollah never actually read The Satanic Verses and was merely using the book in a power play to consolidate his authority and distract Iranians from their woes after a decade of his misrule.

Iran has never withdrawn the fatwa calling for Rushdie’s murder, nor has the bounty on his life been retracted. In the late Nineties, the secular wing of the Iranian government and its relatively “liberal” President Mohammad Khatami said the death order was no longer being actively pursued, but it was not rescinded.

In 2019, a Twitter account linked to the current Supreme Leader of Iran Ayatollah Ali Khamenei was suspended for celebrating the 30th anniversary of the fatwa against Rushdie by announcing it was still in effect.

“Imam Khomeini’s verdict regarding Salman Rushdie is based on divine verses and just like divine verses, it is solid and irrevocable,” the Khamenei account said.

The BBC reported on Monday that Iranian media is applauding the attack on Rushdie as “divine retribution.” One Iranian state broadcaster declared “an eye of the Satan has been blinded,” referring to the eye injury Rushdie sustained.

The British government pushed back against Iran and called on Kanaani to withdraw his “truly sickening” comment blaming Rushdie for his own attempted murder.

“Iranian state institutions have incited violence against Rushdie for generations, and state-affiliated media recently gloated about the attempt on his life. This is despicable,” added U.S. Secretary of State Antony Blinken in a statement on Sunday.

Reuters reported Iranian social media is divided over the Rushdie attack. The major Western social media platforms are banned in Iran, but many Iranians get around the ban using virtual private networks (VPN).

Some Iranians said the attack on Rushdie was an “assault on freedom of speech” and dismaying evidence that brutal dictatorships can oppress people living in the free world, while others called for Rushdie’s death, or claimed the attack on him was a false-flag operation manufactured by the U.S. government to weak Iran’s position in nuclear deal negotiations.