President Barack Obama has won praise from the media — and from himself — for putting the White House visitor logs online. Yet the visitor logs may hide more than they reveal.

The White House is still holding back “tens of thousands” of visitor logs, according to congressional testimony last week by Tom Fitton, President of Judicial Watch, who also added that “the Obama administration is less transparent than the Bush administration.” 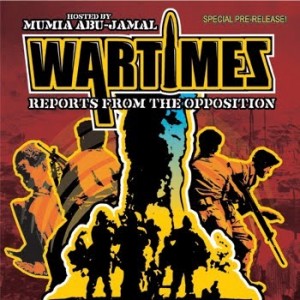 We also know that some of the most important presidential visitors don’t even walk into the White House. The administration meets K Street lobbyists at Caribou Coffee, and holds secret meetings in Jackson Place townhouses where there are no visitor logs.

The visitor logs that have been released are problematic, because they are simply lists of names, with no way to verify whether a specific name belongs to a particular person.

When the first names were released on Oct. 30, 2009, late on a Friday afternoon, then-White House “ethics czar” Norm Eisen noted the lists included “false positives” — “names that make you think of a well-known person, but are actually someone else.” According to Eisen, these included ordinary visitors named “Michael Jordan, William Ayers, Michael Moore, Jeremiah Wright, Robert Kelly (“R. Kelly”), and Malik Shabazz.”

A number of conservative bloggers noticed the names, but not Eisen’s blog post. With speed and precision suggesting direct coordination from the top, ThinkProgress, the core of the heavily funded John Podesta/George Soros “progressive” world, gleefully attacked its ideological foes for reporting “false positives.” The next release included “Louis Farrakhan” and “James Taylor,” but this time conservatives were more careful.

Yet there is no way to prove that the “false positives” really are false, because the White House refuses to reveal identifying information about visitors. In December 2009, citing visitor logs, Big Government reported that ACORN CEO Bertha Lewis had likely visited the White House on a special “staff tour” on September 5. The timing of Lewis’s visit — as the far-left regrouped in the aftermath of the health care town halls — seemed suspicious.

Ben Smith of Politico then reported that an anonymous White House source said we had the wrong Bertha Lewis. I asked Smith why, if that were the case, the White House would use an anonymous flack to put down our report, rather than busting us cleanly. Smith agreed it was weird. The next day, the official emerged, but the newly revealed Jen Psaki refused to say who the real Bertha Lewis was, citing “privacy concerns.”

With no way to verify, there is no real transparency. Of course, with Andrew Stern, the former president of the Service Employees International Union (SEIU), who visited the White House over twenty times through October 2009, there is little doubt that he is the Andy Stern. That information helped establish the credibility of the visitor logs. Yet there are three “Andrew Sterns” who visited with group tours–are they just “false positives”?

What is the point of listing hundreds of thousands of tourists, if not to help create “false positives”? Eisen and the White House have created a haystack that can hide a needle. Considering that Eisen, a major Obama bundler in 2008, was responsible for smearing former Inspector General Gerald Walpin, and was elevated to an ambassadorship through a shady recess appointment, that hardly seems impossible.

Evidence has emerged to suggest the White House tried to manipulate media coverage of the visitor logs to create an impression of transparency. Indeed, Fitton reported to Congress that in the fall of 2009, Eisen “encouraged [Judicial Watch] to publicly praise the Obama administration’s commitment to transparency, saying it would be good for them and good for us.” Yet the White House still refused to provide all of the visitor logs.

In the name of “transparency,” the White House has turned the guest list into the “guess list.” Tragically, the media seem fine with that. Last week, representatives from Sunshine Week — funded by the hapless American Society of News Editors, among others — tried to give the president a “transparency” award. It was postponed — but when they hold the event, bloggers reporting the news the “real” journalists won’t report ought to beware: the Newsweek reporter in the visitor logs may not be that “Tunku Varadarajan.”

**UPDATE: ASNE has indicated that it declined to participate in the transparency award, and that the open-government activists at the White House last week did not represent Sunshine Week as an organization.