We’ve begun a battle of enormous consequence to our entire nation here in the great state of Mississippi. Abortion is on the November 8 ballot in Mississippi, in the form of an initiative to change the state constitution by defining “person” as any human from the moment of fertilization. The amendment is based on statements made by the judges who voted in favor of abortion during the Roe v. Wade oral re-arguments. 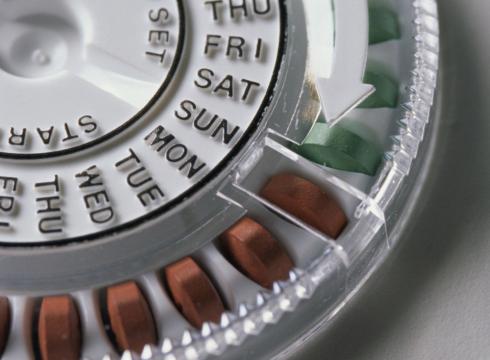 Unlike some other states, it is very difficult to get a voter initiative on the ballot in Mississippi; this year, we have three initiatives that would amend our state constitution, a truly remarkable feat. All three are key conservative issues in an overwhelmingly conservative state: abortion, voter identification, and eminent domain abuse.Personally, I’m hoping for a triple play, and voting “YES!” on all three. The issue that I am working on, however, is abortion.

When this battle is won in Mississippi, it doesn’t just set up a challenge to Roe v. Wade, it eviscerates that case and all of its unholy progeny. It gives a method by which every state in the nation can extend the most basic civil rights to the most innocent and deserving members of the human race — our unborn children.

When is a person a “person”?

All humans deserve equal protection of the laws and the right to due process, but the law only extends these rights to every “person.” Thanks to the outstanding work of Personhood Mississippi, we in Mississippi will have the chance to be the first state in the history of our union to define a “person” to include all unborn humans. Initiative 26 will define the term person as follows:

SECTION 33. Person defined. As used in this Article III of the state constitution, “The term ‘person’ or ‘persons’ shall include every human being from the moment of fertilization, cloning or the functional equivalent thereof.

If Mississippians vote Yes on Amendment 26, all human beings would be ensured equal rights in our state and protection under law, regardless of their size, location or developmental stage. Calling abortion “murder” will no longer be merely a moral judgment, but an established legal determination. In other words, abortion will be illegal.

Mothers in crisis will be protected from the greedy corporations that kill their unborn children and do immense medical and psychological harm to these mothers while reaping billions of dollars in profits. As a bonus, human cloning, embryo stem cell research, and other forms of medical cannibalism would be effectively stopped, necessarily focusing the attention of medical researchers on approaches that have been proven to actually work (like adult stem cells) and do not require the killing of an innocent person. This initiative also stops Obamacare from funding abortions in the state of Mississippi with your tax dollars; after all, anyone performing an abortion will be arrested.

Abortionists are spreading many lies about our initiative, but the truth is that all forms of contraception that merely inhibit the egg from hooking up with a sperm will still be legal and easily obtainable, and in vitro fertilization (IVF) will still be legal and as obtainable as it is now. (Unfortunately, this also means that the law won’t stop public schools from handing out condoms to your children, but let’s take these things one step at a time.)

As a father, husband, a “person” and most of all a Christian, I am thrilled with the intended result. As lawyer and a constitution-loving conservative, however, I must confess that I am also enamored with the process that is leading to this result. First of all, this is a people’s initiative, not a decision by seven old men in black robes playing gods. Voter initiatives are direct democracy, an expression of the will of the people. The contrast could not be greater: the most democratic form of state government rejecting the tyranny of the least democratic branch of our federal government. This truly is government of the persons, by the persons, and for the persons.

Civil rights: not just for the born anymore.

More than that, however, the idea behind personhood came from the very court case that has robbed 53 million unborn Americans of their right to “life, liberty and the pursuit of happiness.” During oral arguments on the infamous Roe v. Wade debacle, there are several times when personhood was discussed, including this chilling exchange:

Justice Potter Stewart: Well, if it were established that an unborn fetus is a person within the protection of the Fourteenth Amendment, you would have almost an impossible case here, would you not?

Ms Sarah Weddington: I would have a very difficult case. [Laughter]

Justice Potter Stewart: You certainly would because you’d have the same kind of thing you’d have to say that this would be the equivalent to after the child was born.

Justice Potter Stewart: If the mother thought that it bothered her health having the child around, she could have it killed. Isn’t that correct?

The Court thus made the point that the abortionists would lose “if it were established that an unborn fetus is a person within the protection of the Fourteenth Amendment,” and the abortionists’ attorney agreed. Why was this such an obvious conclusion? If you base the right of a mother to kill another “person” solely on “medical privacy” grounds, then a mother could legally kill any person regardless of whether the person’s date of birth is in the future or the past. If “medical privacy” is the only grounds to consider, and if an individual’s status as a “person” cannot be considered, then a mother could have her newborn or five year old killed out of “medical privacy” concerns.

But, an individual’s status as a “person” is all-important; it is the trump card of all trump cards. In order to allow abortion at will after “person” is defined to encompass all unborn children, Court would have to find that the right to medical privacy must be so inviolate that it becomes a license to kill other “persons,” who are just as much a “person” as the mother. Fortunately, every “person” is entitled to due process and equal protection of the laws, and a mother cannot legally kill any “person.” Thus, when an unborn child is constitutionally considered to be a “person,” said Justice Stewart, “this would be the equivalent to after the child was born.” In short, an (unborn) person is a (newborn) person is an (adult) person.

There’s a nice video/slideshow here of actual audio excerpts from the oral arguments, so you can hear for yourself the case that was made for the personhood amendment.

It is clear that once the legal definition of “person” includes all unborn children, then they are entitled to equal protection of the laws (such as our laws against homicide in its various forms) and due process. Their inalienable rights to life, liberty and the pursuit of happiness can no longer be denied to them by Planned Parenthood.

Justice Harry A. Blackmun: Well, do I get from this then that your case depends primarily on the proposition that the fetus has no constitutional rights?

Ms Sarah Weddington: It depends on saying that the woman has a fundament constitutional right and that the state has not proved any compelling interest for regulation in the area.

This remains the abortionists’ tactic today. In public hearings being held throughout Mississippi by our Secretary of State, abortion zealots make all the usual arguments about women’s rights, women’s health, focusing on jobs and socialist utopian healthcare schemes, blah blah blah, but they never utter a single word about the unborn child. On July 26, I joined many others who spoke on behalf of Initiative 26 in Hattiesburg. With both logic and passion we discussed the many adverse health and psychological effects on mothers, women’s rights, medical privacy, birth control issues and government intrusion into our lives — we are not monolithic in our arguments by any means. Yet we, the pro side, were the only ones to discuss the actual wording of the initiative, and we were the only ones to discuss the rights of the unborn. Indeed, we were the only ones to even mention the unborn.

Every day that we do nothing about the American Holocaust, thousands of innocent children lose their lives, and their mothers are brutalized by the most efficient killing machine since Nazi Germany: Planned Parenthood. Besides, if you want to restore America to its former greatness, and make it the world’s greatest defender of freedom and its engine of prosperity, your first goal must be to defeat and utterly destroy liberalism. This cannot be done without taking the holiest sacrament from the godless religion of Liberalism — abortion. Defeat abortion, and you defeat liberalism.

We are gathering momentum; Gov. Mike Huckabee will be here on September 8 to speak in support of the personhood initiative, and other speakers are being lined up. Yard signs are popping up everywhere, a true sign of a grassroots, citizens’ effort. What the Tea Party accomplished in 2010 was great, but what we’ll accomplish with this initiative will be the single most important piece of civil rights legislation in our country’s history. So pay attention to this fight; in several very real ways, our future as a nation depends upon it.