In the wake of President Obama asking America’s richest and most successful to do their patriotic duty and contribute their fair share to our Nation, more and more are refusing to be content with merely ostentatiously asking to have their taxes raised. The hot new trend in Democrat circles is taking personal action to show patriotism through concrete actions and real sacrifice. 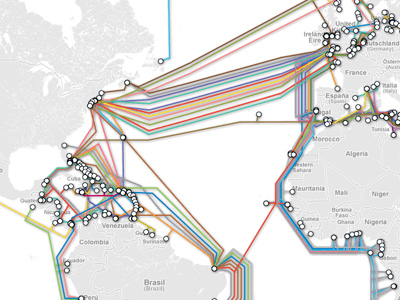 “I had a net worth of $200 million, so I wrote a check to the federal government for $199,999,900!” said high tech legend Frank Spindleman. The big-time Democratic contributor and pioneer in the field of foreign Internet drug store spam was inspired by the President’s call to action. Sitting in the open door of his new home, a beige 1973 Ford panel van parked down by the river, Spindleman is proud that he put his money where his mouth was.

Merely raise my marginal rates a little? That’s nothing to me. I wanted to really make a difference, so I gave the country everything. Sure, it’s a little less comfortable here than my mansion, and I’ve got fewer and lower quality hookers hanging around, but it’s worth it for the personal pride I feel in not being one of those loudmouth jerks pretending to sacrifice in order to impress the media!

One of the founders of leading Internet search engine Gaggle felt the same. Chet Vingly sold off his 401′ yacht, his Ferrari collection and his prized unicorn herd and sent all his cash to Uncle Sam.

I was listening to the President at a Beverly Hills fundraiser and lighting cigars with hundred dollar bills when it hit me – he was right! The people who rely on government support – cowboy poets, performance artists, people who have better things to do than supporting themselves – these are the people we need to really focus on. They deserve my money, not me. I only earned it, but they really, really want it. So, I think it’s pretty clear who’s entitled to it.

But for some, just giving away all their money isn’t enough. Democratic impresario and synergy industry mogul Lance Gordon gave up his corporate jet. He’ll be taking no more trips to his houses in Hawaii and Martha’s Vineyard.

Thanks to the President’s warnings about the threat posed by global warming deniers, I bike everywhere now. I mean, if you really, really believe that the science is settled and that climate change is real, you’ll absolutely stop flying around on private jets. I’d be an incredible hypocrite if I believed in global warming but still jetted everywhere. People would look at me and wonder why, if global warming was such a threat, all I was doing about it was having my butler separate my garbage into trash and recyclables. Heck, if I was such a blatant poser jerk as that I couldn’t look myself in the mirror.

But for some prominent and wealthy liberals, President Obama’s inspiring call to patriotism demanded even more sacrifice. Steve Berkley was a big-time Democratic bundler and the owner of the ubiquitous Buckstar’s Coffee shops.

Naturally, I agreed that my tax rate had to go up to 99%, but that was probably easier on me than on all those small business millionaires making $200,000. I didn’t want to just shoot my mouth off about sacrifice. I mean my country has given me so much that just giving the federal government all my money to spend on bailouts, deadbeats and pay-offs to political cronies wasn’t enough. So I enlisted as a private in the United States Marine Corps.

Today, where once Berkley was surrounded by a posse of eager servants quickly catering to his every whim, now the former tycoon is patrolling eastern Afghanistan with his squad mates.

The President was right – this country gave me so many advantages that I knew I had to pay it back somehow. But, if I had merely stood up in some public forum and drawn attention to myself with a lame request that my tax rate be raised when I know the GOP will never let that happen I’d lose all self-respect. I mean, what kind of posing tool does that? I’d be ashamed of myself. But here, I’m really doing something real, making a real sacrifice instead of just trying to look good for mainstream media liberal enablers. Anyway, I gotta go – Sarge says we’re moving out!

Thanks to the President, real sacrifice by liberals is coming back into fashion. In the Upper East Side of Manhattan and on the West Side of Los Angeles, military recruiting stations are swamped with rich Obama-loving kids of liberal parents heeding the President’s call to offer their fair share back to the country.

“Sure, I enjoy my Womyn’s Studies major at Bennington, and I was in line for some sweet acting jobs after I graduate, but President Obama is right – showing my patriotism is much more important than my personal needs,” said a be-noseringed 20 year-old who called himself by his parents’ nickname for him, “Special Snowflake.” He asked us not to use his name so as not to identify his father, a prominent Democratic contributor and Hollywood power player. “I mean, I have a father who will put me in movies ahead of people who have worked at their craft for years and actually have talent, so I feel I have a unique responsibility to society.”

Snowflake, who proudly noted that he had given up medicinal marijuana a month before to ensure he could pass the drug test (“No sacrifice is too great!”) wants to be an airborne Ranger because “I think those of us who have been given so much need to step up and do our fair share – and that means in uniform too.” Behind him, the line of tattooed, pierced, expensively-dressed young liberals snaked out of the recruiting station and into the BMW, Bentley and Mercedes-packed parking lot. Obama 2012 and “Coexist” bumperstickers abounded.

“I still want to be an actor,” Snowflake said, “But President Obama’s call to patriotism really puts things into perspective. I mean, I’m really proud that my generation of liberal Americans isn’t just a bunch of entitled, posing hypocrites who babble about solidarity with the poor and middle class but wouldn’t deign to share the risk of defending our nation with them. I could never live with myself if I was that kind of hypocritical, posing loser.”