On Fox Business’ Freedom Watch last week I sat down with Democratic strategist and former Chuck Schumer aide Christopher Hahn to discuss the ” Durbin amendment” to the Dodd-Frank Bill. If you are unfamiliar with the attachment to the bill, you may nonetheless be feeling the effects soon enough in the form of higher banking fees from checking account maintenance to debit card usage. 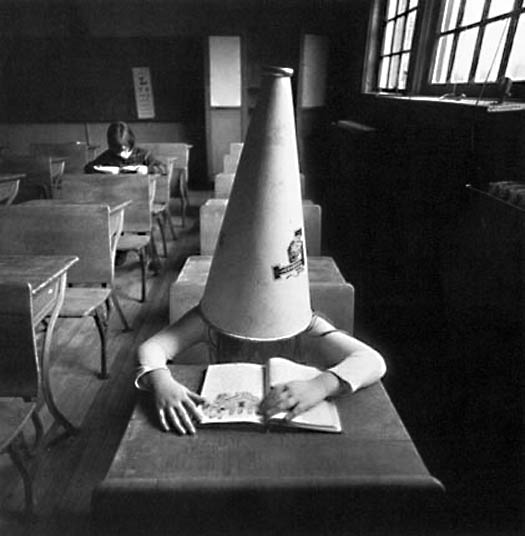 What the amendment (that went into effect on October 1st) does is place a cap on per-transaction “swipe fees” that banks charge retailers when purchases are made via debit cards. They used to charge retailers roughly 44 cents per transaction. Dodd-Frank limits this to 21 cents. Since these fees are absorbed by the retailers, it doesn’t take a Wharton Business School degree to see that the immediate beneficiaries of this government intrusion into the private sector are the so-called big-box, high-volume retailers such as Walmart, Walgreens, Home Depot, Target, and others.

Mr. Hahn may have offered the weak Democratic operative/apologist defense of the bill in that Durbin was just doing what Senators do by helping his constituents, but I made it a point to remind him that the populist senator’s constituents in this case are not the consumers in his state but rather Big Retail. The last time I checked, many retail titans are far wealthier than most Wall Street “fat cats” already. The Walton family’s combined wealth far outstrips Warren Buffett’s (or Bill Gates’, for that matter), making them the de facto richest family in the world. They are about to get a little wealthier as Walmart reaps its share of this estimated $7 billion annual windfall the Durbin amendment shifts from the banking to the retail sector.

As with every Washington meddling, for each winner there is a loser, and in this case there are not just one but two losers. The first one the Democrats certainly had in their Quixotic cross-hairs, but the second one is a group they actually claimed to be helping when imposing this price-control measure.

Loser 1: the banks, who will no longer make a profit per swipe transaction. In fact, since the average cost in terms of infrastructure maintenance is $0.27 per transaction, the banks are now actually losing money on a per-deal basis. JPMorgan Chase, for example, estimates they stand to lose $1.75 billion annually as the result of this new law. Bank Of America will lose another $1 billion.

Therefore, they must make up their losses somehow.

And this brings us to [drumroll]…

Loser 2: you, me, anyone who doesn’t keep their money in gold ingots buried in the back yard. Citing the impact of the Durbin amendment, the banks are compelled to increase fees elsewhere. And what easier way to make up the difference than attaching new fees onto once free or cheaper services? Say $5 per month for checking, plus a little something each month for using their debit card, etc.

President Obama predictably lashed out at the banks and their impertinent desire to make up the shortfall with his now typical politics-drenched-in-class-warfare admonition over the fees that his fellow Democrats’ amendment facilitated: “The banks,” he fumed, “don’t have some inherent right to get a certain amount of profit, if your customers are being mistreated.” That’s true in any business. It is called business ethics. But imposing a loss is a far cry from reigning in excessive profits! Where price controls are implemented against public utilities, for example, it is mandated that they still garner a “reasonable rate of return.” When Apple sells you an iPad they are making a whopping 57% profit margin. But that is quite alright. Banks, on the other hand–those evil institutions like TD and Bank of America, without whose services I could not run my companies–are given no such leeway.

Yes, but won’t this deal “allow retailers to hold down prices for the consumers” as the National Retail Federation claims? Won’t the Democrats’ consumer advocacy result in lower prices for John Q. at the checkout line? Please. A study by the U.S. Congress’s Government Accountability Office found that after Australia enacted interchange price controls for credit cards, there was “no conclusive evidence” that any of the Aussie retailers’ $1.1 billion in savings had been passed on to consumers. Common sense compels one to ask, why would Walgreens and Home Depot spend more than $40 million in 2010 employing over 400 lobbyists to have these fees reduced just so they could pass these hard-won savings on to us?

This amendment reeks of political gamesmanship with lobbyists calling the shots–on both sides of the aisle. Why would Senator Johnny Isakson of Georgia, a Republican who is paradoxically in favor of repealing Dodd-Frank while actually voting for the Durbin amendment, be suffering such dissonance? Could it be that Home Depot and Coca-Cola are both based in Altanta and lobbied him fiercely? In a rather surprising bit of candor, the senator admitted to the chairman of SunTrust, Georgia’s biggest bank, that he is “siding with Home Depot” on this?

And what about his esteemed colleague from Illinois? What’s Durbin’s angle? Is it mere coincidence that the heavily pro-retail amendment he authored came on the heels of Home Depot donating $20 million to various Illinois charities while also pledging to open up several stores in the Chicagoland area?

Besides the obvious odor of a corrupt bargain between big box retailers and their men on the Hill–of both parties, to be fair–besides the hit that consumers will take in banking fees (fees that affect lower income people more as wealthier individuals will escape many of them by maintaining high checking account balances)–besides Messers Obama and Geithner once again turning on the very people most necessary to drive any real recovery through financing and servicing businesses like mine, two questions remain:

First, if, according to the Democrats’ narrative that it was MBS, CDS and other Real Estate based derivatives abuse that got us into this mess necessitating Dodd-Frank in the first place, what on earth does regulating swipe fees have anything to do with that at all? Was this not meant first and foremost as a financial overhaul bill whose purpose was ostensibly to reform the OTC derivatives trading markets, not interchange rates between banks and their big-box retail clients? Why did this provision even make it in there? Actually, as Dick Durbin, Johnny Isakson and others will tell you, there are seven billion reasons why.

Now, to be fair, for those who think I am shilling for the banks, my view is that if the banks exploit this lemon to make it into lemonade by charging customers to the point where their new fees will surpass their Durbin losses, as some analysts have claimed they might, then shame on them. But at the same time, as I told Mr. Hahn, people are free to move their banking elsewhere. We move our banking around towards better service all the time, and you cannot throw a rock in my town without hitting some branch of some bank, big or small (the real squashing of choice in the marketplace seems to be coming from the growing power big-box retail, which just got a little richer and a little bigger thanks to Mr. Durbin, wouldn’t you agree?).

The overall point is that whether the banks overcharge now or just make up the losses in these new fees, the Durbin amendment is a big hit for the consumer at a time where they are squeezed enough.

So once again, the liberal rubber of good intentions (if you choose the high road analysis, which is suspect on many levels to say the least) meets the road of the law of unintended consequences. Does anyone in Washington understand what that law even means? Or do they just not care when there are bigger, more powerful and well-financed constituents to protect at the expense of the little guy whom they mendaciously claim to protect?