As so often happens in California, the worst of consequences comes from the best of intentions. “We need a system where voters choose the politicians, not where politicians choose the voters,” Governor Schwarzenegger proclaimed and so, with much fanfare, Californians passed Prop. 11 in 2008, hoping to change forever the way the state redraws its state office political boundaries every ten years. 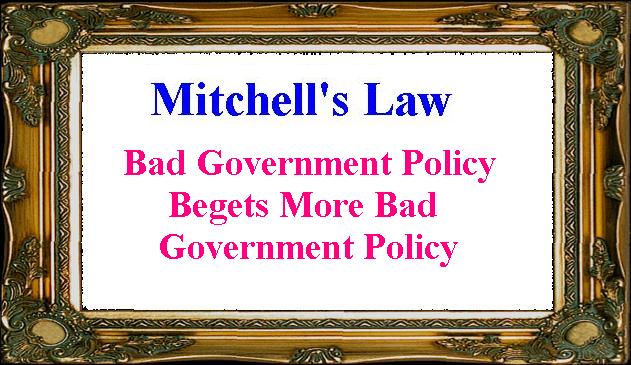 Proposition 20 passed in 2010 added the task of re-drawing the boundaries of California’s congressional Democrats to the California Citizen’s Redistricting Commission. Voters put redistricting in the hands of a supposedly indifferent citizens’s commission. Decisions were to be guide by public testimony and open debate, and not by state legislatures with their supposed self-interest and constituents to appease.

As part of a national look at redistricting, ProPublica reconstructed the Democrats’ stealth success in California, drawing on internal memos, emails, interviews with participants and map analysis. What emerges is a portrait of skilled political professionals armed with modern mapping software and detailed voter information who managed to replicate the results of the smoked-filled rooms of old.

The losers in this once-a-decade reshaping of the electoral map, experts say, were the state’s voters. The intent of the citizens’ commission was to directly link a lawmaker’s political fate to the will of his or her constituents. But as ProPublica’s review makes clear, Democratic incumbents are once again insulated from the will of the electorate.

In reality, politicians and parties working to advance their own interests often draw lines that make an individual’s vote count less. They create districts dominated by one party or political viewpoint, protecting some candidates (typically incumbents) while dooming others. They can empower a community by grouping its voters in a single district, or disenfranchise it by zigging the lines just so.

Over the decades, few party bosses were better at protecting incumbents than California’s Democrats. No Democratic incumbent has lost a Congressional election in the nation’s most populous state since 2000.

Part of the problem was the phrase “community of interest,” which was supposed to be the criterion on which the new districts were to be drawn. The California Democrats, meeting in secret in Washington D.C., used the phrase to great effect. Curiously enough, many of the “communities of interest” that were suggested were interests that favored the Democratic Party.

Take but one example, that of Judy Chu, congresswoman from San Gabriel Valley and Los Angeles. According to ProPublica, Chu worked with her aide to get a favorable district from the redistricting process. They worked with the Asian American Education Institute, a front group which worked with Paul Mitchell, a Democratic consultant, to create fictitious support for her community of interest.

..crucial last-minute testimony in favor of Chu’s district was delivered by Jennifer Wada, who told commissioners she was representing the institute and the overall Asian-American community. Wada did not mention that she lives and works as a registered lobbyist in Sacramento, 400 miles from the district, or that she grew up in rural Idaho, where most of her family still lives. Wada says she was hired by the institute to “convey their concerns about Asian and Pacific Islander representation” to the commission.

But the Asian American Education Institute’s “tax records show it had no full-time employees. Its website is barebones, and clicking on the “get active” button on the home page leads nowhere, simply returning users to the home page.”

It gets worse. The website’s domain name belongs to Bill Wong, a political consultant who worked on multiple Chu campaigns and helped elect her husband, Mike Eng, to Chu’s assembly seat. Chu and Eng paid over $10,000 to the Asian American Education Institute and Bill Wong in 2010 to 2011.

The otherwise great ProPublica article neglected to mention a few other things:

Wong not only consulted with the Chu and Eng campaigns, but served as Chu’s chief of staff in the Assembly and has donated hundreds of dollars to Asian Democrats personally. Wong even helped to provoke a campaign finance scandal in San Francisco mayoral race in November 2011 when the Californians for Trust, Responsibility, Unity and Empowerment PAC created an independent expenditure in violation of California law.

California state law states that a PAC controlled by a candidate cannot make independent expenditures. Wong, who served as Chu’s chief of staff, serves as treasurer of that PAC, which had no money in its coffers before Chu gave it a $500,000 contribution in 2009. Indeed, until it received two more contributions in the run up to the mayoral election, the Chu contribution was the only money in its bank account. Nearly all of the campaign’s contributions are doled out to local politicians in and around Chu’s San Gabriel Valley district. Two of its largest contributions went to city council races in Monterey Park, where Chu was Mayor and served as a member for thirteen years. It seems as if Chu’s PAC, run by Wong, serves as something of a patronage scheme.

For someone with all of these local ties, it sure does seem interesting that Chu felt the need to go to Jennifer Wada, a native Idahoan-turned-Sacramento lobbyist to testify on her community. Couldn’t she have just called up one some of the members of the district?

It becomes more apparent what was going on when we look to Jennifer Wada’s involvement with the lobbying firm she created in Sacramento. The W Group’s lobby philosophy, according to Wada, is revealingly “it doesn’t always have to be done the way it has been done in the past.” Apparently it doesn’t have to be done according to the rules of the game, either.

“We are one of the youngest lobbying firms out there, and we are a woman-owned, minority-owned business,” explains Wada to Sacramento Magazine in 2010. “We formed for two reasons: first, to give back to the community and be part of the fabric; and second, to reflect more the demographic in the legislature, where there is a pool of much younger, progressive, diverse legislators.” But that diversity looks to be at the expense of the people and their citizen initiative.