While many conservatives rightly admire Republican presidential hopeful Ron Paul’s principled economic and constitutional views, they are often bamboozled, even appalled, by the Texan’s defense and foreign policy ideas. 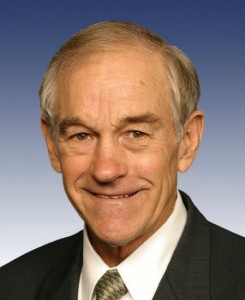 It seems, that when it comes to defense, Ron Paul is stuck in 1776. He seems not to realize that America’s enemies, real or potential, Russia and China, and Iran chief among them, have a very long reach. The continental US is only partially protected by the Atlantic and Pacific Oceans . The enemy can now attack the American homeland with ICBMs, biological weapons, cyber warfare, dirty bombs smuggled across the Mexican border – any number of deadly methods of mass destruction.

Just as frontier forts would have outposts to warn of Indian attack, the US needs people all over the world to protect not just her friends and allies, but the American homeland itself.

Why then does Ron Paul, a man so supremely rational in many areas, have such a blind spot when it comes to US national security?

The answer, in my opinion, is that Ron Paul’s justified distrust at the growth of government power in many unconstitutional areas, has irrationally created an antipathy to Federal Government activity in one of its few legitimate areas – national defense.

Further, Ron Paul’s libertarian suspicion of big government defense spending , has been deliberately fostered and encouraged by the most anti libertarian elements in the land – the US hard left.

Ron Paul, and many libertarians think they can work with the left to achieve libertarian ends.

The hard bitten Leninists and disciplined Marxists of the left know they can use naive libertarians to achieve their ends – particularly to gut America’s defenses to the benefit of their foreign masters.

In short, the US left is using Ron Paul and other libertarians, to do what their armies and intelligence services have long dreamed of – destroying America’s military superiority, and with it, US national sovereignty.

By promoting the left’s defense policies, Ron Paul, a man of patriotism beyond question, could be unknowingly betraying his own country to its enemies.

The degree to which Ron Paul buys into leftist anti defense views was well illustrated in 2010.

That year, The Sustainable Defense Task Force was formed in response to a request from far left Massachusetts Democratic Representative Barney Frank , working in cooperation with Representative Ron Paul and Oregon Democratic Senator Ron Wyden; to “explore possible defense budget contributions to deficit reduction efforts that would not compromise the essential security of the United States”.

What did the much heralded report recommend?

Daniel Greenfield of the excellent Sultan Knish blog, points out that many of the groups contributing to the report were funded by the notorious leftist billionaire, George Soros.

But Soros was not the only sinister influence here. Several report contributors had direct ties to the Marxists of Democratic Socialists of America, and indirect ties to the Communist Party USA . Members of both organizations have been convicted of spying for hostile foreign powers. Both have ties to radical regimes such as Cuba and Venezuela. Both want to overturn US capitalism and replace it with Marxist socialism.

Other contributors have ties to the ultra-leftist Institute or Policy Studies, once described by British analyst Brian Crozier, as the “perfect intellectual front for Soviet activities which would be resisted if they were to originate openly from the KGB.

Barack Obama in 1994, with Council for a Livable World chairman, and Democratic Socialists of America affiliate , Jerome Grossman

On February 4, 2010, the Council for a Livable World announced that David Bonior would become the next chair of PeacePAC, the organization’s arm that endorses candidates for the U.S. House of Representatives. At the time Bonior commented,

“I am honored to be selected as the next chairman of PeacePAC. I look forward to working with the experts on the committee’s Board of Directors to endorse and help elect strong, progressive candidates in the 2010 elections.

A former Democratic Party Whip, Bonior has, since 2007, been an open member of Democratic Socialists of America.

It is important to note that George Bush has now fully joined the ranks of wartime Keynesians. He has a majority coalition with Democrats to spend the country out of the recession it is now entering. In the short term the left in this country cannot hope to advance a better option. We must instead focus on deepening our analysis and story of this time in history so that when our country tires of vengeful war and its repercussions we have done the groundwork to lead the country in a different direction.

Part of that story should be that 90+% of military investments have nothing to do with countering terrorism or with defending our homeland and that if we desire not to be a target of terrorist hate in the future we need to change our country’s stance in the world.

The economic self-interest of contractors is an important fact of the political economy, but the central impetus for high military budgets comes from the utility of military power to US elites in their efforts to enhance their position of dominance across the globe. We are seeing that power in action now.

Connetta and Knight’s organization is the lead project of the Boston based Commonwealth Institute.

Interestingly, four of the Institute’s seven board members have been identified members of Democratic Socialists of America – Charles Knight, Richard Healey, Guy Molyneux and Cynthia Ward. A fifth, S. M. Miller has at least been a long time D.S.A. affiliate. Richard Healey is the son of the famous, late California communist Dorothy Healey, and is a former staffer with the Institute for Policy Studies. Healey also serves on the board of Rosenberg Fund for Children, which is run by the sons of executed Soviet “Atom Bomb spies’, Julius and Ethel Rosenberg.

One notable former board member of the Project on Defense Alternatives, was Dr Philip Morrison, Professor, Emeritus, Massachusetts Institute of Technology, who died in April 2005. Morrison had been a Communist Party member, a Manhattan Project scientist, and was suspected of being a Soviet spy – code names “Relay” or “Serb”. 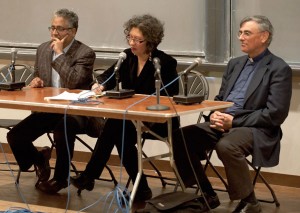 Clearly Ron Paul and Barney Frank’s Sustainable Defense Taskforce was totally dominated by the hard left – people with an interest in transforming America through socialist revolution.

How did get Ron Paul get sucked into this leftist scam? Did he not care who wrote his country’s defense policies? Did he not do due diligence on the people he entrusted with such a huge responsibility?

Either Ron Paul was extremely negligent in checking the bona fides of those he entrusted with such a vital responsibility, or he just didn’t care that anti – American Marxists were involved.

I think Ron Paul was probably negligent. He was o blinded by his own prejudices, that he was willing to a deal with the devil to get publicity for his cause.

That a serious contender for the presidency of the United States could be so careless over such a vital issue speaks volumes about his judgement.

Ron Paul may have blinded by the left, but he is guilty of at least partially closing his eyes of his own accord. Candidate Paul should publicly admit his error, and vow never to repeat it, or he should leave the presidential race and return to Congress.

Ron Paul is the best there is on financial and economic matters. That is the field where he can best serve his country, and the cause of liberty.

unfortunately, he clearly doesn’t have the understanding of defense issues required of a man who aspires to the highest office in the free world.