While over 100,000 people were expected to show up at today’s ceremonies marking the 50th anniversary of Martin Luther King, Jr.’s “I Have a Dream” speech, late estimates put the crowd numbers at 20,000. Mike Levine of ABC News reported at 2:10 p.m. ET that unofficial crowd estimates from law enforcement sources put the number at “over 20,000.” 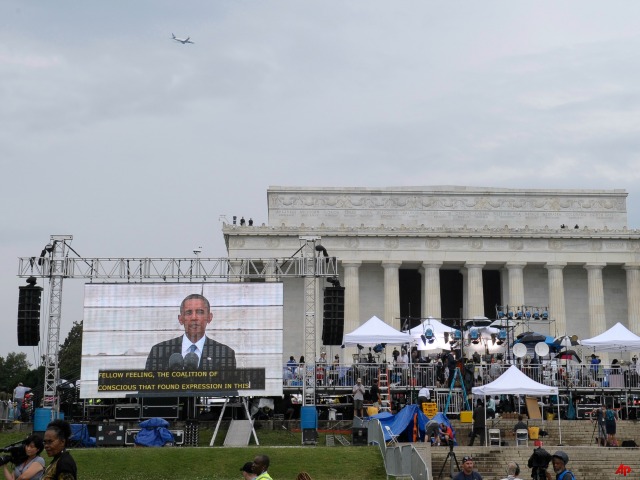 Barack Obama on the big screen speaking at the Lincoln Memorial. 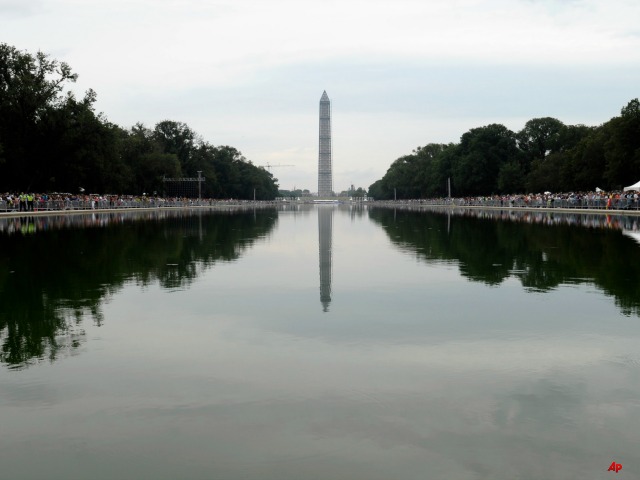 Crowds around the reflecting pool in front of the Washington Monument. 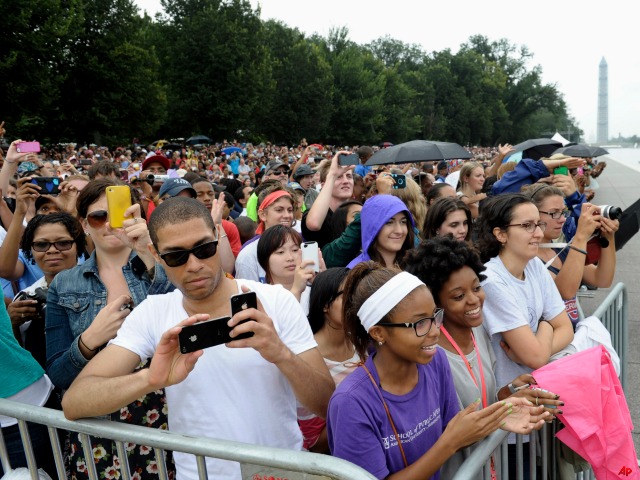 Crowds behind barriers applaud the arrival of President Obama. 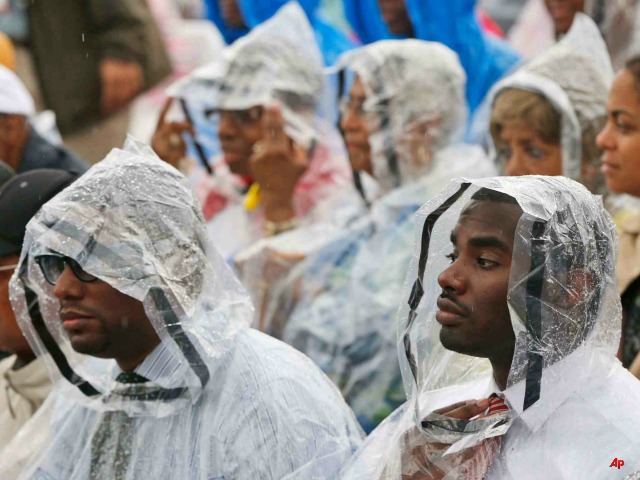 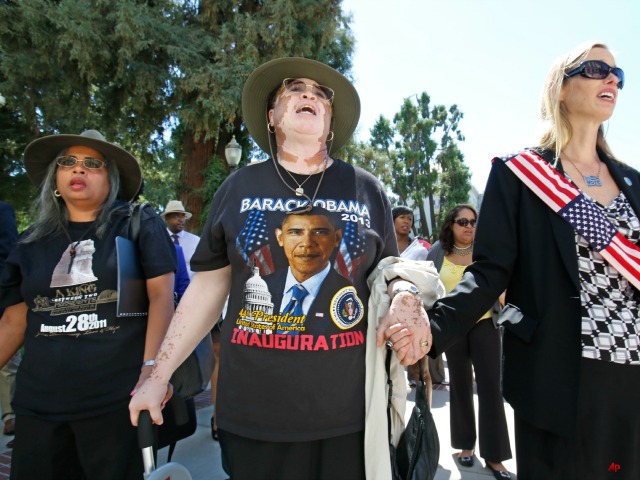 An attendee wearing a Barack Obama t-shirt sings with others accompanying her to the rally.

The original March on Washington was attended by anywhere from 250,000 to 1 million people. The “I Have a Dream” speech was attended by an estimated 200,000 Americans. By way of contrast, according to the Christian Science Monitor, somewhere between 78,000 and 96,000 attended Glenn Beck’s 2010 rally on the Mall in Washington.