SOUTH PORTLAND, Maine (AP) — A Maine woman’s decision to seek a kidney donor by putting a personal plea in bright yellow letters on her car has paid off.

Christine Royles of South Portland, who suffered kidney failure because of an autoimmune disease, went on the national waiting list to find a donor, but decided to take matters into her own hands.

The 24-year-old waitress and mother of a 2-year-old boy painted an appeal on her car’s rear window, along with a phone number, according to the Portland Press Herald ( https://bit.ly/1BVLJ6I ). 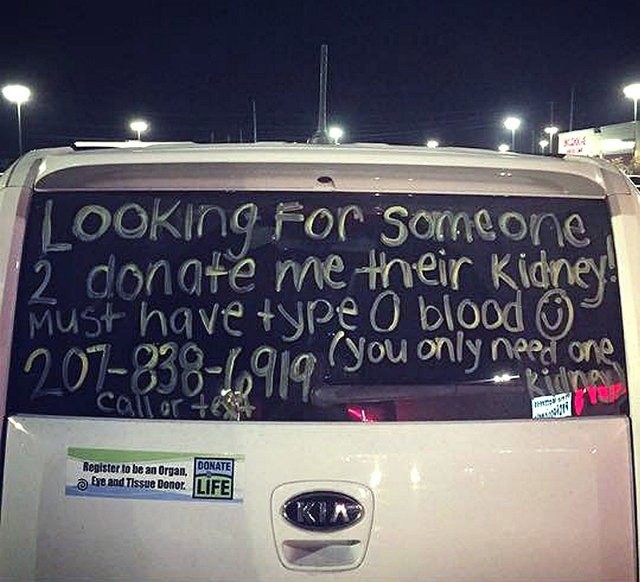 Josh Dall-Leighton, a 30-year-old corrections officer from Windham and a father of three, saw the message during an outing with his family. “I just looked at my wife and said, `I have to try,'” he said.

After learning he was a potential match, the two met face to face last week. Final testing should be completed in a few weeks, and surgery is tentatively scheduled for May.

People in need of an organ transplant are increasingly expanding their search beyond the national donor list and family members and friends, said Sean Roach, spokesman for the National Kidney Foundation.

“We see people using social medial or putting ads out for altruistic donors,” Roach said. “It takes a lot of courage to put yourself out there like that.”

Although humans are born with two kidneys, it’s possible to function just fine with only one of the organs, which filter waste from blood, said Jen Dalton, the clinical coordinator at Maine Nephrology Associates. But donors need to be tested regularly for kidney function and watch their weight and blood pressure.

“I’m shocked that someone is going to do this for me,” she said. “The fact that someone with a young family is going to take time off work to help some random person is unbelievable to me.” 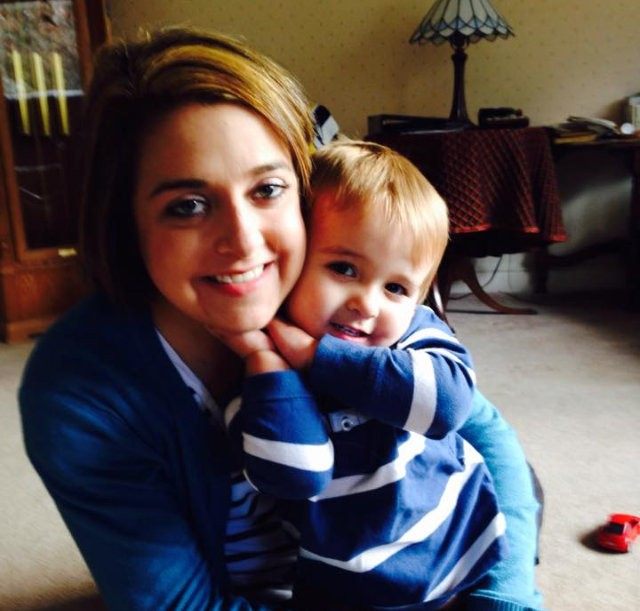