On April 11 Moms Demand Action for Gun Sense in America held a rally attended by approximately 150 people in Nashville to protest the approximately 70,000 NRA convention attendees who have flooded into the city. 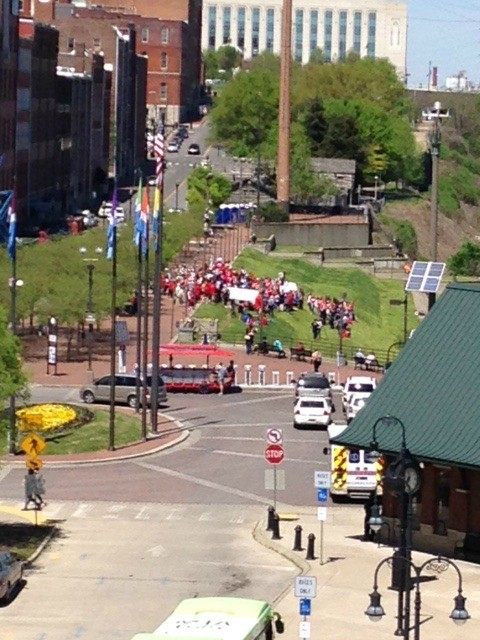 Breibart News attended the rally and listened to group founder Shannon Watts cheer the fact that legislation to arm women for self-defense on campus has been defeated in some states. She also cheered the fact that West Virginia Governor Earl Ray Tomblin (D) ignored lawmakers in his own state, standing instead with Moms Demand Acton and Senator Joe Manchin (D-WV) in opposition to Constitutional Carry.

Watts said her group has “accomplished amazing things” since they came into existence “two and a half years ago.” She then provided this example of accomplishment: “We said we’d keep pressure on Congress, and we have.” She did not mention that the Democrat controlled Senate rejected Moms Demand-backed expanded background checks in April 2013 or that the American people rejected Moms Demand Action’s message en mass during the 2014 midterm elections.

But who did these voters vote for? After all, Moms Demand Action lost the Senate in 2014.

Watts outlined states in which Moms Demand Action is trying to ban private gun sales via universal background checks. Those states include Nevada, Maine, and Oregon. She did not mention that Campus Carry is on the move in Nevada; that the Maine State Police support the push to abolish the concealed carry permit requirement in that state; or that Oregon Sheriff Glenn Palmer says the universal background check movement is “borderline treasonous” and he will not enforce it.

Instead, Watts looked at the 150 people gathered at her rally and said, “Together, we are shining  the spotlight on extremist policies that the gun lobby used to pass in the dark.”