Ann Coulter, the 10-time New York Times bestselling author who just came out with a new book, Adios America, about immigration, is ripping President Barack Obama’s National Institute of Health (NIH) for hiding the identity and immigration status of a foreigner from India who brought extremely drug-resistant tuberculosis into the United States.

“I see why they won’t give out her name—at least until the U.S. taxpayer is forced to pay for her nearly half-million dollar treatment,” Coulter said in an email late Monday. “If we’re paying, we get her name. But why won’t the government tell us if she’s an immigrant—i.e. whether government policy brought a drug resistant disease to our shores? Could they at least tell us if she was transporting 12-year-old sex slaves to America, like that other model Indian immigrant, Lakireddy Bali Reddy?” 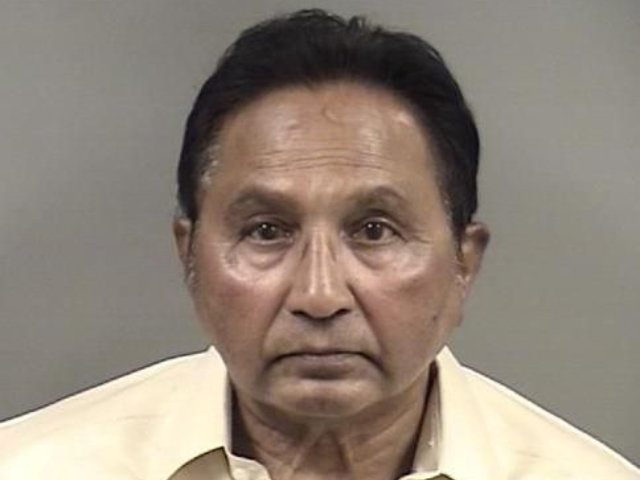 Bali Reddy, the other Indian immigrant to whom Coulter refers, was convicted of using America’s weakly enforced immigration system to run a giant sex trafficking ring with minor women.

Coulter’s reaction to the Obama administration’s health authorities hiding the identity of the foreigner from India—whose immigration status is unknown—comes after an NBC News report that that foreigner brought into the United States a severe case of drug resistant tuberculosis.

“A female patient with an extremely hard-to-treat form of tuberculosis is being treated at the National Institutes of Health outside Washington D.C., and federal and state officials are now tracking down hundreds of people who may have been in contact with her,” NBC News’ Maggie Fox wrote. “The woman traveled to at least three states before she sought treatment from a U.S. doctor. While TB is not easily caught by casual contact, extensively drug resistant (XDR) TB is so dangerous that health officials will have to make a concerted effort to warn anyone who may be at risk.”

“The patient was transferred to the NIH via special air and ground ambulances,” the NIH, the official federal government health facility just outside Washington, D.C., told NBC. “The patient is staying in an isolation room in the NIH Clinical Center specifically designed for handling patients with respiratory infections, including XDR-TB. The National Institute of Allergy and Infectious Diseases (NIAID), part of the NIH, is providing care and treatment for the patient in connection with an existing NIH clinical protocol for treating TB, including XDR forms. NIAID has treated other XDR-TB patients in the past under this protocol,”

With this strain deadly tuberculosis, NBC News noted, only about a third to half of cases can be cured.

It wasn’t until later in the story that NBC News—and the Centers for Disease Control and Prevention—revealed the person afflicted was a foreigner from India.

“It’s not clear why the patient traveled so much before seeking treatment, the Centers for Disease Control and Prevention says,” NBC News wrote, before quoting CDC which made the admission.

“The patient traveled in April from India to the United States through Chicago O’Hare airport,” the CDC told NBC News. “The patient also spent time in Missouri and Tennessee. Seven weeks after arriving in the United States, the patient sought treatment for and was diagnosed with active TB.”

Coulter’s new book, Adios America: The Left’s Plan To Turn Our Country Into A Third World Hellhole, details several instances where the government and mainstream media cover up the fact that immigration policy in many cases leads to instances like the tuberculosis one unfolding right now. Coulter’s book also hammers former Florida Gov. Jeb Bush, and especially Sen. Marco Rubio (R-FL), for their support for open borders immigration policies that continue to bring people into America that harm instead of help the country. Rubio’s team has consistently refused to respond to Coulter’s book, even though the senator continues to push for amnesty for illegal aliens.

This is hardly the only time that immigration has played into vital national health issues in recent months. Of course, right before the midterm elections, the Ebola scare in Africa migrated to America as a Liberian man, Thomas Eric Duncan, lied to immigration officials to get out of his Ebola-stricken nation into the United States. Before he died, he infected several America health professionals. The situation could have been entirely avoidable has President Obama shut off immigration to and from Liberia and other Ebola-inflicted nations.