Apparently Wilson was responding to Coulter tweeting out a Breitbart News article from Monday detailing his bizarre decision to politicize a rape threat Wilson claims was made against his daughter. 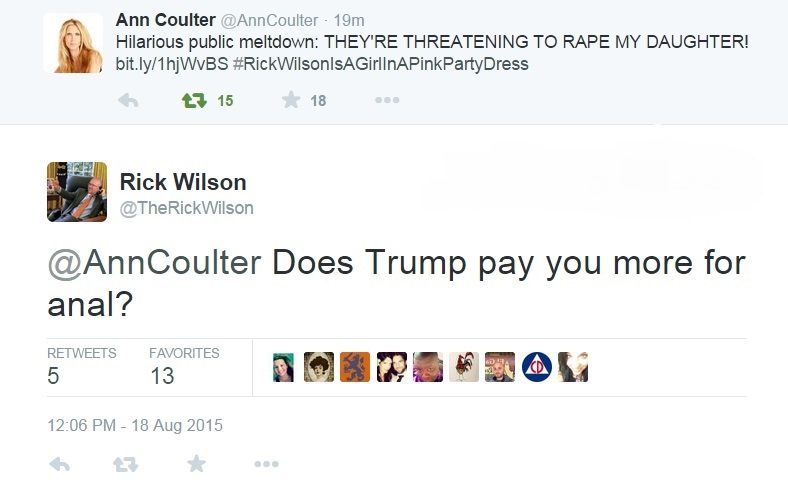 This is just the latest from Wilson, who is also a writer for Politico, Ricochet, and The Federalist.

Friday on CNN, Wilson attacked 25% of the Republican base as “low information voters.” Just two days later he publicly politicized the rape threat against his daughter. Twenty-four hours after that he’s publicly accusing Coulter of being a prostitute.