Arizona’s Sheriff Joe Arpaio did the unthinkable: He had his deputies arrest illegal immigrants. The result has been that the U.S. Department of Justice singled him out and set out to crush him with all of the weight they can throw around. The message from the Obama administration is clear: If you even try to stem the flow of millions of future Democratic Party voters, we will destroy you. Mainstream media, forever loyal to “the fight,” has taken up the joint DOJ/ACLU effort and consistently delivers dehumanizing mockery and disrespect to the sheriff’s plate. 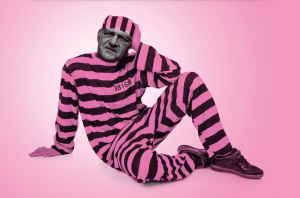 Maricopa County Sheriff Joe Arpaio took the stand in his contempt trial before federal Judge G. Murray Snow Wednesday afternoon. And he relied on some of his favorite ploys, ones I’ve seen him use in deposition after deposition, trial after trial.

There’s the inevitable cold. He always seems to be under the weather when he testifies. And sure enough, after he was sworn in at 4:30 p.m. on day four of his trial, he seemed to be nursing a catarrh, his voice more gravely than normal.

His interrogator, plaintiffs’ attorney Stanley Young, asked how he was.

Best I can figure, this is a tactic meant to garner sympathy. Perhaps he thinks his questioners will go easy on him, given that’s he’s (allegedly) ailing.

Then there’s the old-man shtick, where suddenly he owns every one of his 83 years on this earth and then some.

Arpaio pulled this on Young, as well, acting as if he were hard of hearing, or just auditioning for the all-geriatric version of Dumb and Dumber To.

Young was showing the sheriff videos in court from Arpaio’s personal stash, which Arpaio keeps in his office. This vanity library spotlights Joe’s favorite subject, himself.

Arpaio is the sheriff of Arizona’s Maricopa county. It sits immediately north of the Tohono O’odham Nation, an American Indian reservation that takes up a hug swath of the U.S.-Mexico border. The nation’s traditional tribal lands extend across the border into Mexico–a reality that helps the region be easily exploited by the various factions of the Mexican Sinaloa Federation in their effort to smuggle narcotics into the United States. The area immediately south of Arpaio’s county is riddled with warning signs posted by the U.S. government that read, “CAUTION: Smuggling activity is common in this area due to the proximity to the border. Be aware of your surroundings at all times.” 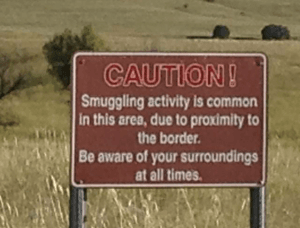 Even the far-left Huffington Post acknowledges the problems Sheriff Arpaio’s county faces due to illegal border crossings and cartel narcotics smuggling. They wrote:

Regardless of whether or not it can be considered the Kidnapping Capital of the U.S.A., Phoenix has become a hub for illicit activity, with the state serving as the largest drug gateway into America. And with drugs comes violence. To provide context, in 2012 Phoenix had an average violent crime rate of 373 per 100,000–beating out the national average by 159. That same year, New York City had an average of 343.3 violent crimes, despite a much denser population (8.4 million compared to Phoenix’s 1.5 million.) In a 2013 report compiled by the Arizona Department of Public Safety, Maricopa County, which houses Phoenix, saw a total of 18,334 drug-related arrests. And with an ounce of meth worth 10 times as much as gold, the war shows no signs of slowing. (On Oct. 28, 2014 gold was $1,230 an ounce, compared to estimates around $800 an ounce for cocaine, with prices rising as it crosses state lines.)

Outside of Phoenix, smugglers are utilizing Federal and State Parks as pathways into the United States, headed for the more lucrative trade centers on the East Coast (90% of the drugs smuggled through Arizona travel out of state, with Chicago quickly becoming one of the largest trading hubs.) Signs in state and federal parks, such in the 3,500-acre Buenos Aires National Wildlife Refuge, warn visitors of an “Active Drug and Human Smuggling Area. If you see Suspicious Activity, Do Not Confront.” Where travelers were once warned of bears and coyotes, these smugglers are quickly becoming the new carnivores.

Regardless of the dangers the residents of Maricopa county repeatedly elect Sheriff Arpaio to address and take care, the DOJ and their media allies insist that the sheriff is racially-profiling by asking people they pull over is they are citizens and by being vocal about how and why the failures of the federal government are risking the lives of the citizens he is tasked with protecting.

DISCLOSURE: The author previously spoke at an event that included Sheriff Arpaio as a speaker.