New Canadian Prime Minister Justin Trudeau has been fêted for his heartthrob status, his shirtless photos, and his mop of tousled hair. Unfortunately, that’s all that distinguishes him from Bernie Sanders.

Within 24 hours of his election, Trudeau announced that he would pull Canada out of the war against the Islamic State. At a press conference conducted in French, Trudeau said he had spoken with President Obama about “the commitments I have made around ending the combat mission.” Canada, said Trudeau, is still “a strong member of the coalition against ISIL,” but he said that his Liberal regime would be “moving forward with our campaign commitments in a responsible fashion.” 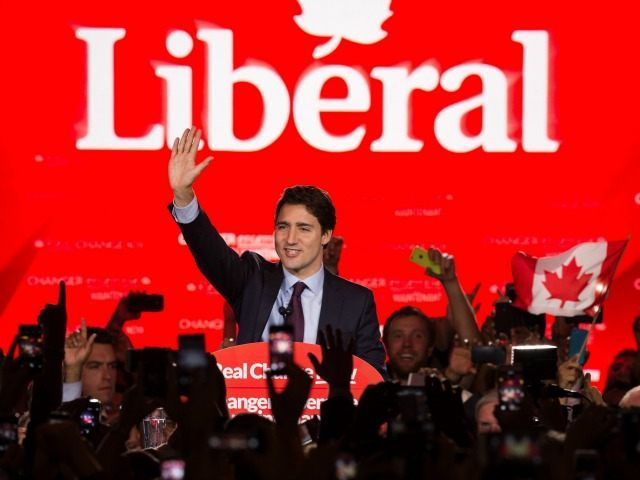 That’s no surprise coming from the uber-leftist Trudeau, who said back in July that Canadian terrorists shouldn’t be stripped of their citizenship under Bill C-24, which would allow the Canadian government to remove citizenship from dual citizens convicted of terrorism, treason, or espionage, according to the Huffington Post. Trudeau said, “I’ll give you the quote so that you guys can jot it down and put it in an attack ad somewhere that the Liberal Party believes that terrorists should get to keep their Canadian citizenship. Because I do. And I’m willing to take on anyone who disagrees with that.” Trudeau also told the biggest Islamic conference in Canada that he would repeal C-24.

Trudeau’s sudden love for radical Islam isn’t so sudden. As the Toronto Sun reported, Trudeau met with members of a radical mosque labeled by U.S. intelligence as an al Qaeda recruitment center in March 2011. Trudeau claimed he knew nothing about that, but CBC had done a full expose of the mosque in 2006.

He’s also a tepid supporter of Israel. In 2015, he trivialized the Holocaust by comparing it to government actors not supporting the wearing of the Islamic niqab by women. “We should all shudder to hear the same rhetoric that led to a ‘none is too many’ immigration policy toward Jews in the ‘30s and ‘40s being used to raise fears against Muslims today,” he said.

Trudeau places all of this support for radical Islam under the rubric of multiculturalism; he explained, “Liberals believe in a Canada that is united, strong not in spite of its differences, but precisely because of them.”

And Trudeau’s love for tyrants crosses all religious and ethnic boundaries. In 2013, Trudeau announced, “There’s a level of admiration I actually have for China. Their basic dictatorship is actually allowing them to turn their economy around on a dime.” That, of course, was wrong both morally and factually: China is a brutal tyranny, and their supposed economic boom is at least half-fake, given their artificial boost through inflation, which ended this year in a stock market collapse. Trudeau sounds very much like Barack Obama circa 2011, when he said that it would be easier to be president of China.

Trudeau wants to use the government of Canada to crack down on private business, supporting a bill that would add “gender identity” and “gender expression” to protected classes under criminal law. Effectively, this means that all businesses would be subject to the whims of their employees as to what sex the employees think they are that day. Firing someone for cross-dressing at work would become illegal. 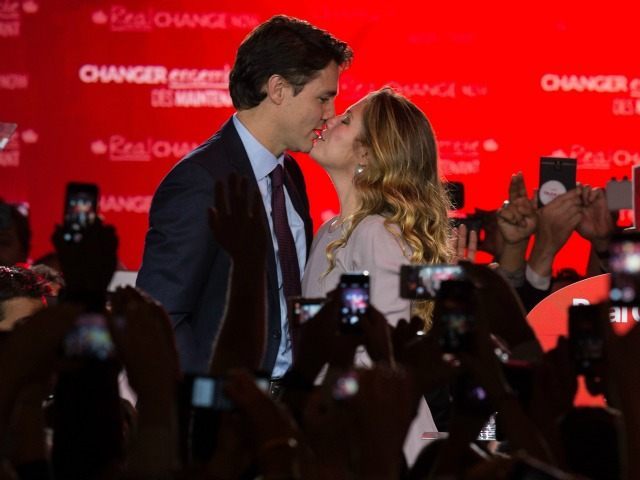 That’s just the beginning of the agenda. Trudeau wants climate change legislation, an actual quota for women in government, more gun control, legalized pot, and perhaps even legalized euthanasia and prostitution. Most of all, he wants to dramatically raise taxes on the rich.

More fundamentally, Trudeau wants to use the power of Canadian government to permanently enshrine a leftist power base. In June, he said he would push rules making voting mandatory and make it easier for far-left parties like the Green Party to receive seats. Trudeau also wants to discard “first-past-the-post” voting, which allows someone to win with a plurality of votes rather than a majority.

Trudeau is the Canadian Sanders – or Hillary Clinton. But being a heartthrob has no bearing on the success of socialism, as Argentinian president Christina Fernandez de Kirchner demonstrates in living color.

Ben Shapiro is Senior Editor-At-Large of Breitbart News, Editor-in-Chief of DailyWire.com, and The New York Times bestselling author, most recently, of the book, The People vs. Barack Obama: The Criminal Case Against The Obama Administration (Threshold Editions, June 10, 2014). Follow Ben Shapiro on Twitter @benshapiro.