Journalists gathered at the home of Syed Farook and Tashfeen Malik, the terrorists who carried out Wednesday’s attack in San Bernardino, will not talk about whether they had permission to storm inside.

Breitbart News’ Michelle Moons and Raheem Kassam arrived on the scene shortly after MSNBC, CNN, and other networks burst through the door, which had been opened with a crowbar after the landlord allegedly gave permission to journalists to enter.

Inside, journalists poked in every corner, handled documents, held Qurans and stuffed animals up to the cameras, and generally trampled through what was, at least until recently, a crime scene and potential intelligence resource. 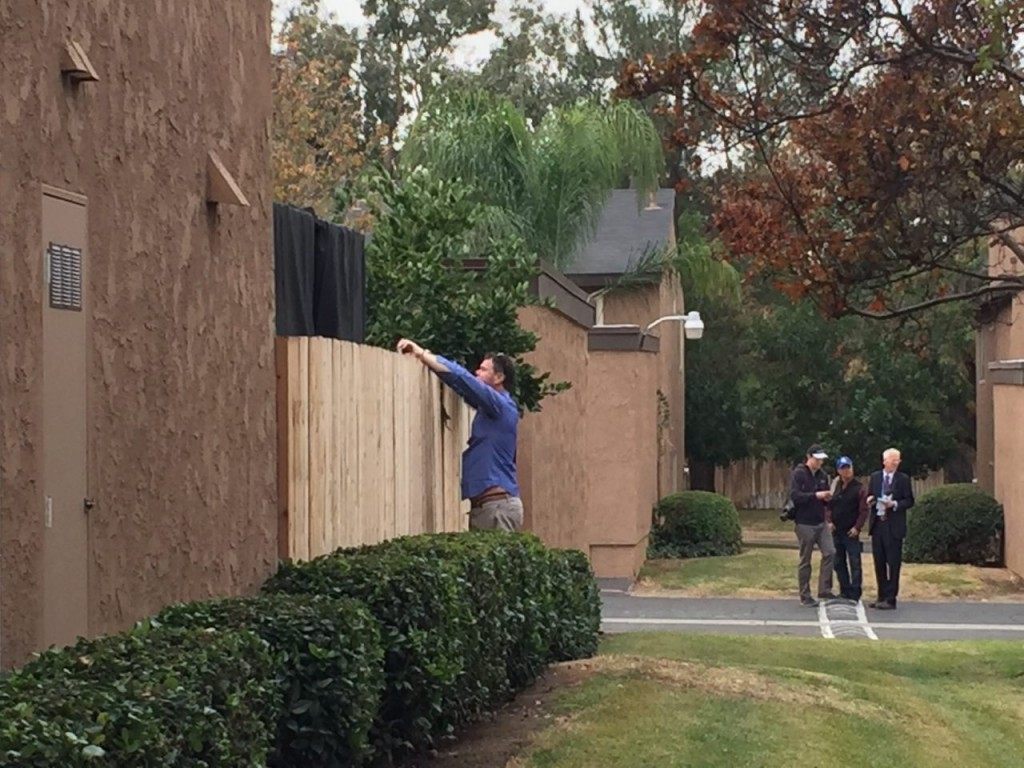 Moons photographed one journalist attempting to peer over a boarded-up fence (above).

There are reports that journalists did not actually have permission from the San Bernardino Police Department to enter the apartment. Journalists refused to go on record, according to Moons.

Breitbart News has reached out to San Bernardino police for comment.

Moons found the crowbar, and pieces of wood, still by the doorway, which appears to have been re-sealed, though there are still apparently journalists reporting from inside the premises.

CNN’s Anderson Cooper claimed that “police have released the crime scene.” A CNN analyst was shocked by the entry, saying it should not have happened. “I’m shaken,” he told Cooper.

Update: The FBI’s David Bowdich told reporters at a press conference: “Once we turn that location back over to the occupants… once we board it up… that’s got nothing to do with us.”

Update 2: Breitbart News’ Adelle Nazarian spoke to FBI spokesperson Lourdes Arocho, who said: “The search at that location was over. And it was returned back to the owner.” She added that “the scene was cleared by the FBI.”

An officer at the Redlands Police Department said, “It was my understanding that the FBI cleared the scene last night. Apparently the homeowner showed up today and let the media in…As of about an hour ago, they boarded it back up.”